You can hear many an odd story around the world, but have you ever heard of the tale of the witch windows in Vermont homes? Today, we’ll enlighten you all about these unique windows.

Read on to learn about what they are and their origin. Maybe, you’ll consider putting a witch window in your home when done reading. I mean, we’re all a bit odd, right?

What Is a Witch Window?

A witch window is a slanted window you can find in many farmhouses built in the 1800s in Vermont. Builders would place the window at the gable-end wall and rotate it 45 degrees. The length ran parallel to the slope of the roof.

This window style has also been called a Vermont window for the state in which it originated. Another common name is a coffin window. If somebody died on the second floor, they could easily take the coffin out of the slanted window instead of carrying it back down the steep stairs. Never mind the fact that they still had to get the coffin down from the roof after taking it out via the window. Other names include sideways and lazy windows because of their slanted positioning.

But why call it a witch window? The story behind witch windows is about preventing witches from entering a house. In the 19th century, Vermont primarily consisted of small farming communities. With the historical events of witch trials still not being too far in the past, many people continued to believe in witches.

As the superstition goes, they also believed that adding a slanted window near the roof of their house would prevent witches from entering. Why? Because they couldn’t tilt their brooms to the required 45-degree angle to enter.

It doesn’t appear that the folks of old were too worried about them coming in through any of the other many windows throughout the house. But that is how superstitions work. They don’t always make sense.

Traveler’s Tip: Are you brave enough to visit the Haunted Wilson Castle in Vermont?

What Is the Real Reason Homes Have a Witch Window?

But in all reality, the witch window’s origination had more realistic purposes than preventing a witch from entering. Small towns and remote farming communities had limited resources.

The construction of witch windows had more practical reason. Overall, these tilted windows near the roof is because it’s much easier to use a regular window than to have one custom-made to fit that tiny space.

But why have a window near the roofline on the second floor in the first place? Many of these farmhouses were built before electricity, making daylight quite precious. The more windows in tight dark areas like second floors, the better. Another theory is that it increased airflow in the warmer months. Again, the more windows, the more ventilation.

Does Every Home in Vermont Have a Witch Window?

Witch windows did originate in Vermont; however, not every home in the state has one. On the other hand, you will probably find a witch window in almost every farmhouse built in the 1800s, still standing today.

Additionally, some construction companies don’t want to let Vermont’s odd tradition die. Because of this, you might find some in new construction across the state.

Do Other States Have Homes With a Witch Window?

Vermont is the only state that has homes with witch windows, with a few exceptions in the states surrounding Vermont. But we wouldn’t be surprised if you saw these oddball windows in other locations. After all, we do love keeping old stories alive. And what better way than to add a witch window to your home?

Did Vermont Have Witch Trials?

Because you can only find these slanted windows in Vermont, you might think that many witch trials occurred here, too.  However, the state reportedly has only had one witch trial.

This supposedly took place in the town of Pownal in the 1700s. The townspeople accused a widow, Mrs. Kreiger, of having great powers. They sentenced her to a trial by water. They threw her into a hole cut into the frozen lake.

If she survived, they would think her a witch because the devil held her up. However, she sank immediately. The townspeople reportedly rescued her to live out the rest of her life, bothered by the townsfolk no more.

Traveler’s Tip: Reader beware! The story behind the See Through Grave in Vermont will leave you spooked!

See the Odd History and Architecture in Vermont Homes

If you’ve never been to Vermont, it’s time to go. You must go for the vibrant fall colors and the quaint Northeastern towns. But really, you need to go to experience this unique architectural build of Vermont’s odd history of windows that were supposed to keep the witches out.

Although you never know, some witches may have found a way in. They are, after all, witches. So, stop wondering about the quirkiness of the stories behind Vermont’s witch windows, and head to Vermont today to experience all the state offers.

Have you ever spotted a witch window in a home? 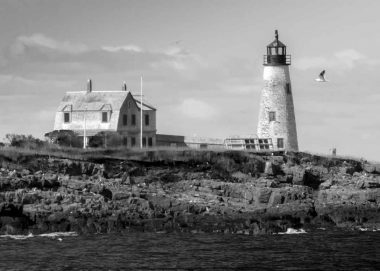 Creepy Abandoned Places in Maine You Have to Visit 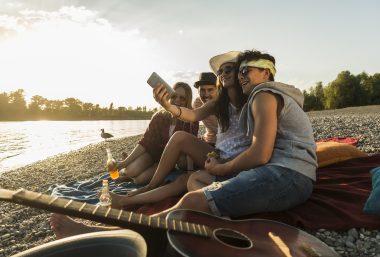