Your Guide to the Haunted Wilson Castle in Vermont

If you’re interested in exploring Vermont’s spookiest hidden places, you must put Wilson Castle on your list. Located deep in the hills of Proctor, Vermont, its history and hauntings are spine-chilling. These include stories of “shadow people,” a figure poking its head around corners, and creepy photos.

The best part? You can experience this for yourself (if you dare). Keep reading to learn all about Wilson Castle, including its history, available tours, and other places to visit near Proctor, Vt.

What Is Wilson Castle?

Wilson Castle is a historical landmark located in the Green Mountains of Vermont. It has 32 rooms, 84 stained-glass windows, 13 fireplaces, and three floors. Built in the middle of the 19th century, its design includes Eastern and European antiques and museum pieces set against an elegant interior.

Believe it or not, the 115-acre estate has been the Wilson Family’s home for five generations. It’s now part of Wilson Foundation, Inc., a non-profit organization built to preserve the history of the estate. It’s open to haunted tours, paranormal investigations, and weddings.

Where Is Wilson Castle?

Wilson Castle sits among the picturesque Green Mountains of Vermont, just northwest of Rutland. Not only is this a fantastic area to hike and enjoy nature, but there’s also plenty to do in the surrounding area. You can visit downtown historic Rutland, the West Rutland Marsh, and the New England Maple Museum.

What Is the History of Wilson Castle?

The Wilson Castle’s original owners were Sarah Johnson and her husband, John. They built the house between 1885 and 1892 and had two children together. But despite their glamorous facade, Sarah believed John never loved her and only married her for her money.

Unfortunately, the castle was John’s dream, and he ended up spending $1.3 million of Sarah’s money. Eventually, Sarah’s family started becoming concerned about the project’s scope and their marriage and urged Sarah to leave John.

What’s more, Sarah dealt with an unimaginably tragic event in her life: the death of her first child from spinal meningitis. Even though she never actually lived in the castle, she is said to haunt the room that was supposed to be her bedroom.

Of course, many skeptics will try to debunk the reports of hauntings at Wilson Castle, but the stories are so inexplicable that it’s hard to deny the presence of something mysterious.

One story involved a group of women who stayed in Sarah’s bedroom one night. All night, they heard the furnace kick on and felt warm air blow in from the grate in the wall. The only problem was that there was no furnace in the castle.

Another unexplained experience involved an investigation by Jackie Kurt of Ghost Hunts USA. When spending time in Sarah’s bedroom, Jackie Kurt heard both her last name and her grandmother’s name come through the device she was using.

Other reports include motion-sensor lights flickering on and off without any explanation, people getting poked in the back, and mysterious sounds coming from within the walls. Ultimately, you’ll have to go and find out for yourself.

What Happened When Sam and Colby Visited Wilson Castle?

If you’re skeptical at all, this video is a must-watch. Sam and Colby, along with a team of paranormal investigators, decided to explore Wilson Castle one night. They were met with inexplicable happenings. This included a motion-sensor music box going off multiple times — and on queue.

They also heard voices over an EVP (electronic voice phenomenon) device saying words like “seven” and “this me, Steve.” Other creepy experiences included seeing mysterious shadows and flashlights turning on and off on command. Oh, and lots of bats. Again, you’ll have to watch the video for yourself.

Can You Tour Wilson Castle?

Yes, Wilson Castle is open to a variety of tours, including daily tours ($17 per adult), group tours, and even candlelit tours at night. You can also reserve Wilson Castle overnight if you’d like to investigate it with your own paranormal team.

Traveler’s Tip: Are you brave enough to Visit the Haunted Glastenbury Mountain?

Other Things to Do Near Proctor, Vt.

Luckily, you won’t have to travel all the way up to Proctor for the Wilson Castle alone. There are plenty of things to do in this beautiful area. Below are a few of the most popular attractions.

Walk the Whipple Hollow Trail at the West Rutland Marsh

Got a hankering for some real maple syrup? If so, the New England Maple Museum is a must-visit. You’ll learn about the history of maple sugaring, beginning with the Native Americans and spanning all the way to the present day.

There are also many interesting maple sugaring artifacts, dioramas, and a short film for you to watch. Of course, the visit won’t be complete without some maple syrup tastings — and maybe even some to bring home!

If you’re bringing the kids along, you’ll definitely want to plan a stop at the Fortress of Fun, located in Rutland, Vt. This exciting destination is perfect for a wide range of ages.

They have a play structure, two bounce houses for younger kids, bumper cars, and an arcade for older kids. Meanwhile, the adults can kick back and watch the kids play (and take a much-needed break from all the travel).

Traveler’s Tip: Give yourself a spook by visiting the See Through Grave in Vermont.

Where to Stay Near Wilson Castle

If you plan to visit Rutland, Vt., it’s important to know where to stay. Let’s look at two popular options for hotel-stayers and campers alike.

About: The Paw House Inn features guest rooms, suites, and country cottages — all of which are dog-friendly. Located in gorgeous West Rutland, there are plenty of trails to walk with your pooch.

You can even have someone walk and feed your furry friend when you’re gone (it’s included in the room rate). Believe it or not, this inn is so dog-friendly that there’s a $10 fee if you don’t bring a dog.

About: Bomoseen State Park is located in the Taconic Mountains along Lake Bomoseen. This is an absolutely stunning area, and it’s perfect for tent and RV campers alike.

The State Park also has a beach for swimming, a picnic area, a concession stand, boat rentals, and plenty of fishing and hiking opportunities. This is a perfect place to camp if you want to explore the area.

Do You Dare Visit Wilson Castle?

Wilson Castle has a long history of hauntings — many documented, recorded, and put online for the world to witness. Many people even claim it’s what turned them into “believers” when it came to paranormal happenings. And with all the fun things to do in the vicinity, a visit to this area is well worth the drive. 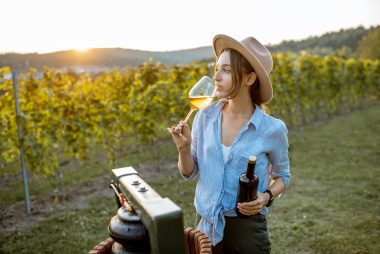 The Best Wineries in Massachusetts to Get Your Drink On 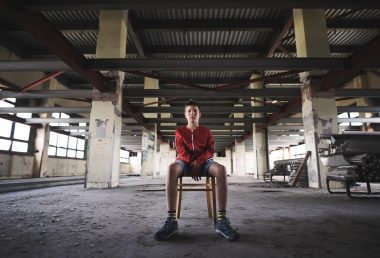