Home South Louisiana The Big Easy: The Truth Behind This Strange City Nickname

The Big Easy: The Truth Behind This Strange City Nickname

Cities have unique nicknames. New York City is the Big Apple, Las Vegas is Sin City, Chicago is the Windy City, and Detroit is Motor City. Sometimes they make sense, like with Denver. It truly is the Mile High City. Other times you scratch your head, like with New Orleans. Why is New Orleans called The Big Easy?

What does that even mean? Let’s look at this bayou city and learn the truth behind its strange nickname.

Where Is the Big Easy?

Located along the Mississippi River in the southeastern region of Louisiana, New Orleans is world-renowned for its music scene, Creole cuisine, unique dialects, and festivals. Over a million tourists come to the city every spring to enjoy the festivities of Mardi Gras. Even without these tourists, New Orleans is the most populated city in Louisiana, with almost 384,000 residents.

Unfortunately, New Orleans is very vulnerable to flooding due to its proximity to the Gulf of Mexico. Hurricanes have wreaked havoc on the city. High rainfall, low lying elevation, and poor natural drainage have all contributed to the flooding problems experienced for over a hundred years.

In addition to its location near the Gulf of Mexico and the Mississippi River, New Orleans is also near other bodies of water like Lake Pontchartrain, Lake Salvador, and Lake Borgne. A complex system of levees and drainage pumps has been installed all around the city in the hope of protecting it from damage.

Traveler’s Tip: Cajun and Creole flavors are all the talk in the Big Easy, but don’t forget to try out the Best Places for Soul Food in New Orleans.

Why Is New Orleans Called the Big Easy?

According to Southern Living Magazine, there may be a few reasons why New Orleans is called The Big Easy. The name may have originated in the 1960s when New Orleans gossip columnist Betty Guillaud compared New Orleans to New York City.

People in The Big Apple were rushing around, working hard, and constantly on the move. In comparison, the residents of New Orleans enjoyed a relaxing, laid-back lifestyle in the South. Thus, she coined the term “The Big Easy.”

However, another reason for the nickname may be due to the thriving music scene. Struggling musicians from all over the country have made their way to New Orleans to make a living booking easy gigs for private parties and nightclubs. Thus, The Big Easy became a sanctuary for artists.

What Other Nicknames Does New Orleans Have?

Also known as The Crescent City, New Orleans follows the curved path of the Mississippi River, creating a crescent shape. The city is also referred to as The Birthplace of Jazz since this is where jazz music began. You might have also heard the shortened version of New Orleans, Louisiana — NOLA.

When Is the Best Time to Visit New Orleans?

Visiting New Orleans during hurricane season is probably the worst time to visit due to its history of flooding. Even after the season is over, the city may still be cleaning up the mess left behind. The summer is also very hot and humid.

So the best time to visit the city is either in December or January when the crowds are low and the weather is mild or between February and May. If you want to visit near the time of Mardi Gras, expect to deal with heavy crowds, lots of traffic, and high prices. But the weather is pleasant and the celebrations and festivities are in full swing.

Like any city in the United States, there are locations and neighborhoods you don’t want to explore. You’ll find a heavy police presence in Desire, Central City (also known as the Third Ward), the Seventh Ward, Florida, and the Lower Ninth Ward.

New Orleans is ranked #15 on CBS News’ list of most dangerous cities in America. According to SafeHome.org, it’s second in the murder rate among medium-sized cities in the country.

But should you feel unsafe when visiting New Orleans? As long as you know the areas to avoid, no. Just like any city of New Orleans’ size, the crime rate is usually higher than usual. But this is generally not the case in the tourist areas.

Things to Do in the Big Easy

You’ve decided to visit New Orleans and want to explore all the city has to offer. It’s a hugely significant city in the country, with important music and cultural history and more. Let’s look at five of the best places to visit during your stay.

You might not think about visiting the National WWII Museum in New Orleans. After all, you would expect something like this to be in Hawaii or Washington, D.C. However, the museum in The Big Easy offers a fantastic experience for guests to experience the global scale of this war.

There are exhibits telling the stories of the homefront, the war in the Pacific and Europe, the D-Day invasion of Normandy, and more. This is not a museum you want to pass up. It’s less than 2 miles south of the French Quarter.

Located farther south across the Pontchartrain Highway is the Garden District. It’s about a 12 to 13-minute drive from the French Quarter. Here, you’ll wonder if you’re still in The Big Easy, as the atmosphere is completely different from the popular Bourbon Street.

Strolling through the oak-shaded streets, you’ll see a diverse mix of homes, from single-story cottages to the grand historic mansions and lavish gardens of St. Charles Avenue. Cute boutiques, antique shops, fine dining and casual cafes, and local bars are on and around Magazine Street.

You can’t go to the Big Easy and not visit the French Quarter, the city’s heart. It’s a much different experience from the luscious Garden District, as you’ll see colorful buildings with cast-iron balconies.

Enjoy the talent of various street performers, relax with a beverage at one of the jazz clubs, and savor a delicious meal at a Cajun eatery. Return at night to experience the vibrant nightlife that New Orleans is famous for.

Open seven days a week from 9:00 a.m. to 5:30 p.m., Mardi Gras World is where you can experience the celebration any day of the year. Located right on the Mississippi River, Mardi Gras World invites visitors to tour the facility to get an overview of the history of Mardi Gras in New Orleans.

The float den is where artists work year-round to build the stunning floats and props you see every year on television during the Mardi Gras celebration. Adult tickets are $22 and child tickets are $14. There are discounted tickets for the military, students, and seniors.

Located near the French Quarter, the St. Louis Cemetery honors New Orleans’ rich history. You can book a tour and walk through the grounds to see the tombs of the city’s most famous and infamous historical figures.

The Voodoo Queen, Marie Laveau, rests here. You can see Nicolas Cage’s 9-foot-tall pyramid tomb, where he will rest after his passing.

During the 45-minute tour, you’ll also learn about the history of New Orleans’ unique burial customs. Walk among the above-ground crypts and below-ground sites with a guide who can answer all of your questions.

Take It Easy in the Big Easy

So why is New Orleans called The Big Easy? Whether you think it’s because of the stark contrast between this laid-back Southern city and New York’s bustling metropolis or it’s an easy place for musicians to share their talent and hone their skills, you’ll love your visit to the Louisiana Delta.

New Orleans has something for everyone, from the vibrant music scene, rich cultural history, and diverse architecture and cuisine.

Plan your trip and take it easy in The Big Easy! Will you be donning a mask and beads for Mardi Gras next year? 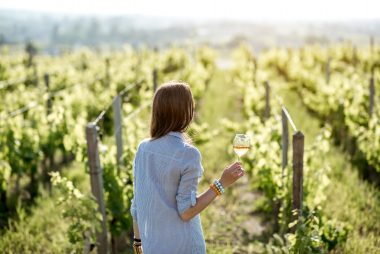 Grab Your Passport and Visit the Connecticut Wine Trail 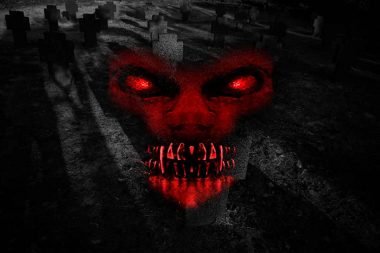