What Do Highway Numbers Really Mean?

If you’ve ever taken a road trip, you’ve almost certainly traveled on one of America’s highways. Whether you’re heading up or down the east coast on I-95, zipping across the country on I-80, or riding any number of directions on the hundreds of other national, state, and local roads, these valuable travel ways make seeing the U.S. much more manageable.

But the mix of numbers, letters, and more can feel a little overwhelming to travelers unfamiliar with the system. So buckle up as we break down the meaning of highway numbers and how they can be a valuable tool for your travel planning.

Why Do Highways Have Numbers?

To understand why highways have numbers, it’s crucial to remember what came before the numbered system. Before the early 20th century, long-distance roads were generally referred to by names. These monikers were equal parts marketing slogans and route descriptions.

“Trail associations” took care of markings and some maintenance. But these multiple, sometimes tolled, sometimes difficult to navigate roads made travel difficult, particularly for those unfamiliar with the area.

As car travel became more popular, transportation interests and federal leaders realized that the current system needed to change. They pushed for standardization. Despite pushback from trail organizations and those with sentimental interest in the named routes, the U.S. highway system was born in 1926. These standardized numbers allowed drivers to travel with confidence.

How Are National Highways Numbered?

You may not have realized it, but a highway tells you a lot about where you’re going right in its name! Even-numbered roads travel east to west, and odd-numbered roads travel north to south. For east/west roads, the higher the number, the more northerly the route. For north/south roads, lower numbers start on the west coast and increase as you head eastward.

What Does ‘I’ Stand for in Highway Names?

If a highway number is preceded by the letter “I,” you’ll know you’re on an interstate highway. While plenty of original U.S. routes travel between states, the “I” indicates the road is part of the later Interstate Highway System.

Pres. Dwight Eisenhower, who signed the Federal-Aid Highway Act of 1956, started this system. Eisenhower’s challenging experience crossing the country by road in a military convoy decades earlier partially inspired his support for the system.

Traveling on an interstate highway is generally easier and faster than using U.S. routes these days. Speed limits are usually higher. There are typically more lanes. Plus, many of these roads provide a more direct route between major destinations.

Did You Know: The Interstate Highway System is decades behind on repairs. Will the federal government ever improve it?

What Do 3-Digit Highways Mean?

While most U.S. and Interstate highways are limited to two digits, you’ll also notice a fair amount of three-digit ones. These routes are usually spurs, beltways, or other highways connected to major two-digit routes. They’re designed to serve a particular city or metro area. This contrasts two-digit highways, which typically connect one city or metro to another.

Three-digit highways include the number of the two-digit road they connect to, plus an additional number at the beginning. Odd first numbers generally mean a spur that doesn’t rejoin the original roadway. Even first numbers include loops and beltways that link up with their parent road again.

What Do Route Numbers Mean?

While you’ve likely heard about the famous Route 66, you may not know that there isn’t any formal “route” designation within the national highway system. Instead, it’s simply a different way of referring to various larger roads, including federal, state, and local highways.

Therefore, if someone mentions “Route…” in directions, you should make sure you’re aware of which type of road they’re referring to. While national roads follow the direction and naming conventions we’ve discussed, state and local roads could shirk these conventions.

Which U.S. Highway Goes Through the Most States?

This honor goes to Interstate 95. On its route from Maine to Miami, it crosses 15 states and D.C., as well as more than 1,900 miles. In order, these states include Maine, New Hampshire, Massachusetts, Rhode Island, Connecticut, New York, New Jersey, Pennsylvania, Delaware, Maryland, D.C., Virginia, North Carolina, South Carolina, Georgia, and Florida. The runners-up include I-90 (13 states) and I-80 (11 states.)

What Are the 2 Longest Interstate Highways in the U.S.?

Here’s where America’s vastness is truly apparent — on our east to west highways. One of the two longest interstate highways is I-90, which stretches 3,020 miles across the northern U.S. from Seattle to Boston. The other is I-80, which takes a more central route of 2,899 miles from San Francisco to New Jersey. Each travels through four time zones and about a dozen different states, serving as some of the nation’s most epic road trips.

What Is the Most Travelled Interstate in the U.S.?

It’s one of the nation’s largest states in both size and population. Therefore, it should be no surprise that California is home to the country’s busiest interstates. Federal data shows I-5 in California endures 21.4 billion miles of driving per year, according to the most recent data. But this is just a fraction of the nearly three trillion miles driven on all of America’s roads that same year.

America’s highways and interstates are responsible for making much of that travel possible. The system continues to expand every year. While you may not feel it while sitting in a traffic jam, we can all be grateful for this crucial and easy-to-understand transportation system.

What are some of your favorite roads in America? 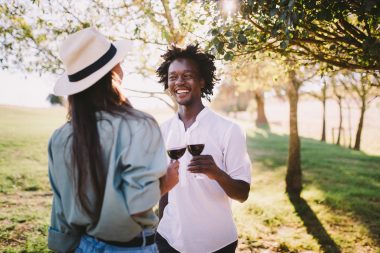 5 Wineries in Central Florida That Will Delight You 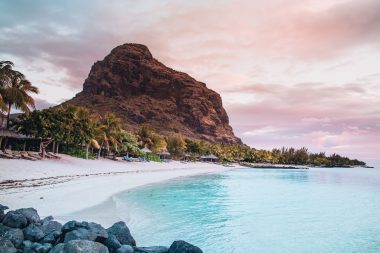