Home West Utah Have You Broken These Weird Utah Laws?

When you have 50 states, the District of Columbia, and numerous territories and other possessions, it goes without saying that those traveling around the United States can encounter a lot of varying laws. But one state stands out among the rest regarding legislative oddities — Utah.

Most know it for its pioneer heritage from members of The Church of Jesus Christ of Latter-day Saints and the incredible national parks. The Beehive State truly has some of the nation’s weirdest laws on the books.

Let’s take a closer look at some weird Utah laws to keep you out of trouble on your next visit.

What Is the Weirdest Thing About Utah?

There are plenty of contenders for the top weird Utah laws, but two seem to take the cake for legal strangeness. Utah has laws prohibiting the hunting of elephants or whales within the state’s boundaries.

Keen observers will note that neither elephants nor whales are native to this mountain-west state. Nor can you find elephants on the North or South American continents.

As for whales, you can find them in relative abundance a few hundred miles west in the Pacific Ocean. It seems unlikely someone would somehow catch one and manage to transport it to a sufficiently large body of water in Utah to then hunt. In any case, state lawmakers seemed to want to make sure.

What Can You Not Do in Utah?

Thankfully, most of us won’t have to worry about accidentally breaking laws on whale or elephant hunting during our Utah visit.

But you will find other weird Utah laws that could conceivably apply to more normal, if still uncommon, situations. Here’s a look at some strange cases to stay on the right side of the law.

It might seem harmless, but throwing rocks is against the law, especially from or at a vehicle. This behavior can range from annoying to potentially dangerous, leading to the rules explicitly prohibiting it.

There’s generally no good reason for throwing rocks anyway, which makes this an oddly specific law that most folks should have no trouble obeying.

No Sheep Herding in Salt Lake City or on Street Corners

Some parts of Utah can feel wild, but you still have limits, especially in cities like Salt Lake. Keep your sheep and other livestock out of cities and off of street corners. Or local authorities could potentially seize them.

Past situations involving driving sheep through towns have resulted in traffic problems and other public nuisances, leading to this odd piece of legal restriction.

Bury Your Pet Within 48 Hours After Death

For many of us, losing a pet is akin to losing a family member. While Utahns are permitted time to mourn their animal companions, those wishing to bury their pet must do it within 48 hours after it dies.

This is presumably for health and sanitary reasons, as the state also recommends owners bury their pets at least three feet underground.

No Selling Alcohol in an Emergency

Utah is influenced by Christian culture, and the Church of Jesus Christ of Latter-Day Saints counsels members against consuming alcohol. Therefore, you’ll find all sorts of restrictions on the sale and consumption of liquor throughout the state.

Interestingly, you can’t grab a six-pack to ease your nerves during out-of-the-ordinary situations. State law prohibits sales of alcohol during emergencies declared by the governor.

Even in normal times, Utah only allows people to order alcoholic drinks in a restaurant if they also order food. Additionally, some towns and cities don’t permit alcohol sales at all.

You Can Only Purchase 2 Liters of Beer

Don’t come to the Beehive State expecting to grab a keg and host a rager. Liquor stores legally can’t sell you booze in containers larger than 2 liters. This means most normal-sized bottles of liquor and even beer growlers are OK.

But stores can’t even sell the smallest kegs. Restrictions also apply on the opposite end of the size spectrum, with laws banning mini bottles of spirits.

No matter what size or style of liquor you purchase, you should do it before they close up on Saturday night. Unfortunately, liquor stores in Utah aren’t open on Sundays.

No Biting in a Boxing Match

You might think this is one of those things that didn’t need a law, but we are talking about weird Utah laws, after all. Feel free to punch each other as much as the referee allows; just keep the biting out of it.

Those who perform a gruesome Mike Tyson imitation or similar teeth-related attack in Utah could face misdemeanor charges.

You Can’t Marry Your Cousin

It might surprise you, but marrying your first cousin is, in fact, legal in 19 states and the District of Columbia. However, Utah is not one of them.

This rule has some limited exceptions, primarily for older cousins past childbearing age. State law also voids marriages between first-cousin Utah residents who marry elsewhere and first cousins who marry in a legal state and later move to Utah.

Don’t Tamper With the Weather

We would all love sunny days on demand or the ability to conjure up a rainstorm during droughts. But even if you can, another weird Utah law bars you from doing so within the state’s borders.

Believe it or not, cloud seeding has produced rain or snow elsewhere. In the past, failed experiments to modify the weather even included setting off large explosions in the atmosphere.

Don’t Cause a Catastrophe

This is generally good advice, regardless of the legal implications. But Utah explicitly outlaws causing a catastrophe, which it defines as fires, floods, avalanches, explosions, the use of weapons of mass destruction, or the collapse of buildings.

Of course, causing one of these disastrous incidents may also break other laws. But state lawmakers apparently felt it better to be safe than sorry for major incidents like these.

No Riding Your Bike With No Hands

Plenty of kids showing off to their friends could become criminals under this weird Utah law. The state requires you to keep at least one hand on the handlebars, no matter how skilled you feel.

Those breaking the law can face fines, which might seem like a minor penalty compared to a bike crash from not steering correctly.

Parts of Utah might feel like the Wild West, but that doesn’t mean you can let your horse run wild. State law mandates horses remain contained in a corral or other enclosure to prevent the serious potential damage these animals can do to property or even people.

Owners also assume liability for any damage caused by an animal not properly corralled. The state can capture loose horses and sell them. Or, in some cases, they may face a grimmer fate. Keeping your horse corralled isn’t just staying on the right side of the law — it’s good horse ownership too.

Is It Illegal to Dance in Utah?

Contrary to some beliefs perhaps stemming from the movie “Footloose,” it is not illegal to dance in Utah. Much of this attention and confusion comes from the city of St. George in the state’s southwestern corner.

As recently as 2004, public dancing was a ticketable offense in the town. Legislators have since repealed this weird Utah law, though strict rules remain about licensing for public dancing events.

Elsewhere in the Beehive State, you may encounter rules and regulations on how and where dancing is allowed. Still, feel free to boogie down in the privacy of your own home or accommodations whenever you choose without fear of cops busting down your door.

What Is the Weirdest Law in the U.S.?

When you have fifty states with fifty different sets of challenges and values, you can naturally come up with some pretty strange laws.

For example, Tennessee prohibits people from holding public office if they’ve ever participated in a duel. And Minnesota only allows nursing homes and senior centers to host bingo two days a week or fewer.

Arizona even specifically prohibits people from allowing donkeys to sleep in bathtubs. While the weirdest law may be in the eye of the beholder, there is certainly no shortage of options to choose from.

Traveler’s Tip: California is a contender for some of the weirdest state laws — have you broken any of them?

Have You Broken One of These Weird Utah Laws?

With a unique legal system like Utah’s, even the most ordinary rule-followers might find themselves on the wrong side of the law. You’ll likely get a ticket or reprimand than time behind bars for these legal oddities.

However, getting busted for violating the law can be a major hassle. Knowing and observing the local laws wherever you travel can be confusing and complicated, but it’s critical to have a safe and enjoyable visit to a new place.

What’s the weirdest law in your state? 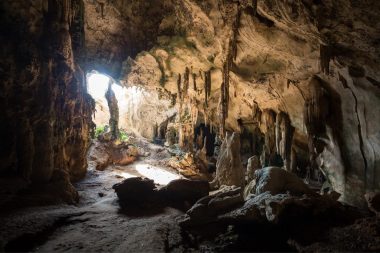 Are You Brave Enough to Explore These Caves in Idaho? 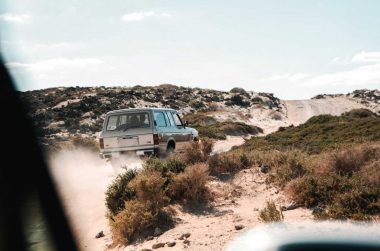 See the Out of This World Landscape of Moon Rocks, Nevada