Home West Oregon Yes, the Oregon Vortex is Real and You Need to See It to Believe It

Yes, the Oregon Vortex is Real and You Need to See It to Believe It

When traveling through southwest Oregon, you probably have a few attractions on your must-see list. From Crater Lake National Park and Mount McLoughlin to the cities of Klamath Falls and Grants Pass, there’s plenty to see and do in this part of the Beaver State.

However, there may be an unusual sight you haven’t heard of yet. That location is the Oregon Vortex. There’s even a House of Mystery. It exhibits natural phenomena like bending light and altering height at this vortex in Oregon.

Learn more about why you should put this destination on your road trip list!

About the Oregon Vortex

A local legend explains that the Native Americans called this part of Oregon the forbidden land. Some say travelers’ horses wouldn’t venture into the area.

In 1904, The Old Grey Eagle Mining Company built an outpost here. After the outpost and assay house nearly collapsed at an odd angle, William McCullugh rediscovered them in 1914. McCollugh had a friend, John Litster, an engineer and geologist in Scotland. After persuading Litster to travel to the United States, McCollugh and Litster spent years researching paranormal phenomena.

The Oregon Vortex is a natural phenomenon that includes a 165-foot magnet radius. Some say it can bend light, defy gravity, and alter mass.

Odd angles also make it look like objects roll uphill in the House of Mystery. In addition, the vortex in Oregon can make people’s height appear to grow and shrink depending on their location.

After Litster died in 1959, his wife sold the Oregon Vortex to Irene and Ernie Cooper. Their daughter and grandson have kept the attraction open since then. Numerous media outlets have visited the site, like the New York Times, Travel Channel, and the History Channel. It was in a 1999 episode of “X-Files” and an episode of the SyFy reality show “Fact or Faked: Paranormal Files” during the second season.

Where Is the Oregon Vortex?

Located on Sardine Creek Road in Gold Hill, the House of Mystery at the Oregon Vortex is in southwest Oregon.

From Medford, OR, in the southeast, travel north on Interstate 5 to exit 43. Then follow Sardine Creek Road.

What to Expect At the Vortex

The vortex in Oregon became a roadside attraction open to tourists in 1930. It’s a gravitational anomaly that intrigues guests of all ages. It might be a bit out of the way, but it’s worth visiting!

You’ll see your height appear to grow or shrink, balls roll uphill, and a broom stand on its own. You might even feel like you’re walking at an angle in this gravity-defying House of Mystery.

How Much Does It Cost to Visit the House of Mystery?

The House of Mystery is open seven days a week. Tours start on the hour from 10 a.m. until 3 p.m.

You can purchase tickets at the admissions window. You can also reserve tickets up to three days in advance on Eventbrite.

Is the Oregon Vortex Real?

Quite a few skeptics have attempted to explain the natural phenomena at the Oregon Vortex. You can explain it through physics as a dense mass under the ground. Many scientists and magicians have concluded that the House of Mystery is full of optical illusions.

For example, an Ames room has distortions that create optical illusions of different heights. The vortex in Oregon displays similar phenomena.

However, the website for the House of Mystery explains, “The Oregon Vortex is a spherical field of force, half above the ground and half below the ground. The word ‘vortex’ simply means a whirlpool of force…Nowhere in the circle do you normally stand erect. Inevitably the visitor assumes a posture that inclines toward magnetic north.”

Regardless of whether you believe something supernatural is occurring, it’s a fun experience.

Should You Visit the Oregon Vortex?

Even though it’s a ways off Interstate 5, it’s worth exploring the House of Mystery. One guest writes on Google, “It was a great mind boggling tour with lots of demonstration.” Another says, “This place is awesome!!! If you’re in Southern Oregon it is a must.”

The next time you’re on Interstate 5, take a detour to Gold Hill and see it for yourself! Will you believe your eyes? 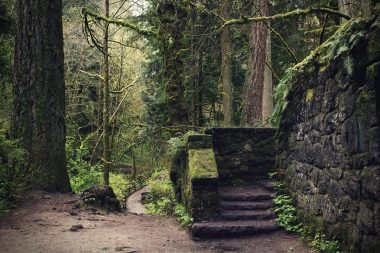 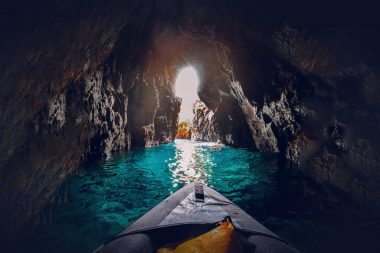