Reasons to Make Cedar Key, Fl, Your Next Getaway

Florida has so many awesome little beach towns that it’s hard to comb them all, but here’s one you don’t want to skip over. Visiting Cedar Key, Fl, is like stepping back in time, and we mean that in a good way!

There just aren’t many places like this in Florida or anywhere else. It’s right on the water, of course, and you can easily mosey around on foot, on a bike, or in a golf cart. You can also sample endless bowls of clam chowder, and that’s a real rarity on the Gulf of Mexico.

If you’re looking for a laid-back place in the sun, this charming little slice of sunshine might be right up your alley. Let’s check out Cedar Key!

All About Cedar Key, Fl

With a population of just over 700 people, Cedar Key, Fl, is a warm and cozy fishing village on Florida’s west-central coast. It’s about 50 miles southwest of Gainesville and about 140 miles north of the Tampa-St. Petersburg area. It’s on an island that’s about three miles from the mainland. More specifically, it’s on one of more than a dozen “keys” that are clustered together with no bridges connecting them.

Its offshore location gave Cedar Key great value in its early days as a military outpost. Today, it lures tourists who want a little bit of adventure and a taste of how Florida used to be. It’s a relaxing alternative to more crowded and commercialized experiences you can find more easily up and down the coast.

Some of our absolute best travel experiences have been off the beaten path. Take the back roads from Interstate 75 to discover what’s to love about this throwback community by the sea.

Lots of people know that St. Augustine is Florida’s oldest city. The Spanish established it in 1565, and it later served as the capital of what became the Florida Territory. It’s a lesser-known fact that tiny Cedar Key is the state’s second-oldest town. The U.S. military built a fort here around 1840, and the post office opened in 1845.

#2. It Has Small Town Vibes

There’s a slower pace and a more welcoming vibe here than in Florida’s more famous destinations. Maybe it’s because the first little tourism boom happened right after the Civil War. With such a history, the townsfolk are accustomed to treating guests with warmth and hospitality. This relaxed, neighborly attitude seems to be somewhat contagious. You might just feel like settling in for a while.

Traveler’s Tip: If you prefer small town vibes for your vacations, here are the 9 best small towns in Florida.

#3. You Can Bring Your Bike

A slower approach to transportation is customary, too. Cedar Key’s streets aren’t closed to cars and trucks, but many attractions are within walking or pedaling distance. (You will have to share the roads with golf carts, but they’re pretty much creeping along, as well.)

To pick up a little more speed, there are a number of terrific trails for biking, even on the old train trestle. Oh, and if you don’t bring your own bike, there are plenty of places to rent them or even borrow them.

#4. There’s No Lack of Fresh Seafood

This entire area has famous saltwater fishing, but Cedar Key, Fl, has a couple of other tricks up its sleeve. Farm-raised oysters and clams are abundant here because of some thriving aquaculture enterprises. They’ve brought jobs and notoriety to the area in addition to a few more specialties for the restaurants to serve up. Clam chowder or oyster stew, anyone?

Those pink birds you see in the marsh aren’t flamingoes; they’re called roseate spoonbills, and they’re related to ibises. Bird watchers of all levels, even the world’s top experts, recognize these keys as a bustling aviary habitat. It’s a prime spot for scoping out scores of shorebirds year-round and songbirds by the thousands during the spring and fall migration periods. You can even see whooping cranes overhead.

Before there was Cedar Key, there was the nearby town of Atsena Otie (which means “cedar island” in the native language). Located on one of the neighboring keys, it was a growing community until a powerful hurricane destroyed it in 1896. The old town’s remnants are now part of the Cedar Keys National Wildlife Refuge, just across the channel. It’s a pleasant and scenic mile-round trip by kayak. You might encounter some dolphins along the way.

#7. It’s Quieter Than Other Keys

Many of us are too young to remember the Florida Keys before the big tourism boom, but some recall it fondly. Many people say that Cedar Key reminds them of that golden era. “It’s not Key West,” the locals emphasize, and they want to keep it that way. At least for now, Cedar Key, Fl, is a quieter, more relaxing alternative to crowds and congestion.

Traveler’s Tip: Only have twenty-four hours to visit? Here’s how to spend the perfect day in Cedar Key, Florida.

#8. You Can Catch Some Stunning Sunsets

The shimmering surf rolls in from the west, so the sunsets can be breathtaking. Several bars and restaurants are terrific places to call it a day because they have outdoor decks specifically for sunset watching. There are many places in town to catch the sky’s last vivid rays, including beaches, piers, boat docks, and benches.

#9. Artists Have Made Cedar Key Home

It’s not unusual that places with such natural beauty become a beacon for visual artists. Along with its inviting watering holes and seafood restaurants, Cedar Key has a colorful array of boutiques and galleries. There’s even an artists’ co-op that serves as a communal space to display and sell paintings, pottery, photographs, and crafts. The residents’ creativity is also evident in the many lively murals around town.

You don’t have to rely on farm-raised oysters and clams to enjoy fresh seafood. Cedar Key also is a hotspot for casting a line or a net, and you can do it from the shore or piers or bridges.

The oyster reefs, in particular, are a natural magnet for certain kinds of fish. Redfish and cobia are popular prizes for anglers, and so are sea trout, snook, and Spanish mackerel.

It’s almost impossible to describe Cedar Key, Fl, without using the word “quaint.” The town has a rustic charm that’s hard to find just anywhere else, even in Florida.

It’s a haven for artists and those who love the outdoors. In addition, it’s a place with inspiring beauty, a welcoming attitude, and a laid-back pace. And there are no high-rise condos or all-night souvenir shops.

What would you do during a visit to Cedar Key? 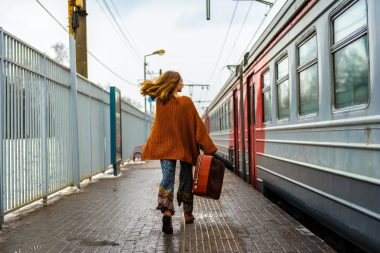 The Cheapest Way to See America 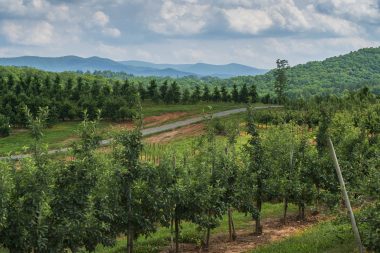