Step Back in Time at the Timeline Arcade in PA

A couple of generations grew up spending all their quarters and time at the local arcade. However, handheld devices and high-definition screens have replaced quarter-eating machines. Kids these days can stay home and play games all day long and not go out. Unfortunately, in many places these days, you can’t find a pinball machine or large game machines. However, Timeline Arcade is the perfect place for those who want to step back in time.

If you want to relive your childhood memories at the local arcade, keep reading. We’ll tell you more about Timeline Arcade and why it’s the perfect place for you!

What Is Timeline Arcade?

Timeline Arcade is a retro arcade filled with more than 300 arcade games. You’ll find everything from modern games to classic games. It doesn’t matter whether you enjoy console games or an exciting pinball game. They’ve got it all!

They are self-proclaimed as “the largest retro arcade in South-Central Pennsylvania and beyond.” While we’re unsure how far “beyond” entails, it’s still a unique and exciting place. You can bring your own drinks and enjoy spending time reliving the glory days of fighting for a high score on your favorite game.

Where Is Timeline Arcade?

Timeline Arcade is in downtown York, Pa., about 50 minutes south of Hershey, Pa, and an hour north of Baltimore. If you’re looking for a unique experience when visiting this area, we can’t think of a better way to do it.

How to Visit Timeline Arcade

Luckily, Timeline Arcade is open seven days a week. They open their doors at noon daily but close at 11:00 p.m. on Sunday through Thursday. They’re open until 2:00 a.m. on Fridays and Saturdays. Make sure you keep an eye on the clock. It’s easy to lose track of time when you’re having fun here.

Once you buy your pass, you can enjoy the hundreds of arcade games set on free-play mode. Passes start at $10 for one hour, and each additional half an hour is $5. However, an all-day pass is only $25. So keep your quarters at home. Just bring cash or your credit card. You can spend all day playing your favorite games.

What Was the First Arcade Game?

The first commercial arcade game ever released was the 1971 space combat arcade game called Computer Space. The game was the brainchild of Nolan Bushnell and Ted Dabney, who would later go on to found the classic video game giant known as Atari. These two would revolutionize the video game and arcade industries.

Traveler’s Tip: Time to turn off the video games and get out into nature. This is how to Plan Your Perfect Visit to Laurel Hill State Park.

When Did the Arcade Era End?

While pinball machines have been around since the 1930s, it wasn’t until the 1970s that the arcade era really started to take off. It flourished for about a decade, but at-home video game systems like Atari and the Nintendo NES caused a decline in interest in spending pockets full of quarters at the local arcade.

Unfortunately, by the early 1990s, arcades started becoming unprofitable and were forced to close their doors. Home consoles didn’t replace arcades as the most popular gaming option until the late 1990s. However, by the 2000s, most arcades were long gone.

Now, we’re seeing more arcades like Timeline Arcade popping up all over the country. There’s something special about the excitement of playing a game and hanging out with some of your best friends. They’re increasingly becoming places where people continue to make memories.

What Is the Best Selling Arcade Game of All Time?

The best-selling arcade game of all time is Pac-Man. It started popping up in arcades all over the country in 1980 and quickly became a hit. It stood out from the rest, as most arcade games involved shooting spaceships or other creatures.

There was something simple and fresh about running around eating dots and cherries that drove gamers wild. The game sold more than 400,000 cabinets in the first 10 years and generated $3.5 billion in revenue. Adjusted for inflation, this would be approximately $7.6 billion today.

Traveler’s Tip: Fulfill your need for speed by using this guide on how to Take a Below Ground ATV Tour at Mines and Meadows.

Who Created the First Arcade?

The roots of the very first arcade are impossible to track down. While arcades exploded in popularity during the 1970s, the first arcades were well before this time.

During the late 19th century and the early 20th century, Skee-Ball and various carnival-type games were very popular worldwide. These made way for pinball in the 1930s to 1960s and set the stage for the 1970s of actual arcade video games.

Is Timeline Arcade Worth Visiting?

Timeline Arcade would be a no-brainer if you spent a tremendous amount of time and money at your favorite arcade growing up. You’ll love playing some of your favorite games that you haven’t seen or played in decades.

This can be a great opportunity to introduce a whole new generation of gamers to what gaming was like before high-definition TVs and virtual reality headsets. Timeline Arcade is a place you’ll want to consider if you’re looking for an exciting way to spend your day and night. 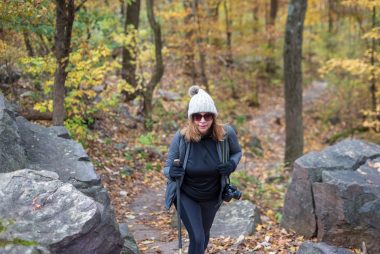 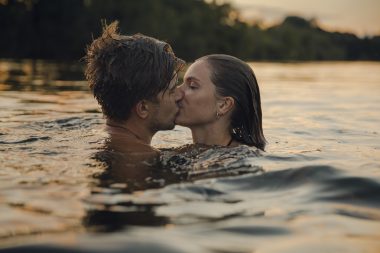