This South Carolina Water Tower Should Be Censored

Most of us probably drive past water towers without giving them a second thought. We might not even realize they’re there. But there’s one water tower in South Carolina that definitely catches people’s attention — for the wrong reasons.

Let’s find out what the Peachoid is and why some want to censor it.

The Peachoid is a 135-foot water tower that people painted to look like a giant peach. However, that leaves this roadside attraction looking like a giant … backside. The water tower itself is huge. It can hold one million gallons of water. In the southern states, the Peachoid is one of the most recognizable landmarks, partly because this peach also looks like a peach, if you catch our drift.

The History of the Peachoid

The Gaffney Board of Public Works commissioned the tower in 1980-81 due to the need for elevated water storage. One member suggested disguising the giant water tower as a peach to set the record straight that South Carolina was the bigger producer of peaches and not neighboring Georgia.

It took five months to build the structure and ten million pounds of concrete. The artist added a 12-foot long stem to the top and a huge 60-foot long leaf to the side. The leaf itself weighs seven tons. At the bottom, a nipple finished the design. The Peachoid’s dedication took place in 1981 during the South Carolina Peach Festival.

Muralist Peter Freudenberg just finished a water tower project in Maryland called The Earthoid, a tank resembling planet Earth. He was chosen to also paint the Peachoid in South Carolina. He used 50 gallons of paint with 20 different shades to create the image of a peach.

Because it resembled a giant butt, they tried repainting the peach in 2015 in hopes of discouraging rubbernecking along Interstate 85. Eric Henn, a muralist from Ohio with lots of experience painting water towers, was chosen to renovate and repaint the Peachoid. However, most people say it still resembles a giant butt today.

Where Is the Giant Peach?

You’ll find the giant peach on the north side of Interstate 85 between exits 90 and 92 in Gaffney, S.C. You can see it for miles, and it’s a popular tourist attraction in the area. You can also find the Peachoid in Chapter 3 of “House of Cards.” Frank Underwood keeps a picture of it in his office.

Why Is the Peachoid in South Carolina and Not Georgia?

South Carolina is the second-leading producer of peaches in the country. Although Georgia is called The Peach State, South Carolinians proudly recognize their state as the true peach state. In 2018, South Carolina produced 54,600 tons of peaches, compared to Georgia’s 25,000 tons. Of course, neither compared to California’s peach production of 510,000 tons.

Pro Tip: Find out if Georgia really has the best peaches—we had to know!

Why Would Anyone Want to Censor a Water Tower?

The problem with the water tower is that it resembles a giant butt. The cleft along the backside of the peach looks similar to a buttcrack. And combined with the shape and colors of the Peachoid, it does, in fact, resemble a big booty. Since it’s along Interstate 85, the roadside attraction can cause accidents from onlookers turning their heads to take in the sight.

The recent publicity from “House of Cards” and the hot water Frank Underwood found himself in on the show brought national attention to this southern landmark. On the show, a woman was killed in a car accident on the interstate, distracted by the giant peach. This raised questions as to why Underwood was so persistent in keeping it upright.

To reduce vandalism, the Gaffney Board of Public Works installed a six-foot chain-link fence in February 2018. This fence surrounds the Peachoid. Tourists can still visit, as there are a handful of parking spaces at the bottom of the water tower. The gate sits open during specific times, and tourists can get up close to grab a photo of the Peachoid.

Although seeing a giant butt on the side of the interstate may be offensive to some, it’s probably more humorous to most people. Imagine driving south from North Carolina to South Carolina, completely unaware of the landmark, and all of a sudden, this giant orange and yellow peach stands tall above the towering trees. You might chuckle at the sight. But you probably won’t get angry about it.

So what do you think? Should the giant Peachoid in Gaffney, S.C., be censored? 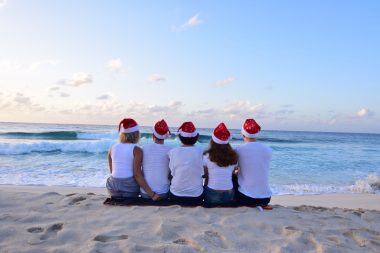 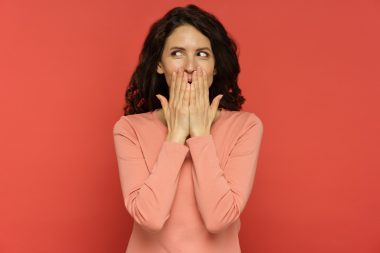 Will Southern Folks Be Offended If I Slip into a Southern Accent?