Red Dirt Road, Inc., is a trucking company out of Statesville, N.C. Red Dirt Road Farm is a family-owned farm in Ethelsville, Ala. So what is this “red dirt road,” and what does it have to do with the South? Let’s explore this term and learn about how it’s more than the color of clay.

What Is ‘Red Dirt Road?’

You’re out camping, having a few drinks around the campfire, enjoying a starry night when one of your friends says, “Let me tell you about a red dirt road.” You know it’s going to be an evening of retelling childhood memories. He talks about his first crush, his first kiss, and his first truck.

Then another friend chimes in about her red dirt road. She chuckles as she remembers how her daddy sat on the front porch with a shotgun when she returned from her first date. Each person basks in the nostalgia of their childhood and adolescent years. Some memories bring tears, while others bring laughter.

This is what “red dirt road” means, a nostalgic looking back on memories. Brooks & Dunn wrote a song by the same name. In country music, the term has come to symbolize not just the soil in Oklahoma but also that love of home. “Red dirt” music started in Oklahoma but has spread to Texas, where it picked up a distinctive Texas sound.

What Did Brooks & Dunn Mean by ‘Red Dirt Roads?’

In 2003, the country duo Brooks & Dunn released their eighth studio album, entitled “Red Dirt Road.” This album was a tribute to their upbringing and roots. Ronnie Dunn explained that the concept for the song revolved around the red dirt road that he grew up on in Arkansas. It was a four-mile stretch of road that connected the highway to his cousin’s farm.

He shared his childhood experiences and adolescent years with his partner, Kix Brooks, on the bus after a show, and by the time the duo had reached their next destination, Brooks had written the song. It became a number one hit on the Billboard Hot Country Songs chart, and the album reached platinum status. Apparently, it resonated with people from all over the country.

It talks about walking to church on Sunday, meeting a girl picking blackberries, wrecking his first car, and learning lessons about life. It goes on to talk about sneaking out at night, talking about the future, drinking his first beer, and finding Jesus. All of these experiences on the red dirt road were childhood memories Dunn recalled to his partner Brooks.

What Is So Special About the Concept of a Red Dirt Road?

The symbolic phrase “red dirt road” takes people back to their childhoods. It’s nostalgic. When someone says, “Let me take you back to the red dirt road,” they’re recalling fond memories of growing up. It’s about going back in time.

This is where Dunn took Brooks that night on the bus. He took him back to his red dirt road, where he shared about accepting Jesus, getting drunk, and wrecking his car. From there, Brooks took those experiences and composed their hit song.

Are Red Dirt Roads Only a Southern Thing?

The red soil found in the Southern states forms as a result of the humidity and warm climate. In fact, Georgia soil is popularly known as “Georgia red clay.” Because the Deep South states also tend to be on the lower end of the economic ladder, a common stereotype is that places like Alabama and Mississippi are full of red dirt roads because the state can’t afford to pave the roads.

In reality, red dirt roads exist everywhere. There’s even a genre of music called Red Dirt because of the red dirt found in Oklahoma, where the music genre was born. So although the image of a red dirt road may cause you to think about Tennessee, the concept of a red dirt road is a trip down memory lane for anyone.

Traveler’s Tip: Small towns and nostalgia often go hand in hand. Check out these sweet as pie small towns in the South and get a dose for yourself.

What experiences changed you? What events shaped you into the person you are today? Take a trip down memory lane with a few friends. Enjoy the nostalgia of the high school football games, prom dances, and late-night parties.

What is your red dirt road? 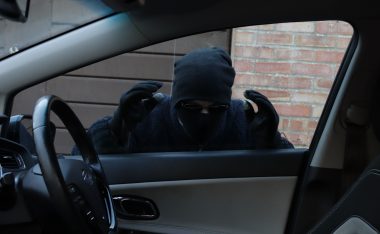 Do All Interstate Rest Stops Have Security? 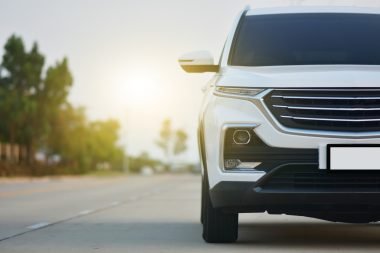