Have you ever been driving down an interstate and passed a police officer seemingly hiding in a ditch or wide median? Or maybe you’ve had an officer appear seemingly out of thin air. Chances are you drove through an interstate speed trap.

Luckily, there are apps to help you detect and avoid them. Let’s check them out.

What Is a Speed Trap?

A speed trap is an area along a stretch of road where law enforcement monitors driver speed. Speed traps are called “traps” because they’re usually unpredictable. Sometimes, the officer hides off the road, and you can’t see them until it’s too late.

There are different kinds of speed traps that police can use. Some speed traps consist of a handheld radar gun pointed at passing traffic. They can also monitor speed by aircraft, devices in the police officer’s car, speed cameras, and more.

Pro Tip: We all know speeding can land you with a ticket from an officer, but are you familiar with this move over law that could do the same?

Can You Detect Speed Traps in Advance?

Some detectors and jammers claim they can effectively detect radar in a certain radius and possibly jam the signal. While many of these devices don’t actually work, they’re still a hot selling item.

Another way to find out about nearby speed traps is just paying attention to traffic. Drivers have a way of alerting one another if they see a speed trap. They’ll often flash their headlights at other drivers, warning about the speed trap ahead. Recently, there are new ways to learn about speed traps that don’t rely on outdated devices or the courtesy of passing drivers: smartphone apps.

Google Maps has a “speed trap” feature, but the Maps app doesn’t actually detect these speed traps by itself. Users have to submit and report speed traps in Google Maps.

The app lets drivers drop a pin to alert other drivers of a slowdown like an accident, road construction, and more. Drivers can also drop a pin and label a speed trap when they notice an officer hidden on the side of the road.

While no app is 100% accurate all the time, these apps can warn you of upcoming interstate speed traps. The best way to avoid a speed trap is, of course, driving the legal speed limit. But if you have an accidental lead foot sometimes, these apps can help remind you to slow down.

About Google Maps: Google Maps is the most downloaded maps app in the U.S. Pretty much everyone has used it at one point or another. Google Maps has features that allow drivers to report slowdowns due to construction and accidents, and it also has a handy “speed trap” feature.

Pros: Google Maps is reliable. Millions of drivers use it. This means that the data is up-to-date and pretty accurate, although drivers don’t manage to detect and report every speed trap.

Cons: Google Maps still has a long way to go when it comes to route customization. It’s also not great if you’re driving an RV or a big rig since it tries to route drivers the fastest way and doesn’t account for vehicle length, weight, or height.

About Waze: Google also owns the Waze app, but it’s an entirely different map experience. Waze functions similarly to a social network where you can connect with other drivers and input information on the map, like speed traps.

Pros: Waze is community-driven and uses real-time data from drivers to provide information on upcoming slowdowns or speed traps and can help provide faster navigation routes. Waze has a large user base of more than 50 million drivers, so the data on this app is pretty accurate. Drivers can add their friends and keep up with each other on road trips, too.

Cons: Since Waze isn’t as widely used as Google Maps, data may be sparse or lacking in some areas. The interface and design also take some getting used to. The app can also be distracting by displaying friends, accidents, and ads.

About Radarbot: Radarbot is a free app that detects speed cameras and gives you speed limit alerts while you’re driving. It alerts drivers to dangerous driving areas, seat belt or cell phone use cameras, potholes, and more.

Pros: This app claims to do a lot. It aggregates real-time data from users. It offers an offline radar detection system that can detect speed traps, although it’s not really clear how the offline system works. Also, it features navigation, so you don’t have to switch back and forth between apps. If you’re a truck driver or driving a big RV, you can upgrade to the paid version of the app to get routes with special restrictions for large or heavy vehicles.

Cons: Since Radarbot isn’t as popular as Google Maps or Waze, the data might not be as up-to-date. It also didn’t start as a navigation app, so users who are used to the navigation experience of Google or Waze might be disappointed.

About Cobra iRadar: Cobra is a long-standing brand name in police speed radar detection. Before the smartphone revolution, Cobra was making dash-mounted radar detectors for drivers everywhere. Now the brand has a smartphone app that works by itself or paired with Cobra iRadar devices. The iRadar app uses user input and Cobra’s own Defender speed and red light camera database to warn drivers of upcoming speed traps.

Pros: This app has community-based alerts for speed traps, accidents, construction, detours, and more. Cobra is a big name in radar detection and has its own database of fixed speed traps across the nation. The app has built-in navigation, so you don’t have to switch back and forth between apps, and it also tells you how fast you’re driving in relation to the posted speed limits.

Cons: If you want access to all the features of the iRadar app, you’ll have to sign up for a paid subscription. Even with a paid subscription, you can only access some features if you also have a compatible Cobra iRadar device. Since navigation is a secondary feature of this app, users might find the actual maps portion a bit disappointing.

These Apps Can Help Avoid Speed Traps on the Interstate

These apps are really helpful for drivers who want up-to-date and accurate interstate speed trap detection. They’re also great for alerting you to potential slowdowns, construction, accidents, and road obstructions. Keep in mind that since most speed-trap data is user-submitted, it may not always be accurate or current to the very second.

The only 100% foolproof way to avoid a speed trap is not to speed. But sometimes, it happens without us even knowing. Having an app to alert you to potential speed detection areas can be really handy. Have you ever spotted a speed trap on the interstate? How did you deal with it?

How to Act Around Alligators for Visitors: Wrong Answers Only 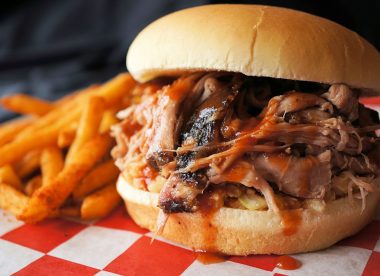 8 Foods You Have to Eat When Visiting the Southeast