Some of the most exciting roadside attractions can get your attention when you’re still 100 miles from them. You’ll see random signs throughout the interstate landscapes that promise an experience you’ll never forget. If you’ve spent time in the southwest, you know “The Thing” in Arizona is one attraction that entices curious tourists.

Today, we’re filling you in on this mysterious tourist attraction. You’ll find out why you should plan to stop to see the mystery of The Thing while in Arizona. Let’s get started!

What Is The Thing in Arizona?

The Thing is a popular tourist attraction in Arizona that promises guests an unforgettable and out-of-this-world experience. You’ll see an assortment of strange historical objects. You’ll also get tossed in the middle of an intergalactic conspiracy dating back millions of years.

The Thing encourages you to ask, “What if?” regarding historical events. You’ll see ray-gun gripping aliens riding dinosaurs, UFOs joining major events, and you’ll start to question everything you believed to be true about the past.

Once you finish walking through the displays, you’ll find The Thing in a plexiglass case. You’ll also be staring at a mummified mother and child. Most visitors find themselves with more questions than answers.

Where Is the Mysterious Thing in Arizona?

The Thing sits at Exit 322 on the side of I-10. It’s approximately halfway between Benson and Willcox, Ariz. It’s practically impossible to miss if you’re passing through the southeast corner of Arizona on I-10.

You’ll see a Dairy Queen and a Shell gas station painted in the same yellow and blue colors you saw on the many signs along the way. It’s a great pitstop to fill up your tanks, empty your bladders, and make memories with your loved ones.

Traveler’s Tip: Fact or fiction, the stories of the Skinwalkers in Arizona are downright scary.

About the Mysterious Thing in Arizona

The Thing draws guests in by enticing them into this world of mystery and wonder. We’ll take a closer look at this attraction, so you know what you’re getting into before visiting.

The Thing is the brainchild of Thomas Binkley Prince and his wife, Janet. The first location was in the Mojave Desert in California along Highway 91.

However, an expanding highway caused them to lose their building. The couple moved to the current location along I-10 in 1965. Thomas passed away in 1969 due to a heart condition and several strokes, but Janet continued to run the attraction for several years.

Today Bowlins, Inc., an Albuquerque-based company, owns and operates the attraction. They own quite a few service stations along I-10 between Arizona and New Mexico.

The new corporate owners updated The Thing with a storyline to make some sort of sense to the attraction and doubled it in size. The 2018 renovation has helped take this mom-and-pop roadside attraction to the next level.

However, the science fiction storyline is only half the museum. The second half documents the encounters between humans and aliens and everything from the Egyptians to modern-day encounters. You’ll see pictures of aliens observing World War I battles and other major historical events.

How Old Is The Thing in Arizona?

The Thing opened its Arizona location in 1965, making it 57 years old. It was along Highway 91 and was a roadside attraction and curio shop.

The expansion of Highway 91 into an interstate caused the family to lose their building and move the attraction to Arizona in 1965.

How Much Does It Cost to See The Thing in Arizona?

Some tourist attractions are a punch to the wallet, especially for families. However, visiting The Thing only costs $5 per person, and they cap it at $10 per family.

Additionally, there are discounts for seniors and military service. If you’re looking for a budget-friendly attraction you’ll talk about for years, stopping at The Thing is worth every penny!

Is The Thing in Arizona Worth Visiting?

The Thing is a unique place in the southeast Arizona desert that you and your family will never forget. Even if you’re not into tourist attractions, the many roadside signs and budget-friendly prices can be tempting to even the tightest of budgets.

If you’re traveling in an RV, there’s plenty of parking space, so don’t let that stop you from making a quick stop. You won’t be wasting your time or money if you decide to visit The Thing.

Take a few pictures, post them to your social media, and help spread the mystery around The Thing. This seems to be a stop that many consider doing, and your experience might just be what someone else needs to help make up their mind.

Have you visited The Thing yet? 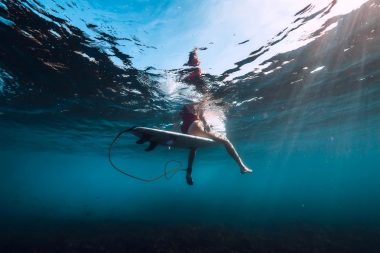 Why You Should Never Swim in the Red Triangle in California 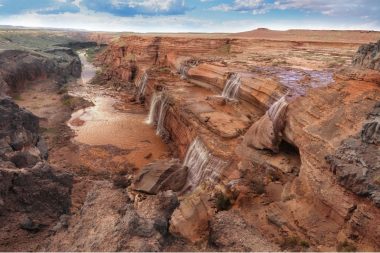 These Chocolate Falls in Arizona Are Taller Than Niagara