Home West Alaska The Most Popular Songs About Alaska

When we think of Alaska, the first thing that comes to mind is music. Famous bands and musicians wrote some of the best songs about Alaska. Whether describing the state’s beauty or the harsh winters, these songs will surely get your blood pumping. If you’re planning on visiting Alaska soon, check out these tunes before you go! Let’s dive in!

Are There Any Songs About Alaska?

Many songs have mentioned Alaska, from classic John Denver tunes to upbeat pop songs. After all, it’s the largest state in the United States, with a varied and exciting history.

Some songs mention Alaska by name, while others reference it in passing. There’s much to say about this beautiful state, so there is no shortage of songs about Alaska.

What Type of Music Is Popular in Alaska?

No one music type is most popular in Alaska. The people of Alaska are a diverse group, including a high contingent of Native American and Alaskan Native people with music that dates centuries. People in Alaska listen to all music, from country and folk to rock, hip hop, and many other genres.

The most common music type that features Alaska in its lyrics is folk or country music. Many folk songs glorify the natural beauty of this massive state.

Who Is the Most Famous Musician From Alaska?

Naming the most famous musician from Alaska can be a bit controversial. It depends upon how you classify “from Alaska.”

The most famous musician that calls Alaska home is Jewel. The singer-songwriter was born in Payson, Utah, but her parents moved the family to a homestead in Homer, Alaska, when she was a baby.

Raised in Alaska, Jewel is the most famous musician to call the state home. Her album “Pieces of You” spawned megahits like “You Were Meant For Me,” “Foolish Games,” and “Who Will Save Your Soul.” She has continued to release a steady stream of hits.

The most famous musician born in Alaska would be John Gourley, lead singer and rhythm guitarist of the band Portugal. The Man. Born in Willow, Alaska, Gourley grew up in many locations state-wide, including a stint in a remote, off-the-grid cabin accessible only by dogsled. His parents competed in the Iditarod Trail Dog Sled Race.

Gourley left home to pursue his musical dreams, eventually forming Portugal. The Man, which produced the hits “Feel It Still,” “So American,” “Live in the Moment,” and “Purple Yellow Red and Blue,” among others.

Though Jewel and John Gourley may be the most famous musicians from Alaska, they didn’t crack our list of the most popular songs about Alaska. Each piece on the list has a unique perspective on what it means to be in Alaska.

For some, it is a beautiful and peaceful place. For others, it is a land of mystery and adventure. No matter your opinion, there is a song on this list that may speak to you.

Alaska and Me by John Denver

John Denver’s song “Alaska and Me” is a famous ode to the state of Alaska. The song captures the beauty of the landscape and the sense of wonder many people feel when they visit the state.

The song also touches on some of the challenges people face in Alaska, like the harsh winters and the isolation. Despite these challenges, however, the music reflects the sense of pride that many Alaskans feel for their home.

John Denver’s songs about Alaska are some of the most popular songs about the state. “American Child” is no exception. The piece summarizes John Denver’s life as an adventurer in Alaska. He talks about his experiences in the wild and how he came to love the state.

The song is popular because it speaks to the adventurous spirit of Alaska, and it appeals to those who identify with John Denver’s message.

“Alaska” is a popular song by the band Dr. Dog. The song is about a person’s love for Alaska and how their passion for the state can never disappear.

The song is trendy because it speaks to the feeling of many people who have visited or lived in Alaska that the state has a special place in their hearts. It is also a catchy and well-produced song with memorable lyrics.

“Alaska” captures the essence of Alaska’s wild beauty and its ability to inspire feelings of wonder and admiration.

Alaska Bloodline by Joe and Bing

The Joe and Bing song “Alaska Bloodline” is popular because it talks about the state’s beauty and how it’s a great place to live. Though it mentions how hard life can be in Alaska, it also talks about how the people are friendly, always there for each other, and how Alaska runs through a person’s bloodline.

The song “I’ll See Alaska” by the Black Irish Band is about a person who wants to see Alaska but can’t because they’re stuck in their current situation. The lyrics talk about how Alaska is a place of beauty and wonder and how the person wants to experience it.

The song is popular because it expresses many people’s longing to see Alaska. It’s a place that people often describe as majestic and pristine, and visiting is appealing.

North to Alaska by Johnny Horton

John Horton’s iconic song “North to Alaska,” tells the story of two men who travel to Alaska in search of gold. They face many challenges, including an encounter with a grizzly bear. Despite the dangers, they persevere and eventually strike it rich. The song celebrates the determination, resilience, and hope that Alaska offers those seeking their fortunes.

To the Wild Country by John Denver

“To the Wild Country” is a John Denver song about Alaska. It tells the story of a man who leaves his home in the city to live in the Alaskan wilderness. He talks about how he loves the land, which has everything he needs.

The song is popular because it captures the spirit and beauty of Alaska. It also describes the desire many people have to get away from the bustle of city life and experience nature.

Road to Alaska by the Bee Gees

Far from the disco grooves of “Saturday Night Fever,” the Bee Gees’ song “Road to Alaska” is an upbeat and catchy tune with a simple message about being on the road to Alaska.

“Road to Alaska” isn’t a deep, meaningful ode to the state but is a fun, catchy anthem if you are traveling to Alaska.

The Shawn Mullins song “Talkin’ Goin’ to Alaska Blues” reflects on the state’s beauty and the freedom that comes to those searching for a simpler life. It paints a picture of the state’s rugged and wild character, which appeals to people looking for an escape. “Talkin’ Goin’ to Alaska Blues” is a popular song because it captures the essence of what many people love about Alaska.

Fairbanks, Alaska, by The Front Bottoms

“Fairbanks Alaska” is a song by the Front Bottoms about one of the state’s most popular cities. The piece is trendy among Alaskan fans because of its catchy melody and humorous lyrics.

The song talks about everything that makes Alaska unique, from the northern lights to the open spaces. It also pokes fun at some of the stereotypes about Alaska. Overall, “Fairbanks Alaska” is a fun and light-hearted song.

Traveler’s Tip: Have you heard the chilling stories behind Portlock, Alaska?

What Are Your Favorite Songs About Alaska?

There are many outstanding songs about Alaska, but we had to narrow it down. Our list covers a wide range of genres and artists. These songs perfectly capture the beauty and spirit of America’s last frontier and the sense of freedom that comes with living in such a wild place.

Do you have a favorite song about Alaska? Share them and your thoughts on Alaska in the comments! 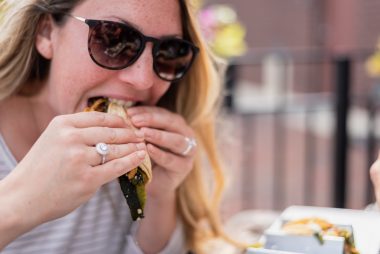 10 Foods You Have to Eat When Visiting New Mexico 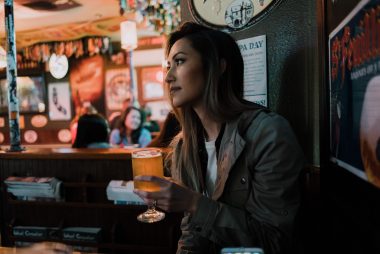