The Spooky Snoqualmie Tunnel Is a Perfect Weekend Adventure

If you’re visiting Mount Rainier National Park or Seattle, take an adventure to the Snoqualmie Pass to visit the Snoqualmie Tunnel. You have to traverse this dark, damp old railway tunnel with flashlights or headlamps.

Be careful, though. Some visitors claim it’s haunted, and with over two miles of railway in almost complete darkness, you may feel like it’s one of the spookiest locations in Washington.

Even though it may spark some fear, the Snoqualmie Tunnel is an excellent destination for a weekend adventure. Let’s learn more.

Where Is the Spooky Snoqualmie Tunnel?

This 2.3-mile-long tunnel was constructed in the 1900s to allow trains to pass through the mountainous central-eastern part of Washington.

It cuts through the area of Rockdale Creek off Interstate 90 and ends near the Snoqualmie Pass, where Highway 906 crosses under I-90. The tunnel is part of the Palouse to Cascades State Park Trail (formerly the John Wayne Trail).

History of the Snoqualmie Tunnel

In the early 1910s, the Chicago, Milwaukee, St. Paul, and Pacific Railroad used the Snoqualmie Tunnel. The east-to-west rail provided safe travel through the Snoqualmie Pass. The Milwaukee Road train ran through the section of the railway for decades before traveling for the last time on March 15, 1980.

The Snoqualmie Tunnel was abandoned in 1980 after that last train passage. But after a two-year closure, it reopened on July 5, 2011, after a $700,000 renovation. The project added a four-inch layer of concrete to the walls and ceiling to reinforce the overall structure and improve the walking surface.

When Was the Last Time a Train Went Through the Snoqualmie Tunnel?

The Chicago, Milwaukee, St. Paul, and Pacific Railroad, also known as the Milwaukee Road, operated in the Midwest and Northwest from 1847 until 1986. After constructing railways in the Midwest, the company felt like it needed to extend to the Pacific to keep up with the competition. In 1909, it finished the Northwest railways through the Rockies and Cascade mountain ranges.

However, travel proved treacherous during the winter. Cold temperatures made it difficult for steam locomotives to generate enough power. A move to hydroelectric power saved the company’s expansion through the Cascades. The electric overhead lines ran through the Snoqualmie Tunnel.

However, the Milwaukee Road struggled to stay afloat with competing railroads evolving and taking over the country. It filed for bankruptcy three times.

Finally, in the 1970s, the company reduced its route distance and abandoned the Northwest line. On March 15, 1980, the last train passed through the Snoqualmie Tunnel.

If you want to visit the Snoqualmie Tunnel, hiking the Palouse to Cascades State Park Trail is a good way to get there. This 250-mile trail takes you through the tunnel less than a mile from the trailhead. But note that the tunnel closes from Nov. 1 to May 1, so plan accordingly.

Take exit 54 off I-90. Turn left onto State Route 906 and look for the Iron Horse State Park signs. Signs will lead you to the parking lot to visit the Snoqualmie Tunnel. You do need a Discover Pass to park here and explore the area.

The Snoqualmie Tunnel is only about a third of a mile from the trailhead. You’ll start to feel the cool air funneling out of the tunnel as you get closer. Once on the other side of the 2.3-mile-long tunnel, you’ll find picnic tables and a pit toilet.

You’ll have beautiful views of the Cascade Mountains. Grab a snack or eat a picnic lunch before turning around and heading back through.

You can also continue along the Palouse to Cascades Trail if you’d like. It has 5,794 acres and 250 miles to explore.

Tips for Hiking the Trail

Even during the summer, you’ll want to bring a jacket. You might even want a hat and gloves. The damp air and water dripping inside the dark tunnel create an eerie atmosphere. Bring a headlamp and extra batteries.

Since bikers also travel the trail, wear reflective clothing. They can come up on hikers quickly, so help them see you better. Because the tunnel is pretty straight, you might see a small light at the end even though it’s 2 miles from the beginning to the end.

The walk is easy and well-kept. However, on your return trip, you won’t see the light at the end of the tunnel until you’re almost through because of the slight bend at the start near the east side.

Is the Snoqualmie Tunnel Haunted?

Because of the darkness, dampness, and sheer size, it’s easy to think the Snoqualmie Tunnel is haunted. When you approach it, it does look as though it came out of a horror film. Knowing you’re walking underneath a huge mountain range can also give you the creeps.

Like any tunnel, the echoes can create a haunted atmosphere, and the glow of flashlights enhances the feel. You might hear water dripping or feel drops on your nose as you venture through.

Traveler’s Tip: The Temple of Oculus Anubis has been called “The Creepiest Place in Oregon.”

Other Unique Places You Should Visit

Besides the Snoqualmie Tunnel, you can visit other spooky and unique places in Washington. If you like abandoned areas, check out the ghost towns of Melmont and Govan where you’ll find eerie shells of old buildings surrounded by mystery. The Blue Lake Rhino Cave is also an intriguing underground adventure.

In this area near Mount Rainier, you can hike to Melmont, a ghost town that was abandoned long ago. You’ll see a few foundations remaining, the remnants of a bridge, and maybe a few old cars. This is a 6-mile round-trip hike and can get muddy most of the year.

An abandoned schoolhouse and post office are all that remains of this once-thriving farming community. But Govan was also known for a couple of unsolved murders.

In 1902, a judge and his wife were killed with an ax in “one of the most atrocious murders” in Washington at the time. Additionally, in 1941, a woman was found murdered on her farm, and eight years later, her son’s body was also found.

If creepy ghost town lore interests you, add Govan as a stop on your Washington road trip.

About 35 minutes before you get to Govan, WA, from the Snoqualmie Tunnel is the Blue Lake Rhino Cave. The cave, situated along Highway 17, is actually the hardened corpse of a Diceratherium, an ancient ancestor of the modern rhinoceros.

When a volcanic eruption occurred, the lake cut off the Diceratherium’s escape route. The lava cooled around its body and turned it into the rock that remains today. It’s quite a unique sight to see.

Visit the Snoqualmie Tunnel, If You Dare

Venturing out to Snoqualmie Tunnel is the perfect weekend adventure as long as you go prepared. Don’t forget a jacket or flashlight, or your experience may become a nightmare. It’s certainly a spooky atmosphere, so if you want some outdoor adventures to do on Halloween, this might be a good spot for some scares.

But it’s also a great piece of American history. Don’t forget to read about the railroad before entering. It’s quite amazing to think about the tunnel’s creation in the early 1900s with the tools and engineering skills of that era. Go check it out for yourself — if you dare. 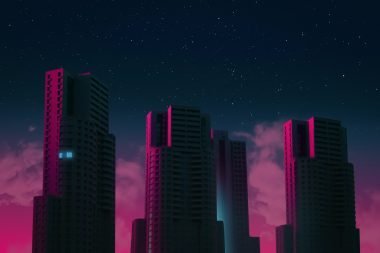 Where Is Bill Gates "Smart City" in Arizona? 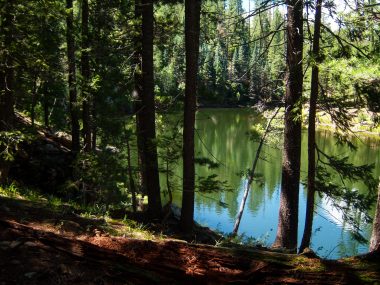 This Crystal Clear Secluded Forest Lake Is in Arizona