The Story Behind the See Through Grave in Vermont

Have you ever heard of see through graves? What about safety coffins? Although not common, these things exist to settle the fears of people who have a disproportionate fear of being buried alive. In fact, as recently as 1995, some filed a patent for a safety coffin with an emergency alarm, intercom system, flashlight, breathing apparatus, and heart monitor and stimulator.

Let’s take a look at one see through grave in Vermont to learn more about why the deceased wanted people to be able to see him lying inside his coffin.

What Are See Through Graves?

In this case, a see through grave is one with a small window. Its purpose was to allow friends and family to look inside to make sure the deceased was actually dead. There had been tales of live burials, and the window was an attempt to provide an escape for the supposed deceased.

Where Are the See Through Graves in Vermont?

In Evergreen Cemetery in New Haven, Vt., visitors can spend time by the graves of lost loved ones and venture a peek into the grave of one man, Dr. Timothy Clark Smith.

Not only is there a see through grave, but cemetery records detail a second room within the burial crypt. It’s here where they buried Smith’s wife. There is a set of stairs leading into the crypt underneath the specially made concrete stone.

Traveler’s Tip: Find out if you have what it takes to visit the haunted Glastenbury Mountain in Vermont.

Why Is There a See Through Grave?

In 1791, Robert Robinson, an English Dissenting Minister, died in Manchester. Instead of putting him in a traditional coffin, they buried him in a coffin with a movable glass pane. This made it possible for the watchman at the mausoleum to inspect the body to ensure he was still dead.

Dr. Timothy Clark Smith must have heard this story and designed something similar for himself. In 1893, when Smith passed away, he was buried in a specially prepared grave with a fixed glass window.

The window looked straight down a 6-foot deep cement shaft where Smith’s face was lying. Also buried with a bell in his hand, Smith was determined to be able to escape should he be mistakenly buried alive.

To be fair, in the 1800s, this fear wasn’t completely irrational. It may sound silly today, but before modern medicine, there were tales, either real or urban legends, of people who were actually in a coma but thought to be dead.

In the 1880s, the New York Times told two stories in particular. One was about a man named “Jenkins” who people found turned over inside his coffin with scratch marks covering the interior. Another story was about a girl with tucked knees with her burial shroud in shreds. So even though it’s uncommon today, when Dr. Timothy Clark Smith lived in the 1800s, the fear was very real.

So real that people began making safety coffins. Some safety coffins had a rope with a bell, escape hatches or ladders. They placed flag or fire crackers outside.

But these designs were flawed as there was no breathing tube. So even if someone met that unfortunate fate, they wouldn’t make it very long with the limited air supply inside the coffin.

Who Is Timothy Smith?

Dr. Timothy Clark Smith was a doctor who trained at City University in New York. He then became a staff surgeon for the Russian Army in the mid-1850s.

In the 1860s, Smith served as a diplomat for over 20 years. He was U.S. Consul in Odessa, Russia, and Galatz, Romania.

Even with his education and life experiences, Smith couldn’t cure himself of his taphephobia. He made sure that someone would find him if he were indeed a victim of a live burial.

Can You See Timothy Smith in His Grave?

Today, when you go to Dr. Timothy Clark Smith’s grave, you’ll see the concrete slab stone with a window. But after almost 130 years, condensation has built up inside the glass. All you can see today are bubbles and a dark space inside.

However, if you lived in the 1890s, you would have peered down at the decomposing face of the doctor.

Will You Visit Vermont’s See Through Grave?

If you’re working your way through Vermont, perhaps explore the creepiest places or unique attractions the Green Mountain State has to offer. Consider venturing out to New Haven to see the grave of Dr. Timothy Clark Smith.

Although not really see through anymore, it’s an interesting story and sparks visitors’ interest every year. Who knows? Maybe when you peer inside, you’ll actually be able to see the skeletal remains of Dr. Timothy Clark Smith.

Will you dare to look into the grave? 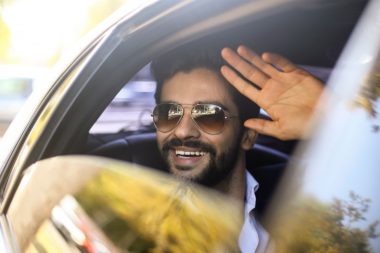 Did You Know These Famous People Are From Maine? 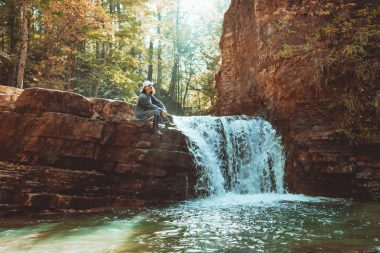 The Best Waterfalls in Maine You Have to Visit