Going to an amusement park with your mom or dad is exhilarating when you’re a child. From the cotton candy to the balloon darts to the roller coasters and everything in between, it’s a child’s dream come true. That is until the dream turns into a nightmare. Let’s look at a chilling tale, forgotten for so many years — the tale of murder at Rhode Island’s Rocky Point Amusement Park.

Where Was Rocky Point Amusement Park?

Rocky Point Amusement Park operated on the Narragansett Bay shore of Warwick, Rhode Island, for over 100 years. Just a 30-minute drive south of the state’s capital of Providence, you can access the amusement park by Highway 117.

The park faced the city of Bristol across Narragansett Bay. Greenwich Bay is on the other side of the peninsula to the west.

From the late 1840s until its closure in 1996, Rocky Point Amusement Park was the site of rides such as the Skyliner, the Loop Corkscrew Roller Coaster, the Log Flume, and the Freefall. The amusement park was trendy from the 1950s through the 1980s. It also featured the Palladium Ballroom, which occasionally hosted concerts, and the Shore Dinner Hall, which sat over 4,000 customers.

Because of financial struggles, Rocky Point Amusement Park closed in the mid-1990s, selling many of its rides to other amusement parks around the country. In 2013, 82 acres of the former amusement park transformed into a state park in Rhode Island.

The open space is a passive use area, and the only remaining structures that once existed at the amusement park include the 1906 Circle Swing ride tower, the upper and lower stations of the Skyliner gondola ride, ruins of an old water tank, and a large arch by the entrance.

What Happened to Maggie Sheffield?

In 1893, what was supposed to be a fun outing between a dad and his daughter turned tragic. Five-year-old Maggie Sheffield visited Rocky Point Amusement Park with her father, Frank Sheffield.

In the late 1800s, opium and cocaine were legal drugs. Doctors prescribed Frank Sheffield these drugs at that time due to an unstable mental condition and a freak head injury that occurred around the time of Maggie’s birth. Even after multiple confessions to his doctor that he would kill his daughter, no one expected it.

That day, after a meal at the Shore Dinner Hall, Frank walked his daughter toward the shore and bashed her head with a rock, killing her. Strangely, the community of Warwick seemed more concerned about Frank than they did about what happened to the little girl. Even after the murder, Rocky Point Amusement Park gained popularity and continued to thrive.

Was Frank Sheffield Convicted of Murder?

Frank Sheffield stood trial shortly after the murder. He was rumored to be insane or addicted to drugs. As a result, he was found not guilty because of insanity.

Why did he kill his 5-year-old daughter? Perhaps it was because she was a constant reminder of his deceased wife, who died shortly after giving birth to Maggie. Maybe it was because he blamed Maggie for his wife’s death. Whatever the motive, Frank Sheffield walked away free.

Traveler’s Tip: Rhode Island’s Mount Hope Bridge is both terrifying and an engineering marvel — you need to see it!

Did Rocky Point Amusement Park Remain Open After the Murder?

The murder didn’t tarnish the amusement park’s name. Rocky Point became even more popular but not because of the murder. The community seemed to forget the murder.

People were more concerned with enjoying “the crab cakes and carousel rides” according to Kelly Sullivan Pezza, who authored the book Murder at Rocky Point Park: Tragedy in Rhode Island’s Summer Paradise. After Maggie Sheffield’s burial, it appeared everything went back to normal in Warwick, Rhode Island.

Rocky Point State Park is one of 12 state parks in Rhode Island. It’s a place where many Rhode Islanders recall fond memories of the amusement park.

It’s a day-use park with no overnight camping permitted, and there are also no drinking water fixtures, toilets, communications, or emergency assistance facilities. Boating, fishing, biking, and picnicking are everyday activities.

Most of Rocky Point State Park is simply an open green space for the community to enjoy.

Will You Visit the Site of Maggie Sheffield’s Murder?

Although Rocky Point Amusement Park is no longer standing and most of its rides are now at other amusement parks, Rhode Island has preserved its history by turning the land into a state park.

It’s a place of childhood memories, carnival attractions, and delicious dinners along the shore. The amusement park was wildly popular during its heyday despite the tragedy of Maggie Sheffield’s murder.

Would you visit Rocky Point State Park, or do you think the restless spirit of a 5-year-old might haunt the ground? 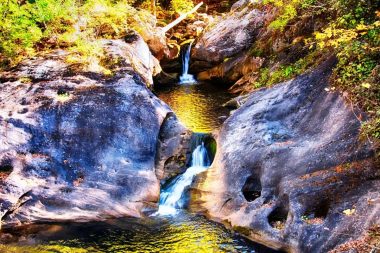 10 Waterfalls in Connecticut That You Need to See 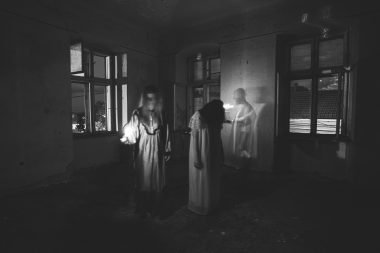