The Mightiest Rivers in New Mexico

When you consider New Mexico, you may not think of mighty rivers. You might imagine cities like Albuquerque and Santa Fe or National Parks like White Sands and Carlsbad Caverns. However, there are thousands of miles of waterways throughout the Land of Enchantment. Let’s learn more about the mightiest rivers in New Mexico and how much ground they cover.

How Many Rivers Are in New Mexico?

There are 18 major rivers or creeks in New Mexico, according to Geology.com. Other than the ones we list below, these rivers include the Canadian River, the Gallinas River, the Rio Chama, the Rio San Jose, and the San Francisco River. In addition, there are ten major lakes in the state, including Brantley Lake, the Caballo Reservoir, Eagle Nest Lake, the Elephant Butte Reservoir, the Navajo Reservoir, and Sumner Lake.

Can You Swim in Rivers in New Mexico?

The Pecos River also offers swimming holes for locals and tourists to enjoy. Although many people go to Carlsbad to trek underground, there’s the beautiful Lake Carlsbad Recreation Area on the river. The 125-acre beach park is perfect for the whole family.

What Are the 5 Major Rivers of New Mexico?

Some may consider New Mexico an arid, desert state, but it’s home to several major rivers. It beckons anglers, kayakers, rafters, and other outdoor enthusiasts to enjoy the beautiful natural waters of the San Juan River, the Pecos River, the Cimarron River, the Rio Costilla River, and the Rio Grande.

These five rivers make up thousands of miles of shoreline and river habitats. In addition, they create hundreds of thousands of watershed drainage basins, providing water supply for this dry Southwestern state. Part of the Pecos River is also a National Wild and Scenic River.

Traveler’s Tip: While in New Mexico use our Guide to the Black Rock Hot Springs.

The snowmelt of the San Juan Mountains sends water to the San Juan River, making it a major tributary of the Colorado River. It flows 383 miles through northern New Mexico and southeastern Utah, finally joining the Colorado River at Glen Canyon. The San Juan River drains approximately 24,600 square miles of the Southwest near the Four Corners. Due to the sandstone, siltstone, and shale sedimentary rock of this region, the San Juan River is very muddy. Even so, outdoor recreational activities like boating, water-skiing, fishing, and shoreline camping are popular.

The headwaters of the Pecos River originate on the eastern slope of the Sangre de Cristo mountain range. This river in New Mexico flows for 926 miles, ending in the Rio Grande in Texas. The Pecos River drains approximately 44,300 square miles of New Mexico and Texas. Alamogordo Dam, Avalon Dam, McMillan Dam, and Red Bluff Dam all help to control the river.

Beginning in northwestern New Mexico, the Cimarron River flows 698 miles across New Mexico and into Oklahoma and Arkansas, eventually joining the Arkansas River. It also briefly flows into Colorado and Kansas. The “River of the Wild Sheep” drains a basin of approximately 18,927 square miles. Like the San Juan River, the Cimarron River’s water quality is poor due to the natural mineral deposits, salt plains, and saline springs that it passes through. The red soil it takes once colored the Arkansas River before the state built the Keystone Dam.

In the Black Range of the Gila National Forest, the Gila River begins to flow. While other Southwestern rivers are red and muddy, the Gila River has crystal clear waters running through remote parts of New Mexico. It remains undammed and flows 646 miles through western New Mexico into Arizona, connecting with the Colorado River at the Arizona-California border. The Gila River drains this arid watershed of nearly 60,000 square miles, including parts of northern Mexico.

Which River in New Mexico Flows Into the Rio Grande?

The Pecos River begins at an elevation of 12,000 feet in the Sangre de Cristo mountain range and meets the Rio Grande in Del Rio, Texas. It flows past Santa Rosa, Roswell, and Carlsbad in New Mexico. It continues past Pecos, Texas, crossing under Interstate 10 until it reaches the Rio Grande at the Amistad Reservoir near the Texas-Mexico border.

Traveler’s Tip: Are you brave enough to take a hot air balloon ride in New Mexico?

Which River Goes Through Santa Fe?

The Santa Fe River cuts through Santa Fe, providing 40% of the city’s water supply. It starts in the Sangre de Cristo mountain range and runs about 46 miles. The basin is 285 square miles. While it isn’t one of the mightiest rivers in New Mexico, the Santa Fe River is another tributary of the Rio Grande.

Are Rivers in New Mexico Worth Seeing Up Close?

The rushing sound of river rapids can be exhilarating, and the flow of peaceful waters can be relaxing. Whatever adventure or vacation you want to experience, New Mexico has it. Book a river rafting tour and hit the rapids, or pack a picnic and head to a beach to relax. These rivers in New Mexico might not match the Missouri or Mississippi in size, but they’re well-loved and well-respected by the Southwest.

Have you ventured west to see the mightiest rivers in New Mexico? Tell us about your experience in the comments! 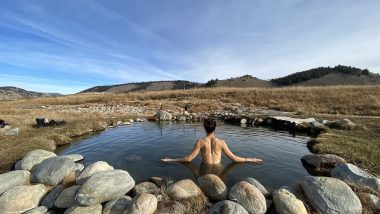 The Best Natural and Man-Made Hot Springs in New Mexico 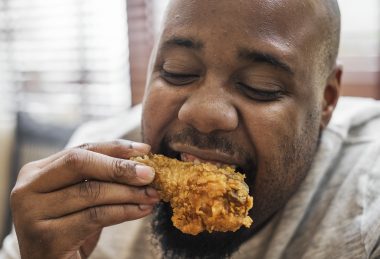 Soul Food You Have to Eat When Visiting New Orleans