We Dare You to Drive the Most Haunted Road in America

Who doesn’t like a good ghost story? Many love a thrilling tale, especially if it involves frightening sounds, apparitions, and unexplainable disappearances.

The legend of Riverdale Road lives up to its reputation as the most haunted street in the country. Ghost hunters drive this winding byway to see if the spirits of dead joggers, murdered families, and scary hitchhikers gather here.

We dove into the urban legend of this roadway to separate fact from fiction.

What Is the Most Haunted Road in America?

If you believe the legends, the most haunted road in America is Riverdale Road in Colorado. This winding street meanders through 11 miles of rural landscapes, and it has a history of ghostly proportions.

People associate this road with apparitions, signs, sounds, and eerie occurrences. Recent interest has kept the terrifying trail on the minds of ghost hunters everywhere.

Where Is Riverdale Road?

Between the northern Denver suburbs of Brighton and Thornton, Riverdale Road runs through mostly rural land, connecting the two communities. As you travel north, Riverdale follows the South Platte River in many places.

At night the skies are dark, although you can see the lights of surrounding communities in the distance. It is easy to envision some of the reported occurrences in this setting. It’s the perfect setup for a good ghost story, or in this case, several scary ones.

Why Is Riverdale Road Thought to Be Haunted?

From the story of an entrepreneurial man burning his mansion down with his family sleeping inside to tales of a drag racing Camaro returning from the dead to challenge drivers to a race down Riverdale, the cryptic stories of the road are spine-chilling.

Many believe that Riverdale Road hosts several ethereal beings, like the woman in white who people can see walking in the area where gates to the burned mansion once were. There may also be the spirit of a jogger who lost his life on the street that returns to pound on the sides of passing cars.

There are reports of bodies hanging from massive cottonwood trees along the lane and a small boy’s bloody handprints on street signs. There’s even a mysterious hitchhiker who disappears when offered a ride. These stories are all part of the creepy folklore of Riverdale Road.

Can You Drive on Riverdale Road?

Anyone can drive the length of Riverdale Road. Beware, not of supernatural beings, but blind corners, curving roadways, and very few street lights.

There are numerous car accidents here, caused by drivers speeding and then losing control of their vehicles, only to wrap their cars around a tree and lose their lives. Some of these true stories have most likely lent their factual accounts to the ghost story involving a black Camaro with only one headlight returning to goad drivers into drag racing with him.

So, if you drive the street, don’t become a statistic or a new frightening tale!

Are the Stories of Riverdale Road True?

The Denver Public Library researched the story that seems to have started it all; the mansion that burned. They found that the David Wolpert House burned in 1975. But that is the only fact that matches the story.

Mr. Wolpert built the house in 1864. By the time he and his wife died in 1909 and 1915, respectively, the brick home had seen several owners. The residence fell into disrepair and the county condemned it, requiring any residents to move out.

The house was vacant when it burned down in 1975, leaving a few brick walls and an outbuilding. Its location is now Pelican Ponds Open Space.

Riverdale Road has a horrible record of car wrecks ending in death because of its many curves. This is probably the basis for the drag racing Camaro tale.

Some said it was a crash that rescuers discovered by the lone headlight shining through the foliage. But this yarn is not real, as searches of crashes along this road reveal that no one ever cited Camaros.

A ghost jogger who died in a car accident is also a story in this area. However, we can find no deaths of joggers on Riverdale.

The ghost story involves the dead jogger banging on passing cars, warning them of his need for help. Even though it might be imaginary, let’s hope that this tale makes some drivers slow down and avoid people walking or jogging along the shoulder of the road.

There have been no reports of hangings or disappearing hitchhikers on Riverdale Road. Whatever the case, these stories add an element of entertainment and fear for today’s travelers.

What Do Denver Residents Think About This Haunted Road?

Denver and the surrounding region have some residents who enjoy a good ghost story and many who think the frightening tales are embellishments people pass around for fun. They make for fantastic tales to tell around a campfire at night.

If YouTube is a good measure, numerous videos are touting the hair-raising disturbances on the most haunted road in America.

What Else Can You Check Out Near Riverdale Road?

The Thornton area has several attractions if you tire of ghost stories. The location where the Wolpert House burned down now has a disc golf course on the property.

If butterflies are more your thing, visit the Denver Butterfly Pavilion, or take in a theater production at Prairie Playhouse. Outdoor enthusiasts will enjoy hiking and biking along the Platte River Trail or getting lost in Thornton’s Fall Corn Maize in October.

There are also many shopping and dining opportunities that will keep you far away from apparitions and things that go bump in the night.

Should You Avoid the Haunted Road?

There is no reason to avoid the most haunted road in the nation unless you refuse to drive the speed limit while exploring the spooky sightings. You risk the chance of becoming one of the characters in those ghostly tales, so take your time and tour this 11-mile trail of supernatural events carefully. By the end, you will have your answers to their validity, and you may have a tale to tell!

Have you heard ghost stories about locations you’ve visited on your adventures? Let us know! 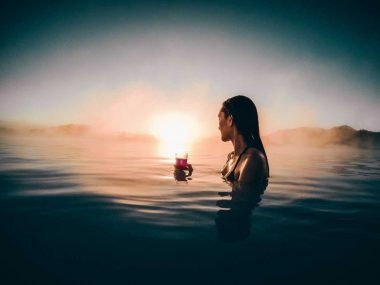 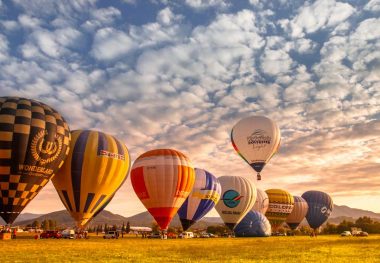