When the weather turns warm, many New Englanders instinctively head to the shores. There are many Rhode Island beach towns perfect for soaking up the sun Rhode Island is the smallest state, but its great beach towns offer big fun and incredible scenery. That’s just for starters.

Which of its many waterfront communities are the best to visit, and what can you do there? Let’s find out!

They don’t call Rhode Island “the Ocean State” for nothing. Connecticut and Massachusetts form Rhode Island’s western and northern boundaries, but the other two sides are mostly water.

Numerous iconic beach towns dot the coastlines of the Atlantic Ocean and Rhode Island’s many bays. Though Rhode Island isn’t technically an island, it has several.

Many Rhode Island beach towns are quaint, welcoming, and not overrun by tourists. You can admire the abundant natural beauty and remaining colonial-era architecture as you take advantage of summer pastimes.

Sailing is a rite of passage in some Rhode Island beach towns. You may also enjoy attending a laidback music festival or indulging in fresh seafood. Some of these towns have wineries, too.

Weather-wise, it gets hot in waterfront areas but not sweltering. On average, there’s one day each summer that reaches 90 degrees or higher. Temps in the 60s and 70s are much more likely.

As for precipitation, the summer months don’t see any more than usual. You can generally count on less than three inches of rain a month in May, June, and July.

Even though Rhode Island is the smallest state, visiting all of its beach towns would be a significant undertaking. We’ve narrowed them to the top 10 places to visit for summer fun.

Dating to the 1660s, Westerly is an excellent starting point for exploring the area’s colonial history. This cozy town in southwestern Rhode Island has much more besides beaches and scenic shorelines.

The small but vibrant downtown district is buzzing with restaurants and bars. It also features bookshops, boutiques, and bakeries. Plan a picnic lunch in the picturesque Wilcox Park and a leisurely hike at Napatree Point Conservation Area.

With a name like this, you may assume this town lies in the middle of Rhode Island. Middletown is near the center of Aquidneck Island, toward the state’s eastern side.

It’s one of several towns there, and maybe the least famous. This lesser-known getaway on Narragansett Bay has two popular beaches. Another point of interest is the peninsula, home to the 242-acre Sachuest Point National Wildlife Refuge.

The Narragansett Bay and Rhode Island Sound are two reasons people call the historic city of Newport “the Sailing Capital of the World.” You’ll get your first breathtaking view of these waters as you head over the bridge connecting the mainland with Aquidneck Island.

Make time for a coastline cruise along Ocean Drive and hike the 3.5-mile Cliff Walk. The Newport Folk Festival is in late July at Fort Adams State Park, which is always worth a visit.

The shortest ferry ride to this island off Rhode Island’s southern coast takes about a half hour. Once you’re there, a bicycle may be the best way to explore the many beaches, shops, and galleries fully.

The names New Shoreham and Block Island are pretty much synonymous. Both identify this gorgeous landmass as less than ten square miles in size. A visit to the majestic Mohegan Bluffs is a must.

This area of Aquidneck Island, which some know as East Bay, is south of Fall River, Massachusetts. Tiverton is across the Sakonnet River from the other island cities of Newport, Middleton, and Portsmouth.

Fogland Beach and Grinnell’s Beach are famous for windsurfers because of their nearly constant heavy breezes. The colonial-era section of town, Tiverton Four Corners, has iconic shops and restaurants, many in historic buildings.

This historic town of around 31,000 people is at the bottom of the state, on the edge of Block Island Sound. There are two scenic beaches here: Town Beach at Matunuck and East Matunuck State Beach.

You can also follow a driving tour of more than 30 historical sites in South Kingstown, including some of Rhode Island’s oldest buildings. An annual Fourth of July celebration and a balloon festival each August are big attractions.

Up the coast to the east are more beaches to discover in the town of Narragansett. This fairly commonplace name refers to the indigenous people that used to live here.

The half-mile Narragansett Town Beach is the best-known beach here, but several others exist. Scarborough State Beach has moderate to heavy surf, while two other state beaches have calmer conditions because of breakwaters.

Head toward the state’s southeastern corner, almost to Massachusetts, to reach Little Compton. South Shore Beach, with its strip of white sand, is the most popular draw. You’ll find portable toilets, watchful lifeguards, and easy access to the open Atlantic.

Nearby, the unspoiled Goosewing Beach, with its dunes and sea grasses, awaits visitors looking for a more natural experience. The government protects this 75-acre tract as an important nesting area for birds.

In some ways, this small town between Westerly and Narragansett is the quintessential Rhode Island beach town. With a population of around 8,000, there’s a relaxed, friendly vibe in Charlestown.

The central location on the state’s southern shore offers a commanding view of Block Island Sound. East Beach is a lovely place to stretch out on the sand. You can best experience the area’s dark skies at the Frosty Drew Nature Center and Observatory.

All the U.S. flags flying around the seaport city of Bristol help secure its reputation as one of the most patriotic places in America. Founded in 1685, this former state capital is in northern Rhode Island, across the bay from Aquidneck Island.

One of the prime spots for relaxation is Town Beach, which has picnic tables, a pavilion, and a 5-mile cross-country fitness trail.

Some of the beaches in Rhode Island are sandy, others are rocky, and many are a combination. Some front the rough, chilly waters of the Atlantic Ocean while others lay along the gentler waves of bays and rivers. Many, but not all, have lifeguards on duty during the summer months.

With so many conditions, there’s something to please almost every kind of beach lover in Rhode Island. As a bonus, while exploring these various beaches, you can also discover the area’s unique charm and history. To blend in with the locals, treat yourself to a lobster roll or freshly-steamed clams.

Which town in Rhode Island will you visit first? 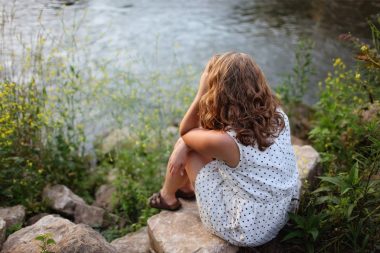 Why You Can't Swim in Lake Massabesic, NH 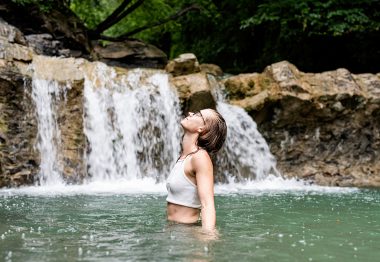