The Chilling Stories Behind Portlock, Alaska

Alaska is larger than life, with overwhelming landscapes offering adventure. Mountains, forests, and wilderness stretch for endless miles, the scene of many stories happening here. But the stories about Portlock, Alaska, are unlike any other, with characters from a horror movie. For an adrenaline-pumping excursion, look no further than tales of this now-abandoned town on the Alaska coast.

Where Is Portlock, Alaska?

On the southernmost region of Alaska’s Kenai Peninsula lies the remnants of a small village called Portlock. The town began in the early 1900s as a cannery for salmon. It was on Port Chatham Bay, 16 miles south of Seldovia, near the chromium mining settlement of Chrome.

Traveler’s Tip: Have you ever wondered if you can physically see Russia from Alaska?

The Aleuts inhabited the area for centuries. Settlers came to the region around 1787 when the British Royal Navy arrived with Captain Nathaniel Portlock, exploring the southern Alaskan coastline.

By 1910 there was enough interest in opening a cannery at Portlock that the town became official with the opening of its post office in 1921. However, by the 1940s, there were rumors of disappearances and murders and the discovery of giant footprints, and sightings of a hairy, Bigfoot-like creature the locals called Nantiinaq.

Soon, many moved away from the small community, scared for their lives. By 1951, the only local left was the postmaster, and when he closed the post office, he also moved.

What Happened to the Town of Portlock, Alaska?

After the establishment of a cannery due to massive salmon runs in the area, the citizens of Portlock experienced strange disappearances and deaths. In the 1920s, Albert Petka reported running off a peculiar animal with his dogs before receiving a fatal blow from the creature.

Ten years later, a piece of logging equipment hit a logger in the head, even though it would have taken more than one person to lift it. The logger died, and the unusual trend continued when several hunters disappeared a few years later. Their bodies floated in with the morning tide. Something had partially dismembered and beaten them. Over 20 years, people claimed to find more than 30 bodies in the same state.

By then, locals spoke of a Yeti-like monster that walked the beaches of Portlock, destroying fish wheels and leaving giant 18-inch-long footprints. This Nantiinaq creature wasn’t your usual Sasquatch, but more of a shapeshifter, keeping away from people. Some said when anyone cornered him, he could become violent, changing into an animal.

Others talked of a woman in a long black dress with a pale face who would appear from the cliffs. She would moan and scream, then disappear into the cliff face.

In the forests, people reported that someone ripped trees out and shoved them back in upside down. It was enough to send the entire village running to the hills.

After so many scary rumors, the population began dwindling in Portlock. Locals moved away to the surrounding villages of Nanwalek and Port Graham.

Is Portlock and Port Chatham the Same Thing?

Portlock, Alaska, is no longer on maps, as there is not much left. Port Chatham is the bay that separates Elizabeth Island from the southern portion of the Kenai Peninsula.

Many people use the term “Port Chatham” when referring to Portlock. It was the only town in the region of Port Chatham Bay, and people sometimes use the terms interchangeably.

A few old cabins, some cannery equipment, and a little graffiti are all that remain of Portlock. The region is full of stunning scenery and abundant wildlife.

However, the stories have kept tourists, developers, and settlers away from an otherwise pristine coastline. Maybe that’s precisely what the source of the rumors meant them to do!

How Many Ghost Towns Are in Alaska?

There are over 100 abandoned towns in Alaska, and most claim ghosts as their only residents. A few scarier ones would be Ukivok near Nome, the Kennicott Mine in the Wrangell-St. Elias National Park and Preserve, Portage, near Whittier, the Slide Cemetery in Skagway, and the Treadwell Gold Mine near Juneau.

Is Portlock, Alaska, Worth Visiting?

It’s a hike to get to Portlock, Alaska, these days, but if you have the opportunity, don’t pass it up. Several residents who grew up there and moved out still talk about its beauty.

However, they also suggest that many of the stories about their hometown exist to keep outsiders from discovering what a magical place it is. So enjoy a side trip to Portlock, but be on the lookout for an overly hairy man who wants his privacy.

Do you believe the rumors about Portlock, Alaska? 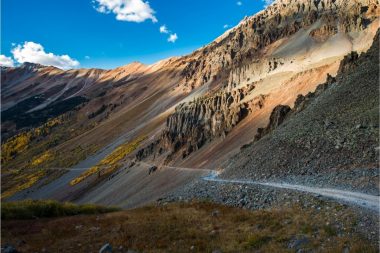 Abandoned Places in Utah You Need to See 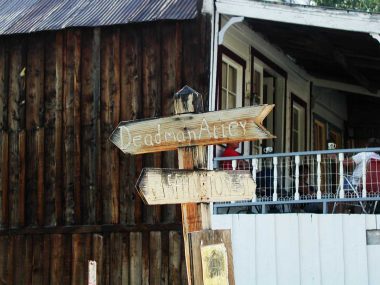