Home Northeast Maine Did You Know These Popular Movies Were Filmed in Maine?

Did You Know These Popular Movies Were Filmed in Maine?

When you think of film locations for movies, you likely think of Hollywood, California. However, the production crew of several blockbuster movies filmed in Maine. The landscapes in the Pine Tree State come alive on the big screen and are the perfect settings for movies.

Today, we will examine several movies entirely or partially filmed in Maine. It might surprise you what movies are on our list. Let’s dive in!

Who Is the Maine Film Office?

The Maine Film Office (MFO) is responsible for marketing Maine to the film industry and production companies to help grow Maine’s economy. They’re a Maine Office of Tourism division and help create and execute strategies for filming in Maine.

The goal of the Maine Film Office is to act as an official liaison between all entities when producing a film. They can help production efforts by recruiting the best local talents and creating a welcoming and supportive environment for film crews. They want everyone involved in the production to accomplish the best results.

What Incentives Are There for Movies Filmed in Maine?

Many state and local communities recognize the revenue the film industry can provide to film locations. As a result, many of these locations offer incentives to entice producers to film in their state or community. The Maine Film Office provides numerous incentives to lure productions to their state.

The Director of the Film Office is Karen Carberry Warhola, a renowned Certified Film Commissioner. She’s one of only 47 film commissioners with certification from the Association of Film Commissioners International. It’s an honor in the film community, and those who film in Maine are in excellent and experienced hands.

Production companies filming in Maine can benefit from a 10 to 12% wage rebate, plus a 5% production spend tax credit. The wage rebate is higher for hiring local than non-local talent in hopes of growing their local production talent. Productions can qualify for an accommodations tax exemption if they stay more than 28 days.

Traveler’s Tip: Here’s Everything You Need to Know About Mount Agamenticus in Maine

Popular Movies That Were Filmed in Maine

There’s a chance that you’ve seen more than one of the movies filmed in Maine. Let’s see what movies are on the list and how many you’ve seen. Let’s get started!

This popular 1995 film, starring the late and great Robin Williams, has scenes filmed in North Berwick and Kennebunk, Maine. The Parrish Shoe Factory scene is at North Berwick Woollen Mill. It was the industrial setting producers were looking for in the background.

Jumanji tells the story of a group of kids discovering a magical board game that brings a new world to life. The group plays the game and frees Alan Parrish, played by Robin Williams. The kids go through wild adventures trying to conquer the game and free Alan Parrish for good. It’s a great family-friendly movie!

While Pet Sematary is not exactly family-friendly, it’s another movie filmed in Maine. Some locations the crew filmed in Maine were the Creed house and the field where the Creed family enjoys a picnic when young Gage gets struck by a passing tanker truck.

The home is a private residence in Hancock, Maine. There is room to stop and take a picture of the house in the location where the accident occurs in the movie. However, you should not bother the property owners or trespass onto the property.

The movie details horrific events after the family’s cat passes away. The cat returns to life with a drastically different personality and demeanor. Despite warnings from a local, Louis Creed later buries his young son, Gage, in the area of the pet cemetery. You may want to watch this one during the daytime.

One of Tom Hanks’ best performances was his role as Forrest Gump. He did a phenomenal job bringing the character to life, helping the audience connect with an intriguing personality.

Production executives chose the Marshall Point Lighthouse in Port Clyde, Maine, as one of the scenes where Forrest Gump runs across the country.

Forrest Gump is an inspiring story of a man with challenges that didn’t slow him down. He fought in Vietnam, dominated college football and ping pong, and captained a shrimp boat. With witty sayings and a bit of charm, Forrest Gump wins the hearts of those he meets along his journey and of movie viewers.

This 1995 movie details the story of Casper, a friendly ghost who haunts a mansion. Casper falls in love with the daughter of a specialist who comes to communicate with the spirits haunting the house.

However, a romantic relationship between a ghost and a human can be pretty challenging, especially considering Casper’s mischievous ghostly uncles and their antics.

The movie is in Friendship, Maine, but the production crew filmed in the nearby town of Camden, Maine. However, don’t visit Camden thinking you’ll see the haunted mansion. The lower exterior and interior of the manor were temporary structures and set the crew built for the film.

The Man Without a Face

Maine was the central location for the majority of this film. Some cities and towns the producers used for filming include Camden, Deer Isle, and Rockland. If you want to see Maine’s beauty, this film does an excellent job of helping you feel like you’ve been there.

The film “The Man Without a Face” tells the story of a young man, Chuck Norstadt, who wants to follow in the footsteps of his late father and attend an elite military academy. However, he only has one summer to prepare himself for the challenging entrance exam. A former teacher with severe burns from an accident agrees to teach Chuck.

While the production filmed Shutter Island mainly in Massachusetts, viewers might recognize Acadia National Park’s rocky shores in scenes throughout the film. Several scenes of crashing waves are footage from Otter Cliffs.

In this film, U.S. Marshal Teddy Daniels, played by Leonardo DiCaprio, arrives at a heavily-guarded asylum with his partner. They’re investigating the disappearance of a woman who vanished in a locked room.

How does a woman disappear from a locked room? Grab some popcorn, turn the lights off, and watch this haunting story to find out!

See the Pine Tree State on the Big Screen

Maine is a beautiful state with landscapes that can make the perfect backdrop to many Hollywood films. Whether you’re planning a trip or looking for an excellent movie to watch, one of these movies filmed in Maine might be the perfect way to spend the night. So cozy up on the couch with your favorite snack and find one of these movies on your favorite streaming service.

Have you seen any of the movies on our list? 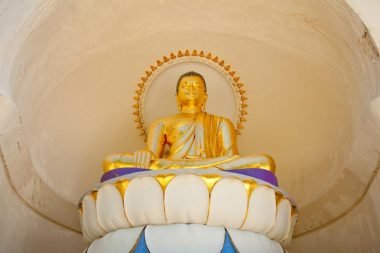 Relax Your Mind at the Peace Pagoda in Massachusetts 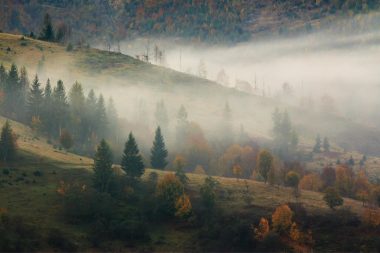