If you’ve ever dreamed of spending the most magical holiday season in a picture-perfect snowy town, you may have pictured a place like Pine Tree, Vermont. From stories of families baking cookies to ice skating on sparkling lakes, this little town from the holiday classic “White Christmas” movie seems idyllic.

Having a hard time finding it on a map? So did we. So one must wonder: Is Pine Tree, Vermont, even real?

Let’s dive into the mysterious history surrounding the “White Christmas” gem that is Pine Tree, Vermont!

What Significance Does Pine Tree, Vermont, Have?

The picturesque town of Pine Tree, Vermont, holds a special significance for many of us. Home to the iconic Columbia Inn ski lodge featured in “White Christmas,” its captivating charm makes it the perfect Christmas getaway.

Gentle snow-covered hills invoke feelings of nostalgia and magical possibilities. That makes it a place where dreams and heart-warming memories bring us closer together each season.

When Was the Film “White Christmas” Filmed?

Despite being the setting for one of the most beloved Christmas movies ever, it turns out that Pine Tree, Vermont isn’t a real place.

While some tourist spots across America have a certain charm due to their portrayals in classic holiday tales, asking someone to take a road trip to Pine Tree will only bring disappointment.

Fear not, however! You can always experience that old-fashioned charm in many other quaint little towns across New England. Nothing says the holidays quite like driving through an old-fashioned village filled with twinkling lights and cheery decorations.

What Is the Premise of the Movie White Christmas?

“White Christmas” follows the story of two WWII vets turned entertainers, Bob and Phil, traveling to Pine Tree, Vermont, with their partners, Betty and Judy. Instead of the white Christmas they were expecting, they find a dull and dreary winter resort.

But then, by working together with the townspeople to put on an extravagant stage show for General Waverly (the former commander of Bob and Phil in WWI), it would be a white Christmas after all!

Along the way, there are lots of great musical numbers to sing along to, romantic entanglements, comedic antics, and heartfelt moments. That’s why “White Christmas” is such a beloved film.

Who Starred in White Christmas?

“White Christmas” had a star-studded cast that made it shine. Bing Crosby was at the helm, playing Bob Wallace, a retired Army major and top tenor. Crosby was a singer and actor of unparalleled fame who greatly impacted the entertainment industry.

His iconic roles in films such as “Going My Way” and “White Christmas” and his warm crooning captured hearts across the world. He had a permanent place in pop culture for decades.

Danny Kaye, who played Phil Davis, an aspiring Broadway producer, was a beloved American entertainer with a singing, comedic, and acting career that spanned decades. He won multiple awards throughout his career, including an Oscar nomination for “The Inspector General.” He also used his artistry to further the work of the United Nations Children’s Fund (UNICEF).

The female leads were two big stars of the time: Rosemary Clooney as Betty Haynes and Vera-Ellen as Judy Haynes.

Clooney was an iconic singer and actress who started her career in the 1940s. Many remember her for her clear, captivating voice, singing on many records, in films, and in radio broadcasts. Many of her singles were popular hits during the 1950s, including “Come On-a My House,” “Hey There,” and “Tenderly.”

Vera-Ellen was a famous American actress and dancer. During the 1940s and 1950s, she starred in multiple movie musicals and quickly became known for her beautiful voice and graceful dance moves. Ellen’s early claim to fame was in the 1945 film “Broadway Rhythm.” Her strong singing abilities and unique dancing style made her a star.

Where Were the Scenes from White Christmas Filmed?

We know “White Christmas” takes place in a picturesque Vermont inn. However, many viewers may be surprised to learn that none of the scenes were actually filmed in Vermont.

The musical numbers were all filmed inside sound stages at Paramount Studios in California, while exteriors depicting the scenery were in nearby mountain towns with stunning alpine views.

Traveler’s Tip: Enjoy some holiday magic on The Tallest Mountain in Vermont.

What Are Some Real Christmas Towns in Vermont?

Pine Tree, Vermont, may not be a real place. However, there are several real towns in Vermont that make wonderful Christmastime destinations.

Woodstock is a charming town that makes an excellent destination for Christmas celebrations. Situated in the northern part of the state, many know it for its picturesque views of gently rolling hills and plenty of snowfall each winter.

The charming streets have classic New England architecture, complete with quaint shops, restaurants, and art galleries. Each year, Woodstock hosts its Wassail Weekend, a medieval-style festival that includes a parade and a Wassail feast.

Burlington is an excellent destination for Christmas celebrations. Located in the northwestern part of the state, this city is known for its vibrant and diverse culture, beautiful waterfront views, and vibrant nightlife.

During the holiday season, Church Street Marketplace transforms into a winter wonderland that will delight all visitors. The area has lights, music, decorations, and holiday cheer. The annual tree lighting ceremony takes place on Christmas Eve in City Hall Park.

Grafton is a small town in Windham County that makes an ideal Christmas destination. This picturesque town has been beautifully preserved since its founding over 200 ago and has classic New England charm.

At Christmastime, Grafton transforms into a winter wonderland with sparkling lights, festive decorations, and carolers filling the streets. Each year, Grafton also hosts a traditional Christmas tree lighting ceremony that will bring joy and delight to all who attend.

Weston is a beautiful town in the heart of the Green Mountains, providing an ideal destination for Christmas celebrations. Known for its picturesque views and classic small-town charm, Weston is sure to put visitors in the holiday spirit.

At the center of town lies the historic Vermont Country Store, which was established in 1946 and provides a unique shopping experience for visitors. Weston also hosts an annual Christmas Festival, which includes caroling, horse-drawn wagon rides, and holiday crafts.

Is Vermont Worth Visiting at Christmas?

While the town of Pine Tree, Vermont, in the movie “White Christmas” is not a real place, there are plenty of beautiful towns throughout Vermont that make it worth visiting during Christmastime – or any time of year.

If you’re looking for a nostalgic, idyllic Christmas experience, look no further than Vermont. With its charming small towns and natural beauty, Vermont has everything you need to relax and enjoy quality time with family and friends.

So what are you waiting for? Start up the sleigh and start jangling those ring, ding, jingle bells! 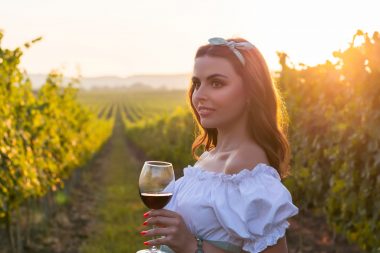 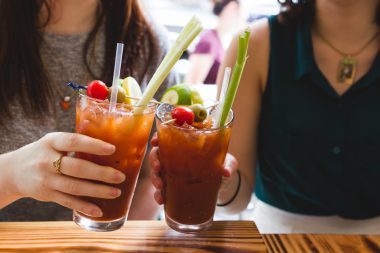 Are Bloody Marys a Wisconsin Thing?