Home West Idaho Paris, Idaho, Doesn’t Have an Eiffel Tower, But You Should Still Visit

Paris, Idaho, Doesn’t Have an Eiffel Tower, But You Should Still Visit

You have to use some imagination to compare Paris, Idaho, to its famous French counterpart. Mostly it’s in name only, and even that’s questionable. You may not find world-class wines and cheeses here, but it does have some dazzling architecture. Paris also has a history unique to the American West.

Rather than jetting off to Europe, you can find this particular city by heading toward the north shore of a charming lake. This mountain valley getaway has quietly made a name for itself since the late 19th Century.

Are you ready to explore Paris, Idaho, with us?

Unlike France’s capital city, with over two million people, Paris, Idaho, has a tiny population of just 533. That makes it hard to just slip into town — the locals will know you’re a visitor.

This little Paris is in the southeastern corner of Idaho, nearly to Wyoming and Utah. It sits in a high-elevation valley in the Rocky Mountains, just north of Bear Lake.

Pioneers from The Church of Jesus Christ of Latter-day Saints founded the community in 1883. You’ll find a gorgeous tabernacle on the town square where the church members gathered and worshipped. It’s one of the most popular stops in town for visitors. This article will also recommend some of the top outdoor attractions and activities that await you in Paris, Idaho.

Traveler’s Tip: Would you be too scared to visit these abandoned places in Idaho?

Does Paris, Idaho, Have an Eiffel Tower?

Of course, one of the most iconic and enduring images of Paris, France, is the Eiffel Tower. The wrought-iron structure, standing 1,083 feet, has graced the Parisian skyline since 1889. That’s just six years after the Latter-day Saints established Paris, Idaho.

You can visit numerous Eiffel Tower replicas around the world, most of them much smaller than the original. Paris, Texas, for instance, has its own tribute tower at about a tenth the height and sporting a cowboy hat.

Paris, Tenn., and the Paris Hotel & Casino in Las Vegas also feature a small-scale tower. The Las Vegas one is a half-scale model that looms over the legendary Strip.

Paris, Idaho, does not have an Eiffel Tower replica, mainly because the town’s namesake may not be as obvious as you may assume.

What Is Paris, Idaho, Named After?

The most famous Paris in France gets its name from the area’s early inhabitants, the Parisii. They were what ethnologists call a subgroup of the Gallic race. Many people assume that Paris, Idaho, is named in honor of the French city.

Perhaps, the theory goes, some of those who colonized the area were immigrants from France who wanted to pay tribute. In reality, it was named for one of the settlers, Fred T. Perris, who became an accomplished engineer and surveyor.  The town was originally Perris, Idaho, but the spelling later changed.

Why Should You Visit Paris, Idaho?

To learn more about the founding of Paris, Idaho, you can visit the history museum downtown. You can also enjoy a host of outdoor adventures in the Rocky Mountains. Here are some of our favorites.

You’ll find this scenic canyon just five miles outside of Paris as part of the Caribou-Targhee National Forest. It’s a popular destination for hiking, mountain biking, and ATV riding.

Many also enjoy snowmobiling in colder months. A Forest Service campground offers primitive camping and cabins at an elevation of around 6,000 feet along Paris Creek.

Getting on the back of a horse is a terrific way to get a feel for southeastern Idaho’s undulating terrain.  You may also imagine the founders’ perspectives as they first took in these spectacular surrounding landscapes.

A variety of outfitters in the Bear Lake area specialize in guided trail rides through these stunning wilderness areas.

Visit this natural feature northwest of Paris Canyon, named after another pioneer family. Somewhat akin to the Perris/Paris debate, you may also run across alternate spellings, including Slight Canyon and Sleights Canyon.

This gorgeous area is a popular hiking spot and home to the historic Sleight Canyon Mines.

Many bird watchers find haven at this 18,000-acre wildlife refuge in Bear Lake Valley. The refuge, established in 1968, is one of the region’s most vital areas for waterfowl and other migratory birds.

You can view sandhill cranes, hawks, eagles, and hundreds more species depending on the season. The rocky, rugged slopes of Merkley Mountain, rising to around 6,800 feet, provide a magnificent backdrop to the lake and marshlands.

Where to Stay in Paris, Idaho

If you want to enjoy a leisurely stopover in Paris, we have two options for you. Both are convenient to town and just a short drive from Bear Lake.

About: Enjoy the country comforts of a charming farmhouse on an acre lot. You may feel right at home at this Victorian-style farmhouse inside the Paris town limits. Guests may love the big yard with a swing set and fire pit and the space to play outdoor games.

The whole family can spread out inside the two-story home. It has four bedrooms, three and a half baths, a fully stocked kitchen, and a washer and dryer. You may want to spend some quality time on the front porch, as well. And you have parking space for up to four vehicles.

About: If you already have your home on wheels, here’s a winning spot to park it for a bit. This small RV park has full hookups and gravel pads. And you’ll have a 15-minute drive from the lake’s north shore.

It’s also close to other attractions like Bloomington Lake and the Paris Ice Caves. ATVers and motorcyclists enjoy riding in the canyon, and you can also enjoy kayaking and paddle boating nearby.

Are You Ready to Visit Paris, Idaho?

There’s only one Paris, France, of course, but its name has spread worldwide. You’ll find 48 places named Paris in 17 countries.

In the United States, Paris, Idaho, is one of 22 communities that share the prestigious name. Some of them are sizable cities, while others are tiny hamlets. All of them, to some degree, live in the shadow of their grander French sibling.

Paris, Idaho, originally carried the name of one of its founders, a man named Perris. But by any name, we’d call this little Western town an out-of-the-way prize worth discovering.

Though remote and somewhat rustic, it has charms that make it a memorable mountain getaway. Would you like to visit Paris, Idaho? 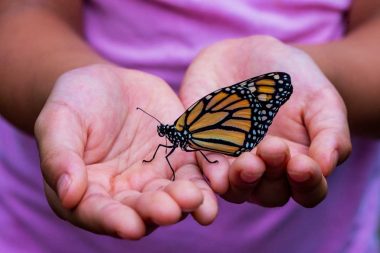 These Gardens in Montana Must Be Seen 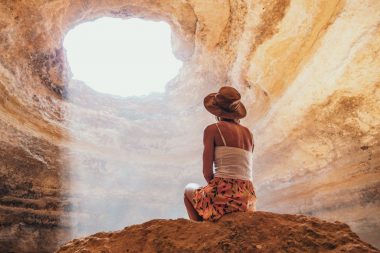 You Must Visit These Caves in Montana