Do you ever long for the days of old? The days when kids could ride their bikes down the street and play outside until their parents turned the porch lights on?

What about those long sultry days of summer when teens gathered at the local swimming hole? They swing out over the water on a rope, only to drop into the cold depths for the perfect cool down.

Well, one destination in the mountains can bring back the nostalgia of backstrokes in the pond. Paradise Cove, Colorado, replaces the rope swings with large rock formations. They double as jumping platforms, and the pond water is actually pure snow melt. This oasis has been hiding in the Rocky Mountains for eons. It’s now on the map as the perfect afternoon elixir for hot summer temperatures.

What Is Paradise Cove in Colorado?

An old-fashioned water hole that can rival any water park today is in the mountains of central Colorado. The basin is in the middle of rock formations.

This is where adventurous swimmers jump from heights ranging from 15 feet to 83 feet off the water. Fed by a mountain stream, the water is frigid and sometimes only 10 feet deep. So some divers risk their lives by jumping head first into its depths.

Where Is Paradise Cove in Colorado?

Located halfway between Guffey and the historic mining town of Cripple Creek, Paradise Cove, Colorado, is actually known as Guffey Gorge. A small watering hole collects at the base of rock outcrops. It’s the byproduct of a waterfall bringing snow melt into the pool. The surrounding land is densely forested, and mountains fold up to expose this once quiet oasis.

This hidden gem was a local secret for many years. That was until a prominent newspaper let the cat out of the bag. Now dozens show up every summer afternoon to sit around a bucolic mountain scene. Meanwhile, others put on a show jumping from the rocky ledges overshadowing the water.

Easy directions to the cove start from Colorado Springs, heading west on Highway 24 to the town of Florissant, where you will turn left onto Teller County Road 1. Travel 9 miles, turning right onto County Road 11, then drive another 4 miles to County Road 112. Turn right and travel 3 miles to the parking lot, marked by Bureau of Land Management (BLM) signage and dumpsters.

Traveler’s Tip: Here is everything you need to know before visiting the Chapel on the Rock in Colorado.

Why Is Paradise Cove, Colorado So Popular?

Although it has been there for centuries, it is only in the last 15 years that the Paradise Cove swimming hole has become popular. Locals used to venture to Guffey Gorge for a quiet soak or some raucous jumping.

However, the secret never left the valley until a local paper wrote about the backcountry pond. Now curious swimmers sneak into the tiny destination in large numbers, sometimes overwhelming the space.

Many newcomers have never been to a natural swimming hole, and the allure of Paradise Cove is just too much. These visitors have frequented city water parks for their summer entertainment. So, the idea of a place to gather off the grid and amid nature is tantalizing.

Can You Swim in Paradise Cove, Colorado?

Yes, anyone who pays the recreational site fee and wants to swim in the cove can do so. However, to get on BLM land, they must follow the rules. That includes visiting the location during the hours from dawn to dusk and keeping your loud music to yourself (via headphones).

And because this managed land is public, everyone must practice “Leave No Trace,” cleaning up after themselves and their pets.

Is It Safe to Cliff Jump at Paradise Cove?

Swimmers are welcome at Paradise Cove, Colorado, as long as they realize they are assuming risks for their jumps into the water. Too many have been injured by failing to check the water depth before diving, flipping, or jumping in from a high vantage point.

Remember, this rural swimming hole doesn’t have a lifeguard to rescue you. The last injured swimmer here had to be flight-for-life’d out.

Are Dogs Allowed at Paradise Cove?

Dogs are only allowed to the area on a six-foot leash. The trail is 1 mile long, and the terrain is not too difficult. There are some elevation changes along the way, though. Be sure to bring water for your pet and yourself on the hike and a trash bag to fill on the trip back to your car.

Right now, the hike to Paradise Cove requires payment of a $6 recreation site fee. This charge is payable at the trailhead for Guffey Gorge, and exact change is necessary.

Along with the fee, there are a few rules you must follow. That includes no alcohol in the cove, no loud music (headphones are permissible), and acknowledging you will be jumping at your own risk. That’s because water levels can change drastically, and serious injuries are recorded yearly at Paradise Cove.

Is Paradise Cove Colorado Worth Visiting?

If you can get to Paradise Cove, Colorado, on a weekday and preferably before noon, you have a great chance of enjoying the water in relative seclusion. But, after the cove’s discovery, all bets are off on summer afternoons and just about every weekend.

However, if you like crowds of teenagers cheering each other on and having a great time in the water, Guffey Gorge’s vibe may be perfect! 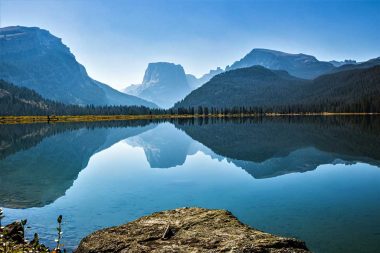 What Is Green River, Wyoming, Famous For? 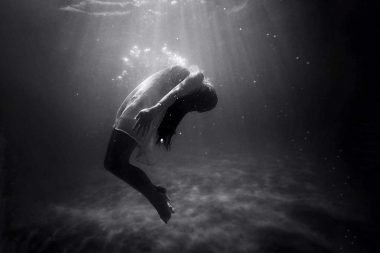 The Legend Behind the ‘Crazy Woman’ in Wyoming