It has decades of stories of strange happenings and sightings within its property. In this article, we examine the hospital’s history and attempt to understand what makes this particular location so enticing.

Where Is Norwich State Hospital?

You can find Norwich State Hospital in Norwich, Conn. The psychiatric hospital, located on an expansive 70-acre property, became a historic district and registered on the National Register of Historic Places in 1988. The property sits on land adjacent to the Thames River.

History of the Norwich State Hospital

The hospital first opened its doors in 1904. At the time, it housed 95 patients who lived within one building. However, as the number of patients began to grow, the state built more housing and facilities until over 20 buildings scattered the property in 1930.

The hospital catered to patients with various ailments; many were geriatric patients who could no longer live independently. As the practice grew, many chemically dependent patients were also admitted to the facility.

The hospital continued to house and treat people throughout the 20th century until 1996 when its doors closed for good.

Do Spirits Haunt the Abandoned Hospital?

As with many abandoned psychiatric hospitals within the United States, there is a lot of lore surrounding the spirits that supposedly roam the halls of Norwich State Hospital. There is very little concrete evidence to support these claims.

However, accounts from nurses and security who once worked at the hospital suggest that you can hear disembodied voices throughout the corridors of the buildings. Visitors have reported doors slamming by themselves, the sounds of children playing, and objects moving on their own.

Traveler’s Tip: Are you brave enough to visit these 5 Creepy Abandoned Places in Connecticut?

Due to its reputation as a haunted location due to the hospital’s purpose, many ghost hunters and paranormal fans have attempted to explore the grounds. In January 2010, the TV show “Life After People” visited the hospital. Syfy’s series “Ghost Hunters” also filmed an episode there released in May of 2010.

Can You Visit Norwich State Hospital?

Unfortunately, Norwich State Hospital is permanently closed to visitors. New owners have destroyed many buildings, and others have greatly fallen into disrepair.

Ghost hunters and paranormal investigators have attempted to enter the grounds through a series of underground tunnels once used to transport patients across the property. However, many of these tunnels have also been demolished.

Though you can’t visit Norwich State Hospital, you can see several other attractions around the hospital. Nearby Preston, Conn., is home to the popular Preston Ridge Vineyard, a family-run vineyard established in 2008.

What Is Inside the Abandoned Hospital Now?

The buildings on the hospital grounds are in the process of being demolished. In 2016 the Mohegan Tribe purchased the land from the state of Connecticut and planned on demolishing the remaining buildings. They want to build a shopping and entertainment center and several housing units.

A few structures of the original hospital still stand but not for long. After a two-year delay, clean-up has recently resumed on the property. For the time being, you can see the remaining original structures from the Mohegan Sun Casino parking lot.

Traveler’s Tip: You can always skip Connecticut’s scary spots and explore these stunning 10 Waterfalls in Connecticut instead.

Are There Other Abandoned and Haunted Hospitals in Connecticut?

As with Norwich, each hospital closed its doors in the late 20th century. These locations are now the state’s property, so trespassing is strictly prohibited.

Still, if exploring abandoned places is high on your Connecticut bucket list, you can tour a few of them. These spots include the abandoned amusement park Holy Land USA, the soon-to-be deserted Enfield Square Mall, and the run-down and mysterious Hearthstone Castle.

Do You Dare to Visit Norwich State Hospital in Connecticut?

The stories and speculation about the haunted nature of Norwich State Hospital may entice you, but don’t attempt to visit this or any other abandoned facility. Trespassing on state property is highly dangerous and can incur hefty fees and fines for breaking the “no trespassing” law.

If ghost hunting is your thing, several haunted locations across the United States allow visitors to explore the facilities for themselves. But for now, Norwich State Hospital’s secrets will remain a mystery. 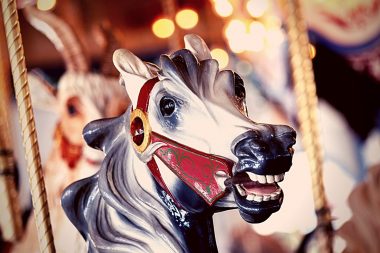 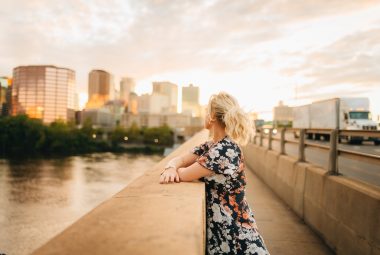