Home West Alaska What’s Up With the Disappearances in Nome, Alaska?

What’s Up With the Disappearances in Nome, Alaska?

Nome is a remote town on the west coast of Alaska. You may have heard of it. You may have seen a movie about the strange disappearances in Nome, Alaska, too!

Nome is a small town with a big reputation. Twenty-four people went missing from 1960 to 2004. When you consider that the population of the city is around 4,000 people, 24 is sizable.

The disappearances in Nome have gained the attention of Hollywood, but the FBI has also tried solving the mystery in Nome. Why not jump aboard the investigation? Let’s find out more!

Where Is Nome, Alaska?

Nome is on the southern shore of the Seward Peninsula in Alaska. It sits on Alaska’s west coast next to Norton Sound in the Bering Sea. Nome is a significant place for Alaskans. Though it is somewhat small, it is the biggest city in the area. It serves as a harbor, has two airports, two radio stations, and a satellite university.

What Is Nome, Alaska, Famous for?

There are a few things about Nome which are pretty notable. First, there are no roads that lead into Nome. A few roads lead out of Nome, but they all eventually dead-end in the wilderness. If you want to get to Nome, you have to go by air or sea.

Nome also has one of the harshest environments in the nation. Tundra surrounds the town, and it sits on the shores of the Bering Sea. The storms from the water are incredible, and the freezing temperatures in the region can be deadly. Temperatures in the winter can get lower than -55 degrees Fahrenheit.

The more mainstream claims to fame are that Nome is home to the world’s largest gold pan and it’s the finish line for the world’s most famous dog sled race, the Iditarod.

Traveler’s Tip: Keep an eye out for the terrifying Kushtaka while in Alaska.

Who Went Missing in Nome, Alaska?

Nome’s population is mainly Native Americans, the Inupiat being the dominant tribe. In the early 2000s, a Nome police officer murdered a 19 year old girl named Sonja Ivanoff, and that story is what brought more media attention to the town’s many disappearances.

When the story broke, many other survivors of disappearances began to speak up. The FBI investigated, but they claimed that most of the disappearances were a result of bad human judgment calls.

Why Are There So Many Nome, Alaska, Disappearances?

Many also know Nome for its thriving nightlife. Some bars are open as late as five in the morning. Drinking and driving home over a frozen body of water is super dangerous. Excessive drinking and partying, then navigating home in the harsh environment of Nome, is likely the most feasible explanation for the 24 disappearances. The disappearances were also over a period of more than 40 years. When you look at everything in perspective, the situation doesn’t seem as cryptic.

Nome may not be the safest place in the world. There is a high crime rate, and the weather is a hazardous force. If you can handle the harsh climate, the six months of dusk, and the extreme isolation, Nome might be the place to live. However, it’s not a place for everyone. You have to prepare and understand how to keep yourself safe in Nome.

How Many People Go Missing in the Alaska Wilderness Every Year?

Most of Alaska is a vast wilderness. The land is mostly uninhabited, and the weather is tumultuous. Since the beginning of modern record keeping, more than 60,000 people have gone missing in Alaska. On average, the state reports nearly 3,000 people missing per year. That is twice the national average. However, the state is the largest in the country.

Traveler’s Tip: Have you heard the chilling stories behind Portlock, Alaska?

Are the Nome Alaska Disappearances Unusual?

Depending on your perspective, the Nome, Alaska, disappearances could be pretty unusual. To others, the disappearances can seem like the status quo. There is one thing that remains true. It’s a situation worth watching in the future.

The disappearances may not seem out of the norm, but an increasing average in the area could be a sign of a need for change in regulations, social standards, and other factors of the community.

Would you brave a visit to Nome, Alaska? Tell us your thoughts in the comments! 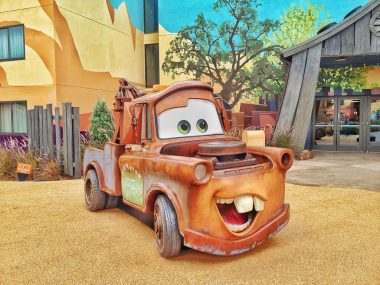 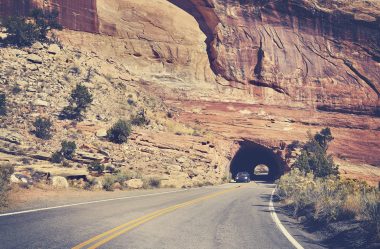