10 Foods You Have to Eat When Visiting New Mexico

For many travelers, part of the enjoyment of visiting new places is trying the local cuisine. In the Southwest, travelers enter a world unlike any other in the United States. The local food scene in New Mexico is second to none. New Mexican foods have their roots in Native American, Spanish, and Mexican traditions, and some dishes capture the essence of them all. Let’s look at ten foods you must eat when visiting the Land of Enchantment. Let’s dive in!

What Kind of Food Is New Mexico Known for?

Due to its proximity to Mexico and its cultural history, it’s no surprise that Mexican-style food is popular in New Mexico. Native American tribes have also influenced New Mexico cuisine. Even with white settlers and exploration, New Mexico has maintained its indigenous, Spanish, Mexican, and Latin identities. You won’t find the same foods anywhere else in the United States.

You can’t drive through New Mexico without trying a few popular dishes. Even if you’re traveling historic Route 66, bypass some of the diners serving hamburgers and milkshakes and try some authentic New Mexican food.

Traveler’s Tip: Find out if you can still Get Your Kicks on Route 66.

What It Is: Breakfast burritos are white-flour tortillas filled with meat, refried pinto beans, or a combination of both. To make it a “breakfast” burrito, chefs include scrambled eggs, potatoes, red or green chile, cheese, and sometimes bacon in the dish.

Where to Get It: Frontier Restaurant in Albuquerque

What It Is: Similar to caldillo, a red or green chile stew, this green chile stew includes coarsely-chopped green chile, ground or cubed beef or pork, potato, diced tomato, onion, garlic, and chicken or beef stock. “Caldo” is Spanish for “soup.”

Where to Get It: Tomasita’s in Albuquerque

What It Is: Chile rellenos is another dish you serve with green chiles. In this New Mexican entrée, you stuff whole green chiles with cheese, dip them in egg batter, and fry them. Sometimes you stuff chile rellenos with minced meat.

Where to Get It: Gabriel’s in Santa Fe

What It Is: Although it originated in Texas, many serve Frito pie in New Mexico with New Mexican red chiles. The casserole has a red chile sauce, sometimes with meat, pinto beans, or a combination of both. It comes on a bed of corn chips, topped with cheese.

Where to Get It: La Cueva Cafe in Taos

What It Is: Although there are many variations of Mexican enchiladas, this dish usually comes with corn tortillas with chicken or other meat and cheese, and most cover it with chile sauce. You can roll or stack them.

Where to Get It: Viola’s Restaurant in Los Alamos

What It Is: You marinate strips or cubes of pork overnight in New Mexico red chili powder or minced red chili peppers, garlic, oregano, cumin, lime/lemon juice, or vinegar, and salt. You would slow-cook the meat and usually serve it with a tortilla, beans, and rice.

Where to Get It: Monroe’s in Albuquerque

What It Is: Similar to regular pancakes, blue corn pancakes are blue corn masa, corn dough. You can serve the pancakes with cinnamon or Piñon butter on top.

Where to Get It: Plaza Cafe in Santa Fe

What It Is: A labor-intensive dish, chicos is dried corn. However, the process of harvesting and dehydrating the kernels is time-consuming. You usually serve them with beans or in a stew. They are more often available at farmer’s markets than in restaurants.

Where to Get It: Casados Farms in Santa Fe

What It Is: With a flavor similar to Indian frybread, New Mexican sopaipillas are puffed bread pieces. Many restaurants serve sopaipillas as standard table bread. It often comes with a side of honey butter.

Where to Get It: Padilla’s Mexican Kitchen in Albuquerque

What It Is: Prevalent at Christmastime, posole is a thick stew with hominy and pork or chicken, which you combine with red or green chile. Native New Mexicans commonly use pork rinds and pig’s feet. Other ingredients like onion, garlic, and oregano are part of the recipe.

Where to Get It: Posa’s Restaurant in Santa Fe

Does New Mexico Have a Good Food Scene?

If you’re looking for delicious cuisine, New Mexico has it all. From native dishes to Tex-Mex-inspired menu items, the Land of Enchantment is more than just a place of beautiful scenery. If you’re a foodie or a traveler who loves to indulge in local flavors, plan a road trip through New Mexico and stop at a few of these restaurants.

Traveler’s Tip: Foodies will love these 8 Foods You Have to Eat When Visiting the Southeast.

Should You Try New Mexican Food?

Don’t simply pass through New Mexico. If you’re planning a trip to Albuquerque or Santa Fe on Interstate 40 or heading south to Las Cruces near the Texas border, plan to stop for a few meals and savor the delicious local cuisine. Whether you’re looking for a sweet treat like a sopaipilla or a morning meal like a breakfast burrito, you won’t be disappointed with the New Mexican food options.

Which of these New Mexican foods do you want to eat first? Tell us in the comments. 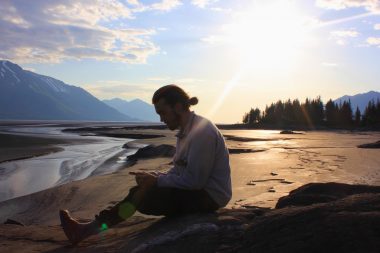 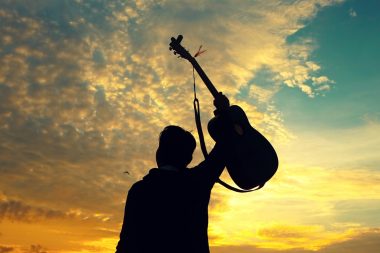