Hidden Gems to Visit in These 5 New Jersey State Parks

Visiting state parks is an excellent way to get to know a new state or rediscover a familiar one. New Jersey is certainly not lacking in unique recreation areas. Whether you prefer more urban state parks with stunning views or sprawling nature areas, New Jersey has it. We’re taking a peek at what NJ state parks offer and when you should make them a part of your travel plans.

How Many State Parks Are There in NJ?

What Is the Most Famous Park in NJ?

Liberty State Park is the most famous state park in New Jersey. This 1200-acre park is in Jersey City, New Jersey. People know the park for its incredible views of New York City, Liberty Island, and Ellis Island.

There is plenty of room to roam, including several picnic areas to slow down for a bite. Visitors can enjoy bike rides, a playground, and the Liberty Science Center.

The park is only 2,000 feet from the Statue of Liberty, and the area served as a significant industrial area for the state during the 19th and early 20th centuries. The park opened on June 14, 1976, as a bicentennial gift to the country. Approximately 300 of the nearly 1200 acres are for public recreational opportunities.

What Is the Largest State Park in NJ?

New Jersey State Parks combine for over 450,000 acres of land. About 122,880 acres are in Wharton State Forest. However, if you want to know the largest unit with the title “state park,” it would be Wawayanda State Park at 35,524 acres.

The park offers 60+ miles of trails, including a 20-mile section of the Appalachian Trail. Whether you want to hike to the top of the 1,300-foot Wawayanda Mountain or dip in the glacially formed, spring-fed Wawayanda Lake, this is one of the NJ state parks you won’t want to miss.

Traveler’s Tip: Are you brave enough to Explore the Spooky Fort Hancock in NJ.

Hidden Gems to Visit in These 5 New Jersey State Parks

With so many excellent state parks to visit, you can’t go wrong no matter which you choose. Sometimes, seeing a great state park isn’t enough. To kick it up a notch, you’ll want to check out these hidden gems in some of these fantastic New Jersey State Parks. Let’s take a look!

About: If history excites you, you’ll want to see Historic Manors while visiting Ringwood State Park. While the current manor house originated in 1807, in the 1740s, it was the location of an ironworks and was home to many significant ironmasters. The owners donated Ringwood Manor to the State of New Jersey in 1938, including its contents and 582 acres of property.

Hidden Gems: Guests of all ages can participate in an hour and 15-minute tour and look at what life would have been like during the mid-1800s and turn of the 20th century. The house has 51 rooms containing artifacts, sculptures, and various styles that characterize the Victorian period.

About: Allaire State Park allows guests to travel back in time and experience life during the 19th century. The original buildings of this iron-making town include a general store, blacksmith shop, carpenter’s shop, manager’s house, foreman’s house, and church. You’ll find miles of unmarked trails in approximately 800 acres of the “South Side” of the park.

The museum is only open on weekends, and guests can purchase tickets to ride on one of the trains. However, the train rides run every 30 minutes between 11:00 am and 3:30 pm.

Long before it became a state forest, it was bustling with activity. The area played a crucial role in the iron industry, and the streams and rivers were rich in natural resources.

Joseph Wharton purchased the site in 1876 and improved the mansion and many of the buildings in the village. The state took ownership in the mid-1950s, and guests can tour the mansion and walk through the visitor center to get a taste of life in Batsto Village.

4. Trails Along the Water in Washington Crossing State Park

About: Washington Crossing State Park is where General George Washington crossed the Delaware River on Christmas night in 1776. As a result of the roughly 10 hours of boats and ferries constantly working to move men, horses, and cannons from one side to the other, the American Army was about to surround their enemy and provide a significant victory in American history.

Hidden Gems: There are 13 miles of trails for hiking and jogging. In addition, there are options for horseback riding, mountain biking, and snowshoeing. While all the trails are easy, they range from two to 16.3 miles.

If you’re looking for a stroll with your family, the Green Dot Trail or the Yellow Dot Trail are the best options. However, you won’t be disappointed, as many trails offer stunning views of the rolling forests and have minimal elevation gains.

Hidden Gems: The 220-foot high structure overlooking the Pocono and Catskill Mountains originated in 1928 and finished in 1930. The monument sits at 1,803 feet above sea level, the highest point in New Jersey.

Take time to climb to the top of the tower. Here, you can enjoy a panoramic view of New Jersey, New York, and Pennsylvania.

Traveler’s Tip: While in New Jersey take some time to Hike the Actual Stairway to Heaven.

Are NJ State Parks Worth Visiting?

Because the hustle and bustle often bring people to New Jersey, it is easy to overlook the state’s parks. However, you’re doing yourself a disservice if you don’t visit these places!

Even if you only have a day to escape the city and explore some of the best parks in NJ, it will likely be worth your time. You won’t have to go very far to stretch your legs and breathe in some fresh air.

Have you had a chance to explore any of the state parks found in New Jersey? 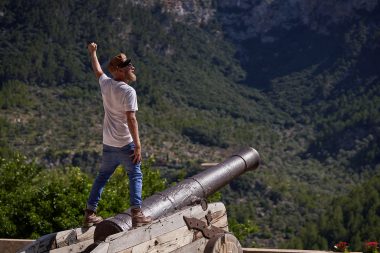 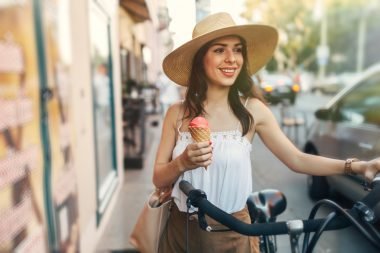 C and C Creamery: An Oldschool Treat in PA You Won't Want to Miss