Nevada has many ghost towns. Most have earned this status because they were once booming mining or gold rush towns. When interstates formed, railroads diverted, or industries left town, these once-bustling communities were left empty.

Some are still abandoned, while others may have a couple of hundred people who call them home. Some have buildings on the National Register of Historic Places, while others are just rubble.

Let’s explore a few Nevada ghost towns, learn about their histories, and if they’re worth visiting today.

How Many Ghost Towns Are in Nevada?

According to Travel Nevada’s website, “Nevada is home to more than 600 ghost towns. As crazy as it sounds, that’s more ghost towns than actual populated ones, making Nevada an unbeatable destination for a solid, off-grid adventure with a hefty side of history.”

If you’re looking for a varied experience, the Silver State has it. From the lights of Las Vegas to the beauty of Lake Tahoe to the haunted ghost towns, you can have it all.

Traveler’s Tip: Goldfield, Nevada, is a living ghost town with documented paranormal activity. Would you visit?

Are There Any Ghost Towns Near Las Vegas, NV?

You can find numerous ghost towns near Las Vegas. So if you want a bit of fear to go along with your casino visit, you’re in luck. Perhaps you’ll experience spirits of murdered souls wandering the dirt roads, voices of weary miners shouting in the night, and cries of tortured victims filling the air.

Goodsprings is one of the Nevada ghost towns near Las Vegas. It’s about a 35-minute drive south along Interstate 15. You’ll find the Pioneer Saloon, considered the oldest existing one in Nevada. Some rumors claim that a ghost frequently visits.

St. Thomas lies about an hour and a half from the Strip. The only remains are a few partial foundations of structures that made up the town. As you walk around the desolation, a different kind of eeriness fills the air.

Who Owns a Ghost Town?

Most of the time, a ghost town exists because the surrounding economic activity has disappeared. Sometimes a natural disaster, like a flood or drought, or a human-caused disaster like a fire or government action causes the decline.

Once a town becomes a ghost town, people or organizations might purchase it. For example, a young entrepreneur named Brent Underwood bought the California ghost town of Cerro Gordo in 2018.

Two men own another ghost town near Las Vegas with a population of eight. This article on Money Tips explains how you purchase hundreds of acreages in a ghost town for a fraction of the median house price.

These Nevada ghost towns intrigue travelers because of their history, the remnants of what’s left, and the occasional paranormal activity.

A couple of them still have residents, while most of them are completely deserted. If you do visit, obey any no trespassing signs and adhere to the Leave No Trace principle to protect these towns for future visitors.

Located in Humboldt County just outside the Humboldt-Toiyabe National Forest is Paradise Valley. Legend explains that a prospector cried, “What a paradise!” upon seeing the area and the beautiful Santa Rosa Mountain Range. About 100 people still live in this Nevada ghost town.

In fact, Paradise Valley School still serves children from kindergarten through eighth grade. You’ll see plenty of the original buildings still standing, although most are boarded up. One business still operates in the town, the Paradise Valley Saloon & Bar.

In Eldorado Canyon, in Clark County off Highway 165, you’ll find a former gold mine called Techatticup. It was once the largest and most productive mine in the Colorado Mining District. The El Dorado mine lies across Highway 165 in the ghost town of Nelson, Nevada, directly next to Techatticup.

Nelson is full of old tales of murder at the mines. Some reported deserters from the Civil War who came seeking refuge. A flash flood nearly destroyed the town in 1974.

After years of neglect, the Werly family purchased the land, restored the buildings, and excavated the tunnels in Techatticup. Now they offer guided tours where guests can explore the mine and see much of the old equipment.

Located about three and a half hours northwest of Las Vegas in Esmeralda County sits the Nevada ghost town of Blair. From Highway 95, Silverpeak Road takes you about 27 miles west to the abandoned town.

Blair, once a mining boom-town, had a post office from 1906 to 1915 before everyone deserted the area by 1920. A few stone buildings and the foundation of the old mill remain. Some find it creepy to walk around this isolated and forgotten area.

Like Paradise Valley, Austin still has a few residents and is considered a “living ghost town.” In 2020, about 160 people called Austin “home.” It sits on the western slopes of the Toiyabe Range in the center of Nevada. Austin, at one time, had a population of 10,000. When the silver boom ended, the town was nearly deserted.

Today, residents have found a new mineral worth mining: turquoise. You can visit some local shops to find jewelry with the gemstone.

If you visit, you’ll see several older buildings, including three churches and a few places listed on the National Register of Historic Places like the old city hall and the former Lander County Courthouse. Today, Austin is the headquarters of the Yomba Shoshone Tribe.

The U.S. Army built this fort in 1861 to protect Williams Station and the Pony Express mail route from Indian attacks. The Union Army used it during the Civil War, but after the war ended, it became deserted.

In 1957, the fort became part of Nevada’s state park system after a local Daughters of the American Revolution chapter and the National Park Service partially restored it. In 1961, Fort Churchill became a National Historic Landmark. It has a visitors center, a small campground, and hiking trails at the Fort Churchill State Historic Park.

Just north of Tonopah in Nye County sits the abandoned town of Belmont. In the 1860s, Belmont was another thriving mining town with stores, saloons, restaurants, a post office, a school, and more.

But its success didn’t last more than a couple of decades. Today, you can still see the original Nye County Courthouse, the Cosmopolitan Saloon, and the Monitor-Belmont Mill.

Current restoration projects include the old Combination Mine and Mill office and Belmont Courier Newspaper office. The historic district is listed on the National Register of Historic Places. If you visit, you can stop by three open businesses: Susie’s Attic, Sticks and Stones, and Dirty Dick’s Belmont Saloon.

The Shoshone word tybbabo or tai-vu means “white man’s district.” This is how the mining town of Tybo got its name after white settlers invaded the Shoshone land.

The short-lived success of Tybo produced $9.8 million in gold in less than a decade. You can see the original Wells Fargo office, a historic hoist house and headframe, miner cabin ruins, stamp mill foundations, and more.

The Tybo Charcoal Kilns have made it on the National Register of Historic Places. These two kilns were part of the 15 used to convert wood into charcoal for fuel for the smelting furnace. The Nevada Bureau of Land Management now protects Tybo Ghost Town.

Which Nevada Ghost Towns Will You Visit?

It’s quite unsettling to walk around a deserted town where saloons were once bustling businesses and schools once filled with children. There’s an eerie atmosphere surrounding emptiness. But it’s also a fun adventure to imagine what used to be.

Just picture a Union soldier hiding out by the stairs of the post office, hoping to avoid returning to war. Or imagine a bloody fistfight between miners and owners that might have left someone dead. The history here, although short-lived, is intriguing.

So the next time you travel through the Silver State, consider stopping at one of these Nevada ghost towns. Will you have an encounter with the restless spirit of a miner or a mail carrier who was attacked along the Pony Express? 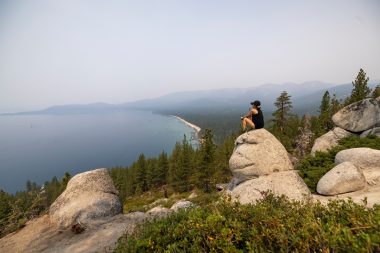 The Payoff Is Huge on This Hike to Monkey Rock, NV 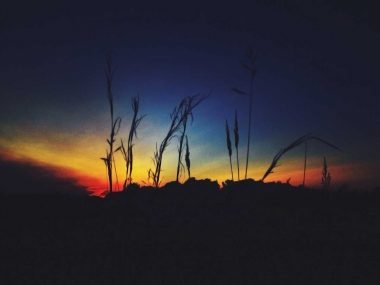 Should You Visit the Single National Park in Ohio?