Home South Mississippi 9 Remarkable Things to Do in Meridian, Mississippi

9 Remarkable Things to Do in Meridian, Mississippi

What’s there to do in Meridian, Mississippi? A better question might be, “What should I do first?” We’ve put together a list of remarkable things to do in this beautiful mid-sized city and narrowed it down to nine. Think of it as a starting point for making some memories on your next trip to Mississippi.

Near the Alabama line in east-central Mississippi, Meridian cropped up in 1831 after Choctaw Indians vacated their territories under a treaty. The arrival of the railroad in 1855 helped the area grow. At one time, it was the state’s largest city. The city’s population is now about 35,000.

Meridian is the county seat of Lauderdale County and sits just 92 miles east of Jackson, Mississippi’s capital. It’s located at the junction of two busy interstates, 59 and 20.

Meridian, whose nickname is “the Queen City,” has long been known for its amazing architecture – both residential and commercial. The once-bustling downtown area is experiencing a revival as forward-thinking residents restore it to its former glory.

What is Meridian, Mississippi, Famous For?

It’s the hometown of Jimmie Rodgers, known as the Father of country music. Meridian is also home to Peavey Electronics, a leader in sound equipment and musical instruments for almost half a century. Meridian also played an important role in the Civil Rights Movement of the 1960s.

9 Best Things to Do in Meridian, Mississippi

Our list of what to experience on your visit to Meridian, Mississippi, covers the highlights. The arts, especially music, take center stage while history and the outdoors play strong supporting roles.

Meridian has a handful of residents who’ve made names for themselves in the arts. This amazing facility, called the MAX, celebrates Mississippi’s art heritage. Notable artist residents include Elvis Presley, B.B. King, William Faulkner, Oprah Winfrey, and John Grisham.

The MAX opened in 2018 and instantly became a crown jewel for Meridian. It serves as Mississippi’s Arts Hall of Fame, but it’s much more than that. With its groundbreaking interactive exhibits, it celebrates the past in contemporary fashion. It may even inspire the next generation of artists.

Meridian has a rich music-making tradition. It continues today in clubs and restaurants throughout the city and at special events in the downtown area. Maybe you’ll catch a rising star. Meridian Underground Music sponsors live music events, and the Jimmie Rodgers Music Festival has showcased music since 1953.

Jimmie Rodgers is Meridian’s musical headliner. Today, the city has a museum and festival named for him. The Jimmie Rodgers Museum sits across from the MAX and features exhibits about Rodgers’ career. You’ll also find railroad equipment preserved from the steam-engine era.

4. Learn About History at the Mississippi Industrial Heritage Museum

Before electricity, steam was king. The Soule Steam Works is the only steam engine factory remaining in the country. Today, it serves as the Mississippi Industrial Heritage Museum to commemorate America’s Industrial Revolution. The museum contains much of the original equipment from the factory, including a line drive shaft with an antique motor. The museum also hosts special events such as Maker Faires.

5. Take the Kids to the Mississippi Children’s Museum

This branch of the Mississippi Children’s Museum opened this past March. Features include a Wonderbox that inspires children to create and a Storybook Factory to encourage children to make their own literature, music, and art. The museum uses fun, hands-on activities to promote learning.

6. Then Take Them to the Dentzel Carousel

This classic carousel was built in 1896 by Gustav Dentzel of Philadelphia. It came to Meridian 13 years later, in 1909. It now sits in Highland Park and is one of just a few of its kind that still operates.

Just a few miles east of town, Bonita Lakes Park will give you a feel for the area’s natural beauty. The park includes two lakes and a total of 3,300 acres, much of it sparse pine forest. It’s a great excuse to get out and stretch your legs. You can take a short walk along the lakeside or a longer hike on the seven-mile gravel trail.

Vicksburg had a more prominent role in the Civil War, but Meridian has a story to tell, too. Follow the Civil War Trail to learn more about this sad chapter of the city. In February 1864, Union Gen. William T. Sherman came to town with 20,000 soldiers to destroy this Confederate supply line link. The town was evacuated before the general destroyed it.

9. Stroll the Mississippi Walk of Fame

Step up to the entrance of the MAX and gaze down at the star-shaped plaques that pay tribute to Mississippi’s arts giants. There are stars for artists like Jimmy Buffett, Eudora Welty, Jim Henson, Leontyne Price, Marty Stuart, Sela Ward, Morgan Freeman, and Robert Johnson. It’s truly amazing to see how many Mississippians have left such an impression on the arts.

As you’re cruising the Southeast, the chances are good that you’ll cross paths with Meridian, Mississippi. Rather than continuing along the interstate, make time to discover this historical and artistic community. You won’t know what’s so special about it unless you stop, look, and listen. Have you ever visited before? 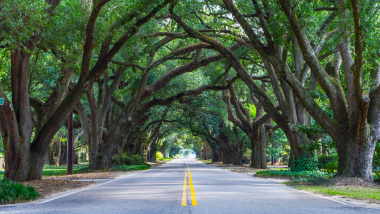 9 Things to Do in Aiken, South Carolina 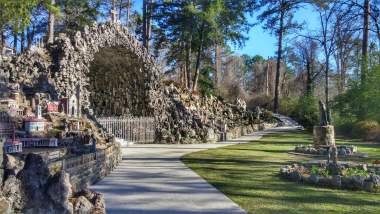