Few things are more frustrating and defeating than spending an entire day at the water and not seeing a single fish. However, there’s one unusual attraction in Pennsylvania where the fish are so thick that ducks can walk across them on top of the water.

You may not be able to fish here, but it’s quite a sight! So what’s the deal with Linesville Spillway? Should you add it to your travel itinerary? Let’s take a look.

What Is the Linesville Spillway?

The purpose was to regulate water flow into the Shenango and Beaver Rivers. A spillway helps control the release of excess water from a dam, which is exactly what the Linesville Spillway does.

However, it’s much more exciting than any ordinary one. It attracts more than 300,000 visitors every year, with practically no advertising. You’ll want to plan your visit during the spring, summer, or fall, as the fish tend to disappear during the cold Pennsylvania winters.

Where Is the Linesville Spillway?

The Linesville Spillway sits just east of the Pennsylvania-Ohio border in the northern portions of the state. It is in the 16,893-acre Pymatuning State Park.

You’ll need to hop on Hartstown Road in Linesville to access the spillway. Plenty of parking spaces are available for anyone looking to visit the spillway. If you’re heading on I-90 through the northern portions of the state, it’s worth considering detouring to see this unusual spot in Pennsylvania.

There’s no outdoor activity that you can’t enjoy at Pymatuning State Park. If you want to go boating, fishing, swimming, camping, or other outdoor activities, you’re likely to find it here.

Visitors flock to the park to watch the tremendous number of fish in the spillway, kayak or canoe in the Shenango River, and watch for eagles soaring around the Wilson Launch site.

Traveler’s Tip: Learn everything you need to know to visit Mauch Chunk Lake in eastern Pennsylvania.

What Makes the Linesville Spillway Unique?

The spillway regulates the flow of the Shenango and Beaver Rivers. However, the design of the spillway results in an increased number of fish food flowing into the area. This attracts a tremendous amount of fish looking to feed on the larvae and other food that flows into the area.

As locals discovered the abundance of fish in the spillway, they would come to the water and feed the fish bread. The fish fight each other for every crumb they can gather.

Visitors to the spillway can purchase fish pellets to feed the fish and watch them erupt in a violent fight for food. As you can see in the video above, it’s quite a sight to see!

What Are the Fish at the Linesville Spillway?

The fish you see fighting for food at Linesville Spillway is an invasive carp species from Asia. They’ve been taking over not just Linesville Spillway, but many other fast-moving waterways. They can lay hundreds of thousands of eggs at a single time, so they can quickly take over a body of water.

Invasive species like these Asian carp can destroy the ecosystem and put native species in extreme danger. Because of their massive size, once these invasive species reach maturity, they have very few natural predators.

Other Things to Do at Pymatuning State Park

Aside from visiting the spillway, there are plenty of other things to do at Pymatuning State Park. Let’s look at some things you can put on your to-do list for visiting this beautiful state park.

The hatchery and visitor center welcomes nearly 80,000 annual visitors. You can get an in-depth look at the state’s efforts to maintain a thriving population of native fish.

Watch for Eagles at Wilson Launch

If you’re visiting during winter, you’ll want to look near the dam at the lake’s southern end. However, you’ll likely see them perched along the shore scouting out fish during the summer.

Kayak or Canoe the Shenango River

Hike One of the Seven Trails

The park is home to seven different trails that are all relatively easy. The Classroom Trail is perfect if you’re looking for a short (.25 miles) hike that’s very family-friendly. If you want to experience a bit more of the forest and see some of the spring wildflowers, the Log Cabin Trail is relatively short (1.3 miles) and is an out-and-back trail.

However, if you want to really push your limits, the 9.75-mile Snowmobile Trail will do it. Keep in mind that maintenance on the trail is limited during the winter months.

Book a Campsite and Stay Overnight

There are two campgrounds in Pymatuning State Park. Both campgrounds are modern and have showers, flush toilets, and ADA-accessible campsites. Some of the sites at Jamestown Campground have water, sewer, and electricity.

However, only half of the sites at Linesville Campground offer electricity at the site. If you want to stay as close as possible to the state park, you can’t get much closer than in it!

Is a Visit to the Linesville Spillway Worth It?

The Linesville Spillway is an unusual attraction. It can be a sight to see if you’re in the area or want to use the hatchery as an opportunity to learn about the efforts to maintain a healthy fish population in the state.

Getting to feed the fish and see such a massive amount of fish will be something you and your family will remember for years. If you’re passing through the area, add this to your itinerary! 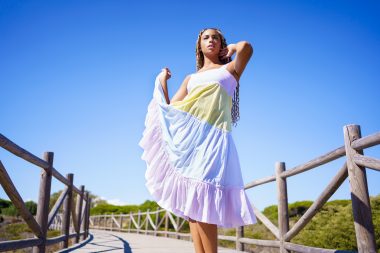 Your Guide to Turning Point Park in New York 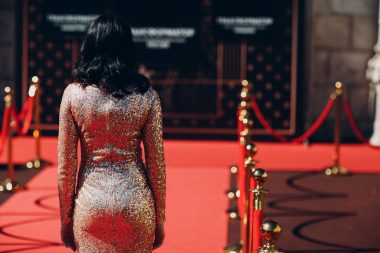