The Curious Case of the Missing Town in Montana

You’ll find the legend of Langville, Montana, shrouded in mystery and controversy. As rumor would have it, this mysterious ghost town disappeared without a trace. Ghost towns vanish by definition, but Langville didn’t seem to leave behind any physical evidence.

Other ghost towns in Montana and beyond leave behind evidence of their existence. You can see old barns, homes, and even remnants of main street businesses — except for in Langville.

This town exists in whispers, shadows, and rumors. Some people swear you can still find ghost-like remnants of Langville. However, others attest that the whole legend is a carefully crafted hoax.

Let’s dig in to see if we can get to the bottom of the Langville, Montana, legend.

What Is the Missing Town in Montana?

Legend has it that all physical and online evidence of the town of Langville, Montana washed away by early 2000. Today, you’ll struggle to find any photos or online mention of it. Legend also claims some mysterious force turned the residents of Langville “inside out” in the early 1900s.

Believers would tell you that Langville disappeared because its people vanished under nefarious circumstances. Furthermore, they believe the government wants to keep it secret from us.

Some say all evidence of the town’s existence got scrubbed from the landscape and the internet. These forces didn’t want anyone asking too many questions.

Doubters would tell you that the missing town in Montana is a hoax, first mentioned in the 2016 “Ghostbusters” remake. Many doubters claim that the directors of “Ghostbusters” created the Langville Legend to build buzz for their upcoming movie.

Traveler’s Tip: Is there something to the urban legend of the Hitchhiker of Black Horse Lake that haunts a highway in rural Montana?

Is Langville, Montana, a Real Place?

It depends on who you ask. Online investigation of Langville, Montana, doesn’t yield any photos, map locations, or other identifying factors that could lead you there. You also won’t find stories of people who lived there or accounts of how they might’ve been “turned inside out.”

Nonetheless, many Montanans swear by the fact that Langivlle did indeed exist. They also claim that the legend existed long before the new “Ghostbusters” movie came along.

Many ghost towns dot the U.S. landscape. Langville, Montana, could have existed, but we’ve found no clear answer on that front.

Langville, Montana, is famous because of the ghastly way that the residents supposedly disappeared. Believers consistently say that some mysterious force turned the people in the town “inside out.”

However, we don’t know what that actually means. Allegedly, all evidence got wiped to hide what happened there.

Langville is also famous because of the controversy surrounding its existence. Many say that the fictional tale is simply an urban legend, whereas others are fervent believers. That debate on if it existed and what happened to the residents contributes to its fame.

What Is the Legend of Langville, Montana?

Legend has it that sometime in the early 1900s, a mysterious force swept over Langville and turned its inhabitants inside out. The inside-out inhabitants either died off or disappeared shortly thereafter.

Then some entity or organization didn’t want anyone to know what happened. They came along and washed away all evidence of the town’s existence. The cover-up went so far as to scrub the internet of any mentions, evidence, or accounts.

Legends are a funny thing, though. You can still find some accounts of Langville out there, and you can choose whether or not to believe them.

Where Can You Find Langville, Montana?

Believers attest that Langville, Montana, was somewhere in the eastern plains. However, not much evidence exists that would help you triangulate where to find the mysterious town.

Google maps show no record of a Langville, Montana. Additionally, you’ll only find sketchy internet accounts of where it might have been.

The Langville legend also states that the entire town and its inhabitants disappeared without a trace. So you would have difficulty knowing the Langville location even if you were standing right there.

Does Montana Have Other Ghost Towns?

Like many U.S. states, Montana has a plethora of ghost towns that you can actually visit and study.

Castle Town, Montana, founded in 1891, had a school, jail, shops, 14 saloons, and seven brothels. The Silver Panic of 1893 decimated the community, and it became a ghost town shortly thereafter. You can see the remnants of Castle Town and learn all about it at a museum in White Sulphur Springs, Montana.

Bannack, Montana, founded in 1862, was the first capital of the Montana Territory. Despite its early success, Bannack eventually became a Montana ghost town in the early 1900s.

Bannack is now a state park outside Dillon, Montana. You can visit the 60 structures that still stand as a testament that this ghost town existed.

Many flocked to the Montana Territory in the mid to late 1800s for gold, silver, and other valuable minerals. As a result, many towns went boom and bust very quickly, resulting in a rich ghost town landscape in Montana.

Is It Worth Visiting Langville, Montana?

If you believe in the legend of Langville, then you might want to scour eastern Montana to find evidence of its existence and its citizens’ untimely demise.

On the other hand, if you believe it never existed, you likely won’t find it worth searching out. Whether you put yourself in the believer camp or the hoax camp, ghost towns are fun historical phenomena that keep everyone guessing. 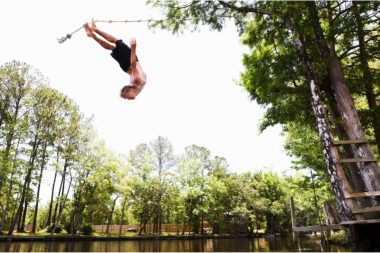 These Rope Swings in Mona, Utah, Are Perfect Places to Cool Down This Summer 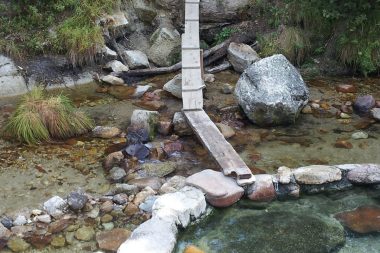