Home West Alaska You’ve Heard of Bigfoot But Have You Heard of Kushtaka?

You’ve Heard of Bigfoot But Have You Heard of Kushtaka?

Alaska has many hard-to-believe attributes that other states don’t have, including the Kushtaka. In certain parts of the state, people have talked about this legendary creature for generations. Do they really exist, or are they simply the result of someone’s vivid imagination?

And what might happen if you were to run across this mysterious being while exploring the Last Frontier? Let’s find out.

According to a Pacific Northwest legend, the Kushtaka resembles an otter but has supernatural powers. In some retellings, the Kushtaka is a shape-shifter that can transform itself into a human.

People familiar with the story know to keep their ears trained for a distinctive three-note whistle. It’s a telltale sign of the Kushtaka’s presence along the ocean shore.

What Is the Legend of Kushtaka?

In most versions of the story, the Kushtaka is a fearsome and conniving creature with cruel intentions. The Kushtaka sometimes imitates a crying baby or a screaming woman to lure people into drowning in the icy waters.

Others believe this otherworldly otter will draw you in with its cute appearance before unexpectedly ripping you to shreds. That sure doesn’t seem like any of the otters we’ve encountered in our travels.

How Did the Kushtaka Myth Get Started?

The Tlingit people of coastal southeastern Alaska have handed down the story for many generations. Some believe it has its origins in a real incident in which a fisherman was lost at sea.

Maybe the story had a more practical beginning, however. Perhaps it was simply a way for parents to keep their children from straying and running into nature’s many dangers.

Traveler’s Tip: Learn the chilling reasons why the town of Portlock, Alaska, was abandoned.

What makes the Kushtaka legend so terrifying is that otters are so adorable, sometimes even playful. The most common species in this part of Alaska is the sea otter. They can weigh up to 100 pounds and reach around 5 feet long.

In some versions of the legend, the Kushtaka is half human and half otter. In others, it shifts back and forth from otter to human.

What Are Otters Called in Ancient Stories?

The literal translation of Kushtaka from the Tlingit language is “land otter man.” However, southeastern Alaska isn’t the only place where otters show up in mythology or folklore. Many other Native American tribes have legends associated with these animals.

Tales portray them as tricky or mischievous but certainly not murderous. This likely makes the Kushtaka stories unsettling or at least grabs your attention.

What Are Some Other Alaska Mythical Creatures?

Alaska covers so much territory and has so many separate cultures that there’s room for additional legends. Besides Kushtaka, modern-day Alaskans grow up hearing about these other strange beings that may or may not exist.

The legend of the Qalupalik comes from the Inuit people. These human-like aquatic creatures have greenish skin and long hair and fingernails. Some also describe these women with fins coming off their heads and webbed hands.

According to legend, the Qalupalik snatches up curious kids and places them inside a pouch in the parka she wears. Worse, she hauls them off to raise them as her own, and they will never see their loved ones again.

She, too, serves as a frightening warning to children not to venture too close to the water’s edge.

In Alaska, you’ll find a recurring theme about the dangers of getting too close to the water. If the murderous otter or the green-skinned sea witch doesn’t get you, the Tizheruk might. Inuit legend says this slithering sea serpent can silently swipe someone right off a boat or pier.

They have a 7-foot-long body ending in a flipper measuring 12 to 15 feet long. Beware, especially if you’re in the vicinity of King Island in the Bering Sea. You may find similar legends in the Pacific Northwest as well.

The Adlet is Alaska’s version of the werewolf, but with a twist. This Inuit tale involves a savage creature with a human’s upper body and a canine’s lower half.

The legend says they are especially bloodthirsty and aggressive and travel in packs, attacking anyone in their range. Similar tales also come out of Greenland.

Similar to the Kushtaka, this creature is part human. You may find hairless dogs creepy anyway, especially those who don’t leave any paw prints. According to legend, the Keelut isn’t completely bald. It has hair on its feet, which explains why it leaves no tracks.

The real danger is that just laying eyes on this mysterious animal leaves a person so disoriented they become immobilized. And, in winter, that means hypothermia is just around the corner, making you an easy meal for Keelut.

The thoughts of vengeful hunters called Tornits roaming the woods have kept many campers awake at night. The story goes that Tornits got along peaceably with the Inuit tribe members until one of them stole a kayak.

To settle the score, an angry Inuit stabbed the alleged thief to death while he was sleeping. However, the repercussions from this long-ago squabble have continued, with many others disappearing mysteriously during overnight hunts.

Do Alaskans Still Believe in Kushtaka?

All cultures seem to have their own versions of mythical creatures like Kushtaka and these other odd creatures. From place to place, they take on different forms or shapes and can be terrifying, or at least eerie.

Some of these stories are no doubt rooted in real events, and they aren’t unique to Alaska. Look around the country, and you’ll find enduring tales of inexplicable creatures and events. For every Bigfoot or Sasquatch, there’s also a Wampus Cat or Mothman, a Skunk Ape, or Jersey Devil.

Maybe because Alaska has so much untamed wilderness, they somehow seem more believable in the Last Frontier. We think that most Alaskans probably dismiss the stories of Kushtaka as nothing more than old folklore. But surely, plenty of people don’t feel at ease when encountering an otter in the wild. 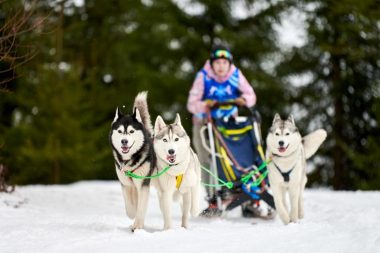 What Is Bethel, Alaska, Known for? 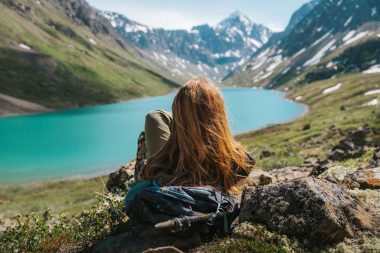