Home News & Opinion Know Before You Go: Are the ‘Florida Man’ Stereotypes True?

Know Before You Go: Are the ‘Florida Man’ Stereotypes True?

You may have heard about him or maybe seen him on the local news or in the paper. His exploits are legendary, with hard-to-believe antics up and down the Sunshine State.

We’re talking, of course, about “Florida Man.” But if you’ve only heard vague whispers of this wily creature, don’t let this sometimes-hilarious, sometimes-unbelievable stereotype scare you away.

Let’s take a closer look at “Florida Man” and what it might mean for your future vacations.

What Are the ‘Florida Man’ Stereotypes?

For the uninitiated, this isn’t some southeastern-based superhero. “Florida Man” is a mostly derogatory stereotype of an unintelligent and reckless person who generally gets into trouble, be it by hurting themselves or others, running afoul of the law, or both.

The rest of the state (and sometimes the country) then learn about their misadventures in the news. That includes headlines like “Florida man trapped in unlocked closet for two days,” or “Florida man arrested for trying to get alligator drunk.”

Where Did These Stereotypes Come From?

There are a few explanations for the “Florida Man” phenomenon, from quirks in the law to the particulars of the state and the people who live there. Let’s take a look.

Florida has especially strong laws giving the public access to records involving police and fire department activity. That means details of any unusual incidents these agencies respond to can potentially end up in the hands of journalists.

This includes some of the infamous mug shots that often accompany these stories. This information is available quickly and relatively easily, meaning any wild events can become public in just hours. In contrast, many other states are less forthcoming with information involving police and fire activity, or at least make the process of obtaining it more lengthy and complicated.

Good Weather that Allows People to Go Out All Year Round

It’s no secret Floridians enjoy warm temperatures year-round, making it easy to get out of the house to enjoy the many attractions the state has to offer. It also means that there’s no winter lull like in some parts of the country when people stay home more frequently due to low temperatures and wintry conditions. With Floridians out and about all year long, there are simply more opportunities for antics.

The Large and Diverse Population

Florida is big! More than 21 million people call the state home, making it the third-most populous state in the entire country. When you have that many people, it goes without saying that you’ll have quite a few knuckleheads and troublemakers.

The state’s remarkable diversity also contributes to some of the eye-catching headlines. Cultures from around the country and world coexist throughout Florida, and things that may be run-of-the-mill in some parts of the world may raise eyebrows or lead to calls to police here.

Do You Need to Worry About a ‘Florida Man’ Situation During Your Visit to the State?

Unless you are the reckless or unintelligent one, it’s very unlikely you or your loved ones will end up in the wake of a wild “Florida Man” situation. Millions of people visit Florida’s beaches, amusement parks, swamps, and cities every year. Very few have any problems or issues they wouldn’t run into in another state.

However, if you find yourself on the wrong side of the law or in an unfortunate situation involving public agencies, you can bet that the public records laws that allow local news to follow these stories will allow them to track your case as well. Your best bet in this situation might be an uninterested editor or busy news week.

But even if you do end up as “Florida Man” for a day, know that another will be along soon. Your moment of infamy will hopefully be brief.

Florida certainly isn’t the only state with stereotypes about its residents. Not everyone in New York is a rude city-dweller with a Brooklyn accent. Not every Iowan is an uneducated farmer tending a massive cornfield in the middle of nowhere.

In Texas, you’ll find just as many bankers as you will cowboys and ranchers. Despite California’s liberal reputation, it’s home to more Republicans than just about any other state.

The point is, while Florida is undoubtedly home to some wild, unpredictable individuals, that’s true of every state. Each has its own stereotypes with varying levels of accuracy. The best way to bust these stereotypes is to visit the states themselves and meet the diverse people there.

Traveler’s Tip: Wondering where to visit in Florida? We recommend enjoying some of the amazing coastlines in Satellite Beach.

Enjoy Your Visit Without Worrying About Stereotypes

Florida is an unbelievably beautiful, fun, and exciting place to visit. It’s home to some of the nation’s best beaches. It also has vibrant towns like Miami and Key West, unique nature like Everglades National Park, and numerous amusement parks.

There’s no need to let Florida Man or any other stereotypes ruin your vacation. There’s just too much of the Sunshine State to enjoy to worry about oddball residents stealing bulldozers or calling 911 for relationship advice.

Have you ever encountered a “Florida Man” situation? 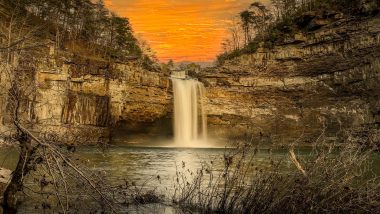 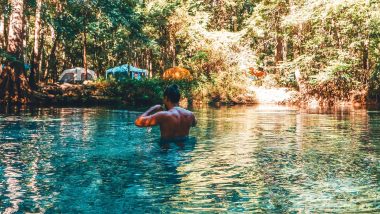 5 Most Instagrammable Spots in Florida