Are you obsessed with ghost towns? Do you love exploring forgotten places? We don’t blame you! Ghost towns are quirky, mysterious, and ripe with history. And amazingly, they’re scattered all over the southwestern United States.

But what’s the ghost town that rules all ghost towns? Jerome ghost town in Arizona, of course! Once called the “Wickedest Town in the West”, Jerome’s population plummeted to a mere 50 people in the mid-20th century.

Now, it’s a hotspot for travelers, artists, writers, and creative people from all walks of life.  Keep reading to find out what makes Jerome ghost town so popular.

Where Is the Jerome Ghost Town?

Jerome is in central Arizona, right between Prescott and Sedona. In fact, it’s right on Cleopatra Hill, overlooking the Verde Valley.

It’s no wonder this spot was popular in the last 1800s. With its stunning views and abundance of natural resources, it was a no-brainer for settlers.

Who Is Jerome, Ariz., Named After?

It’s hard to understand Jerome’s early success without understanding the history of the United Verde Copper Company. In 1883, the company began mining copper ore between the two hills in Jerome: Cleopatra Hill and Woodshute Mountain. Surprisingly, United Verde became amazingly successful and, at its peak, was producing $1,500 to $2,000 in profits each day.

Because United Verde Copper Company became one of the richest businesses in the area, the town was naturally named after one of its founders, Eugene Jerome. He was a wealthy financier who had a huge part in the copper company’s success and later became an officer at the company.

What Happened in Jerome, Ariz.?

With the success of the United Verde Copper Company, Jerome’s population boomed to nearly 15,000 in the early 1900s. Mining operations grew, and a narrow-gauge railroad to the mainline was built to transport copper throughout the surrounding towns. The town was truly bustling and diverse, with hastily-built buildings, saloons, brothels, and other various businesses popping up to supply the ever-growing demand.

Nevertheless, it wasn’t long before fires and natural disasters began to plague the town. The mining activities ended up destroying most of the vegetation along the hills, which caused various mudslides around the turn of the 20th century.

The blasting activities didn’t help either, and the constant fires ended up helping to incorporate the town in 1899 — simply so the residents could have access to water, create a fire department, and establish building codes.

Eventually, the Great Depression caused copper prices to plummet, and the fires, mudslides, and blasting became too much. By the 1950s, most of Jerome’s residents had moved away (except for a select few who created the Jerome Historical Society).

Why Is Jerome Considered a Ghost Town?

The remaining residents who aimed to preserve Jerome were actually quite successful in their endeavors. They were able to halt the demolition of the remaining local buildings in 1956 and successfully dubbed Jerome the “World’s Largest Ghost City.” They also opened up the Mine Museum and Gift Shop on Main Street, both of which are still open and thriving.

Thus, Jerome became a ghost town to preserve the important history after most residents and businesses took what they could and left.

Traveler’s Tip: Check out our list of 15 unique things to do in Jerome, AZ!

Why Is Jerome the Wickedest Town in the West?

The San Francisco Examiner newspaper called Jerome the “Wickedest Town in the West” in 1899. The exact wording described Jerome as having “one beggarly looking church and at least sixteen saloons and more going up.”

And really, there was some truth to this statement. Jerome definitely had its fair share of saloons and brothels to entertain the miners after they did their jobs. Its promise of wealth attracted the “bad boys” of the wild west, and businesses opened their doors to accommodate their habits.

How Many Times Has Jerome Burned Down?

Between 1894 and 1899, Jerome suffered from at least five major fires that ravaged the town. Two in 1894 took out 12 buildings in April and the rest of the downtown in June.

Another on Christmas Eve of 1897 burned down an entire block of buildings in the “Tenderloin District,” and one more in September of 1898 killed at least eight people.

The last of the major fires was in May of 1899, and it was a doozy. It started in the Leland Hotel, spreading downtown and destroying a hospital, saloons, restaurants, stores, a bowling alley, a barbershop, a blacksmith shop, and various other houses. Yeah, fires were a problem in Jerome.

What Did Jerome Mine?

Jerome was rich with high-grade copper ore, but they later found it to have an abundance of copper bullion and a decent amount of silver and gold.

Is Jerome, Ariz., Worth Visiting?

So, should you plan a trip to Jerome ghost town in Arizona? Absolutely! Jerome is now a thriving community of free spirits, artists, and craftsmen who’ve revitalized the town beginning in the 1960s.

It’s where art, history, and ruin meet, and there’s even a state park you can visit surrounding the Douglas Mansion. There’s a reason why over 90,000 people visit this unique piece of history every year — there’s really nothing else like it!

Would you ever visit Jerome, Arizona? Let us know in the comments below! 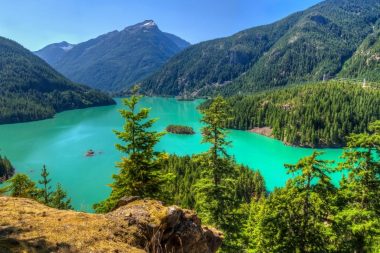 Lake Diablo Is a Hidden Gem in Washington 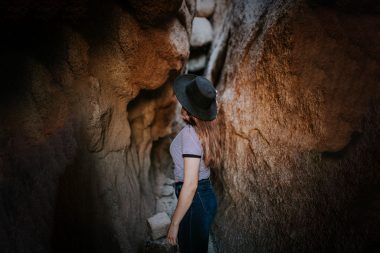 This Cursed Cave Is a Stone’s Throw From Route 66