Home News & Opinion Will the Federal Government Ever Improve the Interstate System?

Will the Federal Government Ever Improve the Interstate System?

Can you imagine life without the Interstate Highway System? You might travel on the interstate for leisure or use it to commute to work. But did you know they’re in poor shape today and decades behind on repairs?

Let’s learn how this came to be and the steps the government can take to repair the Interstate Highway System.

What Is the Interstate Highway System?

The Interstate Highway System carries passengers throughout states and across the country. It also carries freight. It connects the rural, metropolitan, and urban areas of the contiguous U.S. And it provides a connection point to other transportation networks, like railroads, airports, local roads, and public transit systems.

Each state manages its part of the Interstate Highway System. The federal government pays 90% of the cost thanks to the Federal-Aid Highway Act of 1956.

What Is the Purpose of the Interstate Highway System?

Pres. Dwight Eisenhower signed the Federal-Aid Highway Act of 1956 on June 29 of the same year. The goal was to build a “National System of Interstate and Defense Highways,” a 41,000 mile-system of highways with two main purposes.

First, it provided a path to travel across the country in a safe, efficient way. Second, it provided a route of quick escape in case of an atomic attack.

Which Four Capitals Aren’t Part of the Interstate System?

The Federal-Aid Highway Act of 1956 held that the Interstate Highway System should serve the 48 contiguous states. But today, there are interstate highways in all 50 states and Puerto Rico.

After Hawaii became a state in 1959, officials determined the state would benefit from interstate highways. Pres. Eisenhower signed the Hawaii Omnibus Act stating that U.S. areas outside the contiguous 48 could build federal-aid highways. Today, Hawaii’s interstate highways meet the same standards as those built within the 48 contiguous states.

But it’s true: the essence of the word “interstate” means it’s connecting state to state. In that sense, only the 48 continental states are part of the Interstate Highway System. And interstates give access to every state capital but four: Juneau, Ala., Dover, Del., Jefferson City, Mo., and Pierre, S.D.

The majority of the Interstate Highway System is well beyond its lifespan. According to a study by the Transportation Research Board (TRB), “The Future Interstate Report,” “many of the Interstate pavements built in the 1950s and 1960s were designed for 20-year service lives but have now gone more than 50 years without reconstruction of their foundations.” The roads face a major risk of degradation due to their age, wear, and the impacts of climate change.

Additionally, they encounter more traffic than designers ever anticipated. In fact, the Interstate Highway System experienced 70% more traffic growth from 1980 to 2015 than other U.S. roads. The Interstate System’s grown 10% longer than when they first built it. There are three times as many drivers using it and four times as many vehicle miles hitting it.

Experts predict 45% more freight moving on interstate highways in the next three decades than today. Simply put, in its current state, the interstate system barely keeps up with demand today. And it likely won’t keep up with future demand unless the government intervenes.

Will the Government Ever Fix It?

​​We sure hope so! A few years ago, Congress commissioned the TRB to conduct a study on the Interstate Highway System. Congress wanted the National Academies of Sciences, Engineering, and Medicine committee to make policy recommendations for the interstate’s future. After years of research, the committee reported their results in “The Future Interstate Report” mentioned above.

What Could the Government Do to Improve the Interstate?

Although a complex process, there are many things the government can do to improve the Interstate Highway System. These are some of the TRB’s recommendations.

The country was a much different place in the 1950s and 1960s when the government built the original Interstate Highway System. There were fewer vehicles, and they traveled slower.

And there were considerably fewer people making up the country. At that time, interstate highways connected urban areas. Today, some of these urban areas have become major commuting hubs for metropolitan areas. The traffic interstates see today is much greater than its engineers could’ve envisioned 70 years ago.

Cities in the U.S. have also gone through shifts. Engineers decades ago couldn’t have envisioned which areas would explode in population. Unfortunately, this means the number of interstate highways built decades ago isn’t proportional to today’s population density.

According to “The Future Interstate Report,” federal interstate spending sits around $20 to $25 billion per year. However, the TRB estimates that this amount is hardly enough to fix the deteriorating roads and bridges. They estimate it will cost nearly twice this amount yearly for the next 20 years.

Their research shows the government would need to set aside an estimated $57 billion per year. And they estimate it’d cost even more money to expand interstate highways.

But how would the government generate revenue to pay for such a feat? When the interstate system was first formed, Congress and the Senate set aside funding by establishing a Highway Trust Fund. Taxes on gas and other products funded the original highways and bridges.

We could also use this approach today: raise the federal motor fuels tax and increase the number of interstate tolls. But even these two revenue sources have issues.

The increase in fuel economy over the years and the increase in electric vehicles have impacted the interstate system’s original funding structure. After all, increasing the fuel tax won’t impact electric vehicle drivers. And more efficient vehicles mean less gas consumption. However, the TRB argues that tolls and per-mile charges on interstate users are possible areas of revenue that are fair across the board.

Plan for Electric and Self-Driving Vehicles

Extreme weather wreaks havoc on highways and bridges. Extreme temperatures cause road buckling, early deterioration, and extra stress to bridges. An increase in the rain leads to road washouts. Rising temperatures cause higher sea levels, which leads to erosion near coastal roads and impaired bridge supports.

Find Ways to Reduce Greenhouse Gas Emissions on the Interstate

According to the EPA, the typical passenger vehicle “emits about 4.6 metric tons of carbon dioxide per year.” In addition, the actual production of concrete for interstate highways releases an incredible amount of carbon dioxide. The concrete industry is responsible for emitting 8% of overall carbon dioxide emissions.

Traveler’s Tip: Need fuel on your road trip? Fill up your tank at one of the 7 best road trip gas stations.

Is There Hope for the Interstate System?

There is hope. It will take a great deal of work, funding, and time. But with how integral the Interstate Highway System is to our country, our government has to find a way.

One major step is Pres. Joe Biden’s signing of the INVEST in America Act. The plan aims to set aside funding for a national network of plug-in electric vehicle chargers. And there’s funding for zero- and low-emission buses, including electric school buses.

Finally, it directs the Department of Transportation to create a pilot program for a national per-mile user fee to provide a revenue source to the Highway Trust Fund. It will take time to implement, but what do you think? Do you have hope for the future of the interstate? 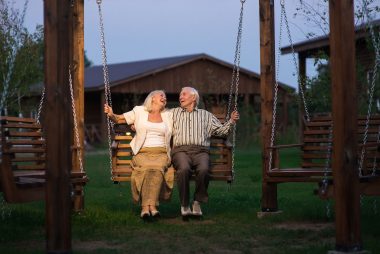 7 Alabama Customs You Must Know Before You Go 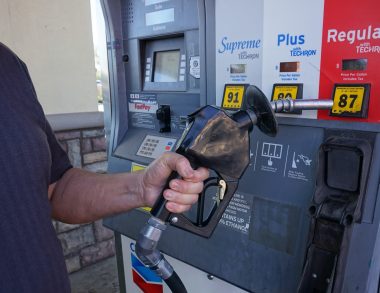