Home News & Opinion How to Act Around Alligators for Visitors: Wrong Answers Only

How to Act Around Alligators for Visitors: Wrong Answers Only

The Alligator is one of the southeast’s most feared native creatures, with good reason! Growing to more than a dozen feet long and packing a fearsome and deadly bite, no one wants to end up on the wrong end of an encounter with a gator.

But many don’t know the major dos and don’ts of an alligator encounter, especially visitors hailing from gator-free regions of the country. Here are some crucial and potentially life-saving tips to keep in mind.

Where Could You Encounter an Alligator?

Gators live in a wide range of territory throughout the southeastern U.S., from as far north as North Carolina to as far west as Texas. Within this region, you’ll generally find alligators in freshwater rivers, swamps, marshes, and lakes, as well as the area around these water features.

What Is an Alligator and What Types Live in America?

The alligator is a type of crocodilian, a large, semi-amphibious reptile with roots dating back to the time of the dinosaurs. Alligators have two subgroups, commonly known as the Chinese alligator and the American alligator.

As the name would imply, it’s the American alligator that calls the southeast home and the one you’ll encounter if you run across one in the U.S.

How to Avoid Alligators

The only surefire way to avoid all alligators is to avoid their habitats. This means staying away from most wet or marshy areas in the southeast. Unfortunately, this isn’t entirely realistic. The region’s rivers and lakes are some of its top attractions.

The next most crucial thing is to be aware of your surroundings and give any gators plenty of space. Spotting an alligator from far off gives you plenty of time to alter your course or just turn around. It’s also helpful to avoid alligator-prone areas near dawn and dusk, as that’s when they tend to feed and be most active.

The WORST Things You Could Do When You Encounter an Alligator (Seriously, Don’t Do These)

Encountering an alligator can result in everything from some cool pictures and a great story to life-threatening injuries or worse. Here’s what you should not do if you run across one.

Why It’s Wrong: This one almost goes without saying. If you want to run into serious trouble, make sure to stick around close to any alligators you stumble upon. Staying super close to these massive, aggressive creatures allows them to move closer to you and potentially attack.

What You Should Actually Do: Gators are faster and more agile than they appear, so your best strategy is to keep your distance. You’re far less likely to disturb the gator. Even if it does happen to notice you, you have plenty of time to back away before it gets within a dangerous distance.

Why It’s Wrong: You may think you’re helping to confuse or otherwise get an advantage on the alligator, but in reality, you’re just keeping yourself closer to it than necessary. Distance is your friend in a gator encounter. Zig-zagging makes it harder to put the maximum space between you and it.

What You Should Actually Do: This is pretty simple: run! If a gator is chasing you, run as fast as possible in a straight line. As we mentioned, gators are surprisingly fast but often won’t pursue you far if you retreat quickly.

Why It’s Wrong: If you’re unfortunate enough to end up in a physical encounter with a gator, you may find yourself up against the “death roll.” With prey clamped in its mouth, the gator will spin to further wound and disorient the victim. The natural reflex may be to fight this roll, but gators are simply too strong. You’ll end up making any injuries worse as you provide extra resistance to this furious power.

What You Should Actually Do: Your best bet is to roll with the gator. This will prevent any serious wrenching that could dislocate a limb or worse. Roll with the gator and continue to fight like heck to try and free yourself.

Why It’s Wrong: People without much experience with wild animals may have heard you should play dead. Unfortunately, it’s terrible advice in most situations. Not fighting back makes you seem like easy prey to the gator. It may sense your hesitancy as weakness and step up its attack.

What You Should Actually Do: Do whatever you can to beat the living heck out of the gator and make it leave you alone out of fear or pain. Poke its eyes, punch it in the snout, or even shove a hand or arm down its throat.

Truly, gators are difficult animals for humans to fight hand-to-hand. However, fighting back can go a long way toward surviving an encounter with as few injuries as possible.

Try to Get Loose or Open Its Jaws When It Bites

Why It’s Wrong: If the alligator has a limb clamped in its jaws, you may try to pull its mouth open. Don’t waste your energy. Gators produce 3,700 pounds of pressure per square inch with their bites, far more than you can fight. You’ll simply waste your energy, as well as valuable time that you could use to save yourself.

What You Should Actually Do: Keep on fighting using the techniques described above. You may land a blow that causes the gator to open its jaws, allowing you to free yourself.

Observe Alligators from Far Away to Stay Safe

Alligators are one of the southeast’s most majestic animals but can also be one of the most dangerous. Seeing gators can be a major thrill, but it’s best to keep your distance. Keep these rules in mind, and you won’t become a victim to these powerful predators. Have you ever encountered an alligator? 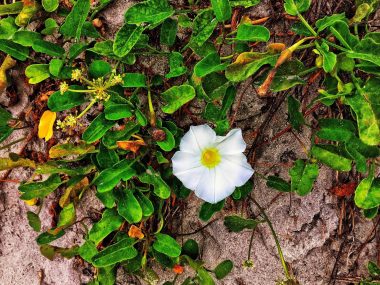 5 Most Instagrammable Spots in South Carolina 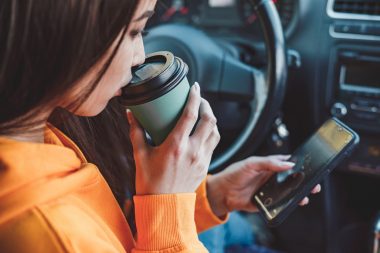