Plan Your Trip to Gulfport, Mississippi

If you’re driving south down State Highway 49, Gulfport, Mississippi, is the end of the line. Interstate 10 crisscrosses it from the east to west, so chances are you’ve passed through at some point. Take the time to stop in, and you’ll discover one of Mississippi’s special seaside communities. Let’s take a look.

Gulfport is the next-door neighbor to Biloxi, and both are popular tourist destinations along the Gulf of Mexico. There are miles of white-sand beaches, great fishing waters, and top-notch golf courses for year-round play. The Mississippi Gulf Coast is also a big player in casino gambling.

Gulfport was incorporated in 1898 after a railroad was built there to serve a thriving lumber industry. Two earlier communities in the area were known as Mississippi City and Handsboro.

With a population of almost 72,000, Gulfport is the second-largest city in Mississippi, trailing only the capital city of Jackson. It has a larger industrial presence than most of Mississippi’s other coastal cities. In fact, the commercial seaport that gives it its name generates millions in sales and revenue for the state.

Best Things to Do in Gulfport, Mississippi

There’s a lot to do in Gulfport, Mississippi, besides hitting the golf course, beach, or casinos. Even with a family in tow, there’s no shortage of fun activities. Here are four of our favorites.

The Institute for Marine Mammal Studies

The address is Dolphin Lane, which should give you an idea of what you’re in for. The Institute of Marine Mammal Studies is all about incredible creatures of the deep. It sits on the site of the former Marine Life, where several generations enjoyed watching trained dolphins perform. They care for sick and injured marine mammals and sea turtles here, but they also have educational programs for the public. Plus you can swim with the dolphins and stingrays.

You and the kids can let your imaginations run wild at this unique museum that’s in an old schoolhouse. The building itself is more than a century old. It’s a great setting for inspiration. The Lynn Meadows Discovery Center calls itself “a playground for the mind.” The hands-on, interactive exhibits include an art studio and indoor climbing structure. The more offbeat opportunities allow youngsters to conduct their own scientific experiments or work as vets.

Trains and tracks are a big part of the area’s history, and you can see them here – just on a smaller scale. Located a few blocks inland on Pass Road, this fun museum is the place to go for model trains. There are dozens in perfect working order, and some of the displays are quite elaborate. One of them involves almost two million LEGO pieces. You may already know a lot about the trains, but you’re almost guaranteed to learn something new. And there’s a good chance you’ll leave with a smile.

It gets hot down here, but here’s a fun way to cool off. This sprawling water park has miles of slides and other water features with names that have a local connection. Make a splash and beat the heat, or relax at a shady cabana or pavilion. There’s also a tree-top adventure course with a zip-line and ropes.

Where to Eat in Gulfport, Mississippi

Fresh seafood is big here, but it’s not the only item on the menu. The local restaurants have something to satisfy every taste, from sweet to savory.

The Mississippi Coast has a French connection that goes back more than 300 years, and Renee’s is keeping it alive. Many of the flavors served up here – and their artistic presentations – are influenced by France. The rich premium coffees and sweet treats get top billing, but there are also heartier brunch selections. They love great music here, too – there’s a bread pudding named after B.B. King!

You’ll probably hear about po’boys a lot while you’re here on the coast, and Half Shell is where you can get one. For the uninitiated, it’s a sandwich served on a split loaf of French bread and dressed with lettuce and tomato. Choose shrimp or oyster and get a cup of seafood gumbo on the side. Or order a dozen oysters raw (on the half shell). Either way, you’ll also get a taste of Gulfport’s historic downtown district.

Not everyone loves fresh seafood, and that’s why the Half Shell Oyster House has a sister restaurant with other specialties. America’s classic steak houses inspire the Rack House. It has a relaxed atmosphere, in keeping with Gulfport’s overall vibe. Another tradition here is whiskey. There are more than 100 bourbons, ryes, whiskeys, and scotches available in the place that the Bourbon Society of the Gulf Coast calls home.

Where to Stay in Gulfport, Mississippi

Whatever kind of accommodations you’re looking for, we’ve got you covered. Here are a few options for places to land as you explore this cool coastal community.

This one’s across the highway from the beach, too. There’s a nice pier over the water where you might catch a view of Cat Island during the daytime. At night enjoy the refreshing breeze coming in off the water. There’s a gym for working out and an outdoor pool with a deck. Get up early for the hot breakfast buffet.

A small boutique hotel with just six rooms, The Almanett also has its own fine-dining restaurant and two comfortable lounges on the ground floor. Above sit six well-appointed rooms and a private terrace overlooking the waterfront. This unique inn has the look and feel of a homey but contemporary bed-and-breakfast.

There are more famous tourist spots in the area, but Gulfport, Mississippi, has a lot to offer. It’s an interesting but unassuming community that doesn’t try to be something it’s not. Think of it as a friendly place that aims to please while staying just under the radar. Have you ever unwittingly driven by Gulfport? 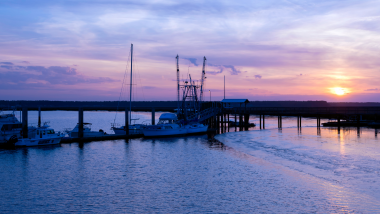 How to Spend a Perfect Day in St. Marys, Georgia 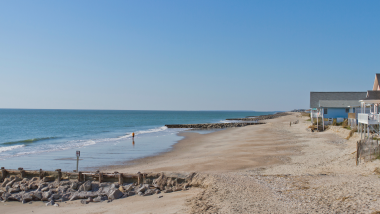 How to Spend a Perfect Day in Edisto Beach, South Carolina