These Chocolate Falls in Arizona Are Taller Than Niagara

Did you know that there are 500 waterfalls taller than Niagara Falls globally? This popular tourist destination is famous for its six million cubic feet of water that crash down every minute.

There are numerous waterfalls across the country that are bigger than Niagara Falls. One of those natural wonders is Grand Falls, Arizona.

Visitors call it Chocolate Falls, and it is only visible a few months of the year. Let’s learn more about Grand Falls!

Grand Falls is on Navajo land about 30 miles east of Flagstaff, AZ. The area is remote and can be challenging to reach, so it might be best to pack water and food.

Some people hike to the base of the falls. It’s only about a half-mile trek, but because of the loose rock, it’s critical to use extreme caution. Be careful of places that appear solid but can collapse. If you hike down to the gully, wear shoes that can withstand the mud.

Why do people call the Grand Falls Chocolate Falls?

Similar to the Chocolate Falls in Willy Wonka and the Chocolate Factory, the hue of these waterfalls appears chocolatey brown from the mud and dust of the Painted Desert. Amid the dry Southwest, the Grand Falls of the Little Colorado River are a sight to see.

When traveling down Interstate 40 across Arizona, take exit 211. Note that when you get off the interstate, you’ll still drive over 30 miles to reach Grand Falls.

At the end of the exit ramp, go 2.3 miles north to Leupp Rd and then another 20.3 miles to Indian Road 6910. This road is unpaved. You’ll drive 9.4 miles along this dirt terrain. If you cross the Little Colorado River, you’ve gone too far.

Many visitors complain about the long journey to reach the site, so be aware that you’ll be traveling for several miles on an unpaved road. Although 4×4 vehicles aren’t required, they might be a good idea.

Traveler’s Tip: While traveling on Interstate 40 in Arizona, take a pit stop to explore this cursed “death” cave.

The snowmelt and rain from the White Mountains in January and February create these breathtaking falls. However, because the snow and rain are seasonal, there are only specific times of the year when you can see the waterfalls.

The prime viewing time is during March and April. Although there is a brief monsoon season in the summer, the window is so short that you could easily miss viewing the waterfalls in motion.

Grand Falls is 181 feet tall, while Niagara Falls is 176 feet tall. When you consider the rocks at the base of the falls, the waterfall at Niagara is only about 70 feet. Grand Falls has a similar spray to Niagara Falls that creates beautiful rainbow patterns in the air.

When Should I Go to Chocolate Falls?

The waterfalls aren’t flowing much after March and April. This is a stark contrast to Niagara Falls, constantly plummeting alongside the New York and Canadian border.

So although the Grand Falls are bigger than Niagara Falls, there’s a much shorter window to view them.

Is Grand Falls Open to the Public?

Even though Grand Falls is on Navajo land, visitors can drive to the waterfalls. Be respectful of the land. If you bring a picnic lunch or drink water trekking down to the gully, follow the Leave No Trace principle. Pick up after yourself and keep the area beautiful for future guests.

While you’re visiting, you might also want to check out Walnut Canyon National Monument, which is a few minutes off Interstate 40 toward Flagstaff.

Sunset Crater Volcano National Monument is another national treasure worth visiting in the area. Note that you will cross time zones to see either of these monuments.

Do You Need a Permit for Grand Falls, Arizona?

You won’t need a permit to visit. Anyone can see Grand Falls at any time.

Keep in mind the best times to view the water flowing are in March and April. Because this is prime viewing season, there will also be more people.

Is It Worth Visiting Grand Falls, Arizona?

Grand Falls is worth visiting, but it’s also worth exploring the entire region. There’s so much history and unique tribal cultures of the Navajos and other Native Americans.

Grand Falls is remote, so if you’re going to visit, plan on spending several hours driving and admiring its glory. However, it’s worth it. As Grand Falls is bigger than Niagara Falls, it’s something you’ll have to see for yourself.

The next time spring rolls around, make your plans to visit Arizona, and the chocolate falls. Will it take your breath away? 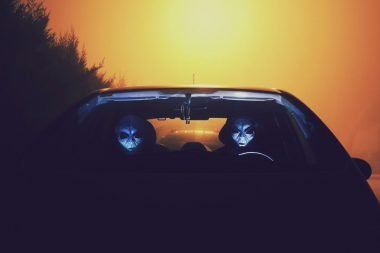 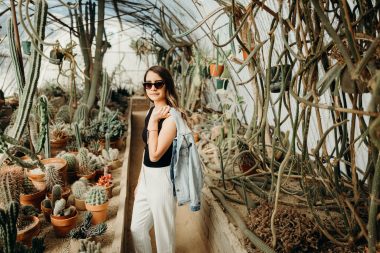