Home West New Mexico What Are the Gilman Tunnels?

The railroads changed America in many ways, and the Gilman Tunnels are a modern reminder of what a big undertaking they were. Trains don’t run through them anymore, but people from many walks of life continue to enjoy them. They are one of many natural or man-made attractions that contribute to northern New Mexico’s amazing allure.

The Gilman Tunnels are literally relics from the pioneering railroad era and are popular today with sightseers, hikers, and cyclists. The Santa Fe Northwestern Railway built these two short tunnels through rock in the early 1900s. The name came from a railroad executive named William H. Gilman.

Oh, and if they look familiar, you may have seen them in a Hollywood production or two. They have screen time in several movies, including “3:10 to Yuma,” released in 2007, and “The Lone Ranger” in 2013.

Where Are the Gilman Tunnels?

These iconic tunnels are in the gorgeous Jemez Mountains in Sandoval County, New Mexico. They’re in a narrow red-rock canyon in an area of the Santa Fe National Forest called the Jemez National Recreation Area. They’re on State Highway 485, just before it becomes Forest Service Road 376. This area is just off U.S. Highway 550, which skirts the scenic Guadalupe River. The Gilman Tunnels are 57 miles north of Albuquerque and about 85 miles west of Santa Fe. This area is known for its gravity-defying red granite formations and inviting mineral-rich hot springs.

Why Were the Gilman Tunnels Built?

The tunnels were built sometime in the 1920s to help turn logs into lumber. Workers loaded timber onto trains that hauled them to a sawmill in the area. They later widened the tunnels so trucks could do the job. Though train traffic stopped in 1941, logging continued in the area for another 30 years or so. These days, the Gilman Tunnels enjoy kind of a second act as picturesque gateways to an incredible Southwestern landscape.

Traveler’s Tip: We uncovered why Albuquerque Is the Best Place to Fly Hot Air Balloons.

Can You Drive Through the Gilman Tunnels?

A big part of the appeal of the Gilman Tunnels is you can drive right through them. The roadway leading up to them is paved and smooth, though somewhat narrow, and traffic is usually not heavy. However, the road turns to gravel on the far side of the tunnels. That’s where you might want to explore further on foot or a bike before you turn around and head back. There’s a small parking area there, and it’s usually not full. One great thing is that the river is not far from here, and there are some hiking paths leading to it.

The Gilman tunnels are open to traffic most of the year. They typically close down from mid-December to mid-April because of snowfall and snowmelt.

What Is There to Do in the Jemez Mountains?

Cruising around through the Jemez Mountains is a popular pastime because the terrain is magnificent and there are a few other unique attractions. It’s an easy day trip from Albuquerque, Santa Fe, and other nearby communities such as Taos and Los Alamos.

Traveler’s Tip: After exploring the Gilman Tunnels, check out these New Mexico Ghost Towns That Will Send Shivers Down Your Spine.

For centuries, people have believed that the naturally occurring waters in this area have almost magical healing properties. There are numerous hot springs, and this one is perhaps the most popular.  Accommodations at this bathhouse run from rustic to somewhat luxurious, depending on your tastes. For even more of a rejuvenating experience, licensed massage therapists are on the premises.

Many visitors are shocked to learn how far back the documented history goes. Evidence of human civilization in the Jemez Springs area goes back nearly 5,000 years. This modern display preserves the stone ruins of a mission building that Spanish priests built in the early 17th Century. Walk along a 1,400-foot interpretive trail to trace the history from the earliest pueblos to the present day.

These naturally flowing hot springs look kind of cool from the road, but the real magic happens up close. Pull over and explore the waterfall (from the Jemez River) and have a soak in one of a series of springs. The only downside is that the water smells a bit like sulfur – so hold your nose and take a plunge! It’s right along Highway 4, just north of Jemez Springs.

This is the name of the National Scenic Byway that covers 132 miles through the region. Established in 1998, it’s one of eight national scenic byways in the state. You’ll see why it earned such a lofty designation as you explore the changing terrain and cultures from behind your windshield. The route rolls directly through Bandelier National Monument and rises to 9,000 feet above sea level.

As the ancient shards from archeological digs indicate, ceramics have long had a presence in Jemez. Rather than crafting utilitarian stoneware, artist Linda Vozar Sweet creates beautifully intricate pottery and bronze sculptures. She also showcases the works of other local potters. Her quaint studio is on Highway 4 next door to the prominent Casa Blanca Guest House and Garden Cottage.

Are the Gilman Tunnels Worth Visiting?

You’ll love going through the tunnels because it’s a one-of-a-kind experience, and the surrounding high-desert scenery is so spectacular. The nearby cities have so much to offer, from world-class dining to thriving art and music scenes. But it’s also nice to stretch out and visit parts of northern New Mexico that are still so wild and scenic. Our advice is not to rush your trip to Gilman Tunnels. Sit back, relax, and enjoy the ride, allowing extra time to stop and enjoy the cool attractions along the way.

Is a visit to Gilman Tunnels on your bucket list? Tell us in the comments. 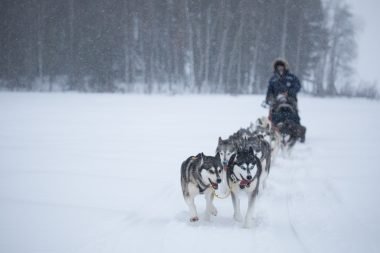 What's Up With the Disappearances in Nome, Alaska? 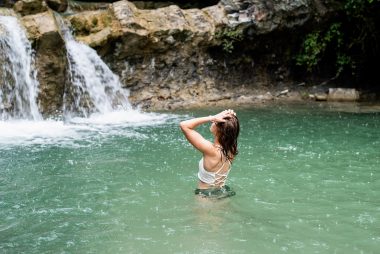 Unique Waterfalls in New Mexico You Have to Visit