When driving through the West and Northwest of America, you’ll encounter quite a few ghost towns. Areas once-thriving hundreds of years ago have become empty dust bowls with a few rickety buildings that hold folklore and history.

Some may even spook you as you walk the same grounds as the pioneers of the 1800s. Let’s take a closer look at ten ghost towns in Oregon you may want to visit.

What Is a Ghost Town?

A ghost town is an abandoned village or community. Usually, the town once thrived, but its economy tanked and residents moved out. Sometimes a natural disaster or human tragedy occurred.

Oregon is home to many ghost towns that once were hustling mining towns during the gold rush. Today, they’re tiny glimpses of the past with few buildings remaining. However, some ghost towns still have a few residents.

Traveler’s Tip: This Arizona Ghost Town Was Once the “Wickedest Town in the West.”

Why Does Oregon Have So Many Ghost Towns?

Because of the gold rush of the 1800s and early 1900s, pioneers flocked to Oregon in hopes of striking it rich. The ten ghost towns in Oregon listed below thrived for brief periods because of their location in mining areas.

However, many of them ceased to exist in 1942 when the government shut down the mining industry to focus on World War II.

10 Oregon Ghost Towns You Need to Know About

When taking a road trip through Oregon, you should consider stopping at a few ghost towns along your route. They don’t have much left other than lots of history.

You can imagine wild west showdowns on Main Street, saloons filled with cattlemen, and miners trekking home after a long day at work.

It will only take a few minutes to stop and explore most of these ghost towns in Oregon, but it’s worth learning a bit more about this period of American history.

About: Josephine, Ore. is home to Golden Ghost Town, a listing on the National Register of Historic Places. During the 19th Century Gold Rush, Golden was a popular destination for miners.

Today you can still see a few old buildings like the school, church, and general store. You can walk around the grounds and explore the area at no cost.

About: Once home to miners, loggers, ranchers, and farmers, the land of Buncom now belongs to the Buncom Historical Society, which seeks to preserve its history. In 1916, the post office closed, and Buncom became a ghost town.

But every year since 1993, the Buncom Historical Society has sponsored Buncom Day, a day of live music and celebrating the town’s history. Today you can see a few old buildings still standing, including the post office, and get a glimpse into life during the 19th Century Gold Rush.

How to Get There: Buncom Ghost Town sits at the corner of Little Applegate Road and Sterling Creek Road about 20 miles southwest of Medford, Ore. It is a considerable distance off I-5, with the closest highway about six miles north at Ruch, Ore.

About: Originally named Cross Hollow, Shaniko was a transit hub for the Columbia Southern Railway. Known as “The Wool Capital of the World,” Shaniko sold millions of buckles of wheat and thousands of tons of wool in the early 1900s.

However, in 1911 when the Oregon-Washington Railroad and Navigation Company opened a new route, the population and economy of Shaniko started to decline quickly. Over the years, people have tried to revive the town, but it just never made a comeback.

Today visitors can see the old wooden water tower, the city hall and jail, the school, and the post office. Additionally, some businesses are open from April to September.

How to Get There: Shaniko is located at the intersection of Highway 97 and Highway 218, about 8 miles north of Antelope, Ore.

Mount Hood National Forest is about a two-hour drive northwest, and Bend, Ore. is about a 90-minute drive south. So although Shaniko is in the middle of nowhere, you can make day trips nearby.

About: Settlers founded Sumpter, Ore., in 1898, and it became a booming gold rush town in the early 20th Century. The Sumpter Valley Railway made the transport of people and goods easy throughout the region. Sumpter was a vibrant town until 1917 when tragedy struck.

A huge fire burned almost 100 buildings, and many residents left the town as the mining industry had already begun dwindling. Today, the dredge and surrounding area are an Oregon state park. You can visit a few remaining buildings that now have retail shops.

How to Get There: Located between the Umatilla and Malheur National Forests, Sumpter still has a couple of hundred residents. You can reach the town by taking Highway 7 to Highway 410. It’s about 35 minutes west of Baker City, Ore., and a little less than an hour northwest of Prairie City, Ore.

About: Like other ghost towns in Oregon, Hardman thrived during the gold rush period but saw a scattering of residents once a new railroad route opened.

In fact, the railroad was supposed to come through Hardman but instead chose Heppner, a town about 20 miles northeast. Hardman was a thriving farming town with schools, stores, hotels, a newspaper, and even a telephone office. Today, only a few dozen residents call Hardman home.

How to Get There: Hardman, Ore., sits along Highway 207 in Morrow County. The Ruggs Ranch hunting preserve is about 7 miles north. National forests surround Harman to the south and east.

About: During World War II, the government shut down the Granite gold mine and other nonessential mines. But before the 1940s, Granite was another thriving gold mine town in northeastern Oregon.

Today, some old buildings and a few old wooden grave markers still stand. A few dozen people have moved to Granite, but it remains a ghost town in Oregon.

How to Get There: Granite is only a 30-minute drive from Sumpter and lies between the Umatilla and Malheur National Forests. It sits at the intersection of Grant County Road 24 and NFD 73. Visitors can stay at The Granite Lodge.

About: The town of Antelope earned its name because of the huge number of antelope that grazed the land. In 1871, a post office opened.

Antelope became a traditional western town with cattlemen and sheepmen and the occasional shoot-out.  But in 1898, like Sumpter, Antelope had its own devastating fire. One building on the main street survived and remains today.

About: Canyon City was established in 1862 and is one of the most populous ghost towns today. When someone discovered gold at Canyon Creek, thousands of Americans jumped at the chance to find more.

Between 1865 and 1870, people found about $1 million in gold. The number reached between $3-5 million in the few years prior. Mining continued until 1942 when the government shut down many gold mines to focus on World War II.

How to Get There: Located along Highway 395, Canyon City is just a couple of miles south of the Highway 26 intersection at John Day, Ore. John Day has numerous lodging options that provide easy access to this ghost town in Oregon. About 600-700 people live in Canyon City today.

About: George Millican built a ranch in the 1880s in central Oregon about 25 miles east of Bend. The town of Millican became official with the establishment of a post office in 1913. Millican never became a bustling town, and eventually, most residents moved with the construction of Highway 20 in the 1930s.

The post office finally closed in 1942. After the war, Bill Mellin purchased the gas station, store, and post office and operated all three until 1988, when he was murdered. Currently, no one owns or lives in the ghost town.

How to Get There: Millican, Ore. is located on Highway 20, also known as Central Oregon Highway. It’s easily accessible as you drive from Bend to Riley. But be warned that some consider it an unlucky place, and you may not want to stay for long.

About: Greenhorn is a beautiful ghost town in a remote mountain location in Oregon. In 1912, the town was deeded, and from 1910 to 1915, it was a hub for gold mining. But it ceased to exist after the 1942 gold mining ban.

Today, you can visit numerous cabins and buildings that remain. Strangely, the old jail moved to nearby Canyon City, where you can still find it, due to court disagreements between Grant County and Baker County.

How to Get There: Straddling the Blue Mountain Ridge, Greenhorn is directly west of Sumpter. It lies in the middle of nowhere, and you must take quite a few back roads from Highway 7 or Highway 20 to reach the ghost town. County Road 533/NFD Road 400 runs through Greenhorn.

Experience the Creepy Side of Oregon

There’s something creepy about emptiness. You can walk the same grounds as early settlers, which is cool in its own right. But there’s something mysterious and even chilling about the emptiness of ghost towns.

Will you travel to Millican, where a murder took place? Or will you stand before the Greenhorn jail in Canyon City? Choose to experience the creepy side of Oregon by exploring a few of these ghost towns on your next road trip. 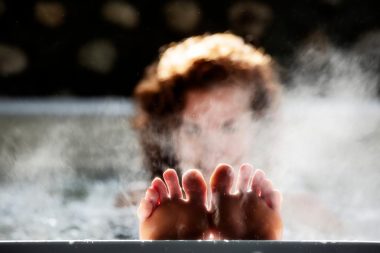 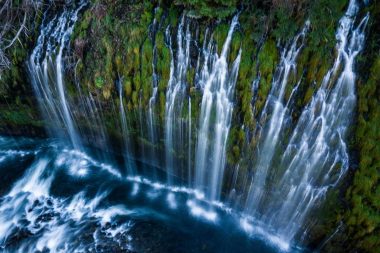