Home Northeast New York Did You Know These Famous People Are From New York?

New York is home to many things, including the Statue of Liberty, Niagara falls, and the Adirondack Mountains. However, there are quite a few famous people from New York. So which celebrities call the Empire State home? Let’s look and see how many names you recognize on our list!

The state of New York is a beautiful city that often gets underappreciated. Almost half of the state’s roughly 20 million residents live in New York City. As a result, many people don’t look much past the Big Apple when they think of New York. However, the Empire State has a rich history and has plenty to offer outside of “the city so nice, they named it twice.”

New York was the 11th state and was founded in 1788. However, thousands of years before its statehood, Mohawk, Cayuga, Oneida, and Seneca Native American tribes settled on the land. In 1624 a group of Dutch settlers established themselves on Manhattan Island in a colony they called New Amsterdam. However, once the British gained control of the island, they renamed it New York.

While many tourists experience little more than NYC when visiting, the state is home to some of the most beautiful landscapes in the entire country. Many fail to realize that most of the state is primarily farms, forests, rivers, mountains, and lakes. It’s hard for many tourists to imagine when all they see is the massive skyscrapers and crowded sidewalks of downtown NYC.

Why Do Famous People Live in New York?

Many famous people in the entertainment and business industries live in New York. This is mainly because New York City plays a significant role in both sectors. The Big Apple is home to Broadway, Wall Street, and various TV and music production studios. With the hustle and bustle of the city, many celebrities find it much easier to maintain their privacy than living in the bright lights of Hollywood.

Traveler’s Tip: While in NYC take some time to relax in the AIRE Ancient Baths.

Several famous people call New York home. They may have homes in other cities or even other countries, but New York City has a special place in the hearts of many of these famous people. Let’s take a look!

Jacqueline Kennedy Onassis was born in Southampton on July 28, 1929. She’s most famous for serving as the first lady from 1961 to 1963. Her husband, President John F. Kennedy, was assassinated in Dallas, Texas, on November 22, 1963. During her time as the first lady, she won the affinity of many worldwide for her fashion sense, beauty, and positivity.

After the assassination of President Kennedy, Jaqueline moved into a New York City apartment where paparazzi and tabloids stalked her religiously until she died in 1994.

Lucille Ball was born in Jamestown on August 6, 1911. She was a famous actress who won five Primetime Emmy Awards. While modeling was what started her career, many mostly recognize her for her role as Lucy Ricardo on “I Love Lucy” and “The Lucy Show.”

Ball died in 1989 and is lying in interment in Forest Lawn Memorial Park in Hollywood Hills, Calif. However, in 2003, her ashes were moved to Lakeview Cemetery in her hometown of Jamestown.

Allan Stewart Konigsberg, better known as Heywood “Woody” Allen, was born at Mount Eden Hospital in the Bronx. His family lived in the Brooklyn neighborhood of Midwood.

When he was 17 years old, he went through the process to legally change his name to “Heywood Allen” and would eventually adopt the nickname “Woody.” He’s most known for being a motion-picture director, screenwriter, actor, comedian, playwright, and author.

Ferdinand Lewis Alcindor Jr., also known as Kareem Abdul-Jabbar, was born in Harlem on April 16, 1947. He’s among the greatest basketball players ever to have played in the National Basketball Association (NBA).

He played 20 seasons throughout his career for the Milwaukee Bucks and Los Angeles Lakers. His trademark skyhook shot helped him to become a six-time NBA Most Valuable Player, 19-time NBA All-Star, and a 15-time All-NBA Team member.

Abdul-Jabbar could do more than shoot on the basketball court, as he was also an 11-time NBA All-Defensive Team member. During his 20-year career, he was on six NBA championship teams and was later on the coaching staff for two more championships.

Colin Kelly Jost was born on June 29, 1982, in Staten Island. He’s a comedian, actor, and writer that’s most famous for his role on Saturday Night Live’s Weekend Update. Jost’s comedic career skyrocketed due to his hard-working ethic and raw talent.

He began dating famous actress Scarlett Johansson in May 2017 and the two married in October 2020. The couple welcomed their son in August 2021. Jost continues to live in New York, but he and his family split their time between New York City and Los Angeles for his and his wife’s respective careers.

Robert John Downey Jr. was born in Manhattan on April 4, 1965. His parents were both in the film industry, and Downey would play a role in some of their films from time to time. He had a rather challenging upbringing, as drugs played a central role in his family environment. His parents divorced in 1982, and his mom relocated to California with Downey.

However, he dropped out of school to move back to New York in hopes of pursuing a possible career in acting. While his life went through several highs and lows, he’s most recently known for his role as Tony Stark in the “Iron Man” and “The Avengers” blockbuster movies.

Barbra Streisand was born in Brooklyn on April 24, 1942. She’s famous for her incredible singing, acting, and directing talents and maintains the title of being the best-selling female recording artist in history.

She came on the scene in October 1964 when she released her album, “People.” Streisand continued to cement her presence in the entertainment industry when she won two Emmy Awards in 1965 for her television special “My Name is Barbra.”

Benjamin Edward Meara Stiller was born in New York City on November 30, 1965. He’s an actor, comedian, and filmmaker. He’s received multiple awards throughout his career, including an Emmy Award, Teen Choice Award, and several MTV Movie Awards. Some of his most notable movies include “Zoolander,” the “Meet the Parents” films, and his “Night at the Museum” trilogy.

Jennifer Lynn Affleck (Lopez), also known as J.Lo, was born in the New York City borough, the Bronx, on July 24, 1969. Her early career started as a dancer for MC Hammer, New Kids on the Block, and other music sensations of the time. She landed a role as a Fly Girl on “In Living Color” with celebrities Jamie Foxx and Jim Carrey. It’s this position that got her noticed and rocketed her career.

While her career in the film industry put her on the map, she continued to experience success as she entered the music industry. She’s not a worldwide sensation but maintains that she’s still Jenny from the block.

Traveler’s Tip: Get the celeb experience by visiting these luxurious Castles in New York.

Why Do So Many Actors Come From New York?

New York has a tremendous reputation for offering opportunities for stage actors. The city is ripe with culture and inspiration to help creative minds to express themselves. There’s no better place to be when it comes to theater productions.

It’s no wonder you hear of so many actors having shared apartments or being in the same class together, especially in New York. If you’re interested in acting, it’s either New York or LA. If you ask many of these celebrities, they’d likely choose the Big Apple. 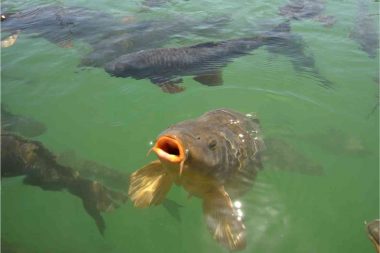 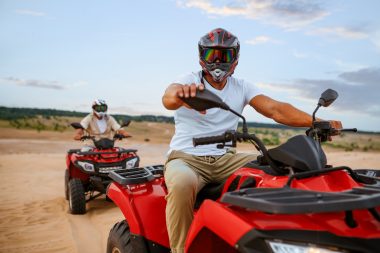 Take a Below Ground ATV Tour at Mines and Meadows