Famous People You Didn’t Know Were From New Mexico

New Mexico has long been a destination for those hassled by the stresses of daily life. It offers relaxation and a bit of magical inspiration, which can be found in its landscapes, art, and cuisines. But you may not know that many successful Hollywood stars got their start in this southwestern state. Let’s see if you know any of these famous people from New Mexico.

New Mexico, otherwise known as the Land of Enchantment, is one of the Rocky Mountain states. Its mountain range runs through the state’s northern quarter and ends with the Sangre de Cristo Mountain range near Santa Fe. It’s the fifth largest state, but only the 36th largest population, with just over 2 million residents.

Its capital is the oldest in the nation, as Santa Fe was established in 1610 by the Spaniards. When New Mexico gained its independence from New Spain, although now under the control of Mexico, the region opened up travel to and from the United States.

The Santa Fe Trail brought more commerce and settlers. After the Mexican-American War in 1848, the U.S. government annexed New Mexico, finally becoming a state in 1912.

With its indigenous, Mexican, and European populations, New Mexico brought many new cultures into the American tapestry. That came with Hispanic and Latino Americans, Navajo and Apache Indian tribes, and 19 different Pueblo Indian tribes. This combination shows in their amazing culinary offerings, artwork, and architectural designs.

Famous People You Didn’t Know Were From New Mexico

With such a small general population, New Mexico has produced many residents who have reached the pinnacle of success. These famous sons and daughters were born and bred in the Land of Enchantment.

Traveler’s Tip: Make like a celebrity in New Mexico and enjoy some luxury time in these Best Natural and Man-Made Hot Springs.

About: A television, film, and stage actor, Neil Patrick Harris has also become the voice for several video game characters. He’s also been a television host for awards shows like The Emmys, The Tonys, and The Academy Awards.

Born in 1973, his first big gig was as a teenage doctor in the TV series “Doogie Houser, MD.” He’s been acting, singing, dancing, and directing in virtually all entertainment venues ever since.

What Most Known For: As a young actor, Harris became well-known for his betrayal of a teenage doctor in TV’s “Doogie Houser, MD.” As he grew, so did his opportunities for television, film, and stage productions.

He spent nine years as Barney Stinson in “How I Met Your Mother” on the small screen and won a Tony Award for “Hedwig and the Angry Inch.”

Which City From in New Mexico: Neil Patrick Harris was born in Albuquerque. He spent some of his younger years in Ruidoso, and returned to Albuquerque to complete high school.

About: Raised in a somewhat chaotic family, Moore moved quite a bit as a child. She left home and high school at age 17, eventually signing on as a model. Her big break into film came with the movie “St. Elmo’s Fire,” and she went on to make “About Last Night” and “Ghost,” among several other offerings.

She has been married three times, with her last two marriages being high profile. Demi and Bruce Willis have three daughters, and her last husband, Ashton Kutcher, is also a well-known actor.

What Most Known For: Best known for her role in the movie “Ghost” and her first television appearance on the soap opera “General Hospital.” She was also a member of the “Brat Pack.”

Which City From in New Mexico: As one of the famous people from New Mexico, Demi Moore was born in Roswell, but her parents moved often, taking her from New Mexico to Pennsylvania and California. She returned to Roswell at age 14 to live with her grandmother.

About: Beginning an acting career at age 10, Demi Lovato was in the “Barney & Friends” television series for two years. They picked up a record contract, showing their singing talents in two movies with the Jonas Brothers.

From this, they became a singer, songwriter, and actress by 18. Lovato has since become the youngest judge on “X Factor” and been a part of many television series, like “Sonny With a Chance” and “Princess Protection Program.”

What Most Known For: Demi’s big break came when they were cast in the “Camp Rock” movies with the Jonas Brothers. Their most touted record release includes the song “Sorry Not Sorry.”

Which City From in New Mexico: Born in Albuquerque, Lovato was raised in Dallas, Texas, after their parents divorced when they were two years old.

About: Starting with aerobics as a teenager, Holly Holm quickly began training in boxing when someone spotted her talent. She had a career as an amateur kickboxer and a professional boxer and became the bantamweight champion of mixed martial arts.

She has held several titles in all three disciplines and became known as the world’s world’s best women’s welterweight champion.

What Most Known For: Holm was a champion mixed martial artist who competed in the Ultimate Fighting Championship series.

Which City From in New Mexico: Holm was born in Albuquerque and spent her formative years there, leaving after her first year of college at the University of New Mexico.

About: Beginning life as the child of an Army captain, Denver moved frequently. At age 11, his grandmother gave him a guitar and his music and songwriting career began.

He sang with a folk group, then followed a solo career that grew in worldwide status. From acting gigs to Top Ten tunes, John Denver became known as an American Treasure.

What Most Known For: Songs like “Rocky Mountain High” and “Country Boy” are some of Denver’s most popular tunes. He was also an avid environmentalist.

Which City From in New Mexico: John Denver was born as Henry John Deuschendorf, Jr. in Roswell while his father was at Roswell Army Air Field.

About: Graduating from a New York Fine Arts high school, Grenier knew his path long before his contemporaries. He left college early to pursue an acting career, and within two years, he was garnering parts in movies.

But his big break came in 2004 when he was cast as an actor living the good life with his old friends in Los Angeles in the television series “Entourage.” It ran for seven years.

He has also had some nice roles in films like “The Devil Wears Prada” and is the creator of Wreckroom, a music incubator and sound studio in New York.

What Most Known For: Adrian Grenier is best known for his portrayal of Vincent Chase in the HBO series “Entourage.”

Which City From in New Mexico: Greiner was born in Santa Fe but raised in New York City, where he attended Fiorello H. LaGuardia High School of Music & Art and Performing Arts.

About: Growing up in a family of seven children, the Hanna family moved around quite a bit until settling in Watts, Calif. William enjoyed music, playing bands, and was talented at drawing.

He eventually worked at a company that created tile cards for motion pictures. They put his art skills to work, and Hanna took an interest in the animation and music used in cartoons. He soon collaborated with Joseph Barbera to create their own animation studio, producing many well-known classic cartoons.

What Most Known For: Along with Joseph Barbera, Hanna created the most successful television animation studio, Hanna-Barbera, and produced such classics as “The Flintstones,” “The Jetsons,” “Scooby-Doo,” and “The Smurfs.”

Which City From in New Mexico: Born in Melrose in 1910, William Hanna arrived before New Mexico even became a state.

About: Growing up in a family with plenty of interest (and talent) in racing, Bobby Unser became a champion, as did his brother Al. Their father had a garage on Route 66 in Albuquerque, and it seems they picked up a lot of skills from watching him.

Bobby began racing in Roswell in modified stock cars. He then entered the Pikes Peak International Hill Climb and started racking up wins for 10 championships over his lifetime.

Unser competed on the same Formula One track in Indy that one of his brothers died on, another one has won on (Al had four wins), and where his own son, Bobby, Jr., had finished 5th on. Bobby had three Indianapolis 500 wins under his belt by his passing.

What Most Known For: Unser was a three-time champion of the Indianapolis 500

Which City From in New Mexico: Bobby Unser was born in Colorado Springs, Colo. However, his family moved to Albuquerque when he was one year old. He called it his home until his death in 2021.

Are There Famous People Who Currently Reside in New Mexico?

New Mexico is famous for its stunning desert landscapes and gastronomic delights. It has produced some of the most successful individuals.

Though there are dozens of famous people who were born in New Mexico, many others recognize the lure of this land of enchantment and moved to this southwestern state. They include Julia Roberts, who lives near Taos, and Ted Turner has two huge ranches. One is outside Truth or Consequences and the other east of Raton.

Val Kilmer lives in Santa Fe, Ted Danson and Oprah Winfrey have houses in Tesuque, and Shirley MacLane has a ranch near Abiquiu.

With just this sampling, have you considered visiting this intriguing state to see what all the fuss is about? 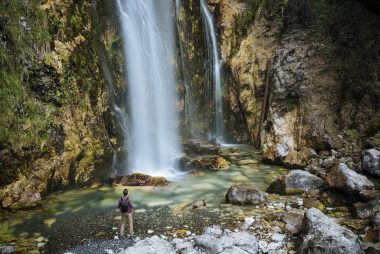 Epic Colorado Waterfalls You Have to See at Least Once 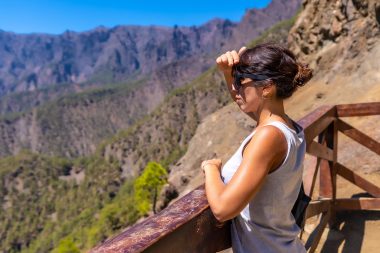 10 Weird and Unusual Things in Montana