Did You Know These Famous People Are From New Hampshire?

When you think of famous people, you often think of states like California and New York. One of the last states that’s likely to come to your mind is New Hampshire. However, learning about several famous people from New Hampshire may surprise you.

Let’s see how many famous New Hampshirites you know!

What Is New Hampshire Famous For?

The Granite State of New Hampshire has many different things that make it famous. It was the first state to declare independence from England in 1775 and created the first wind farm in the United States in 1980.

It also has Mount Washington, the highest peak in the Northeastern United States. The state also has a reputation for having some delicious maple syrup, of which they produce 90,000 gallons each year.

Why Is New Hampshire Called the Switzerland of America?

A minority of people refer to New Hampshire as the “Switzerland of America.” Early visitors to New Hampshire felt the White Mountains resembled the mountains throughout Switzerland. However, many people think it feels like a bit of a stretch, and the nickname isn’t widely used, especially among residents.

However, it seems many places in the country have received the nickname, including Ouray, Colo. This small Victorian-era mining town sits nestled in the San Juan Mountain range in the Southwestern part of Colorado.

Traveler’s Tip: Learn more about the state of New Hampshire and visit the not-so-secret swimming hole in Lower Falls.

New Hampshire is responsible for some famous people in various industries. From presidents of the United States and astronauts to comedians and actors, let’s see how many of these famous New Hampshirites you recognize.

Alan Shepard was born Nov. 18, 1923, in Derry, N.H. He is most known for being the first American in space. In 1961, Shepard flew the Mercury Freedom 7 spacecraft on a 300-mile suborbital flight.

He was supposed to be a part of the Apollo 13 mission but got bumped to give him more time to train. However, if you saw the movie “Apollo 13,” you’ll likely remember he played a major role in helping to get the astronauts back home.

Mandy Moore was born on April 10, 1984, in Nashua, N.H. She’s a singer, songwriter, and actress who began appearing in the entertainment scene in the early 2000s.

Her most famous movies include “A Walk to Remember” (2002) and “The Princess Diaries” (2001). However, more recently, she played the role of Rebecca Pearson in NBC’s hit TV show “This Is Us.”

Adam Sandler was born Sept. 9, 1966, in Brooklyn, N.Y. However, Sandler moved to Manchester, N.H., at age six and attended Manchester Central High School. He’s a singer, songwriter, and actor. He was on “The Cosby Show” in 1987, but his career rocketed when he became a writer on “Saturday Night Live” in 1990 and joined the cast in 1991.

He went on to experience tremendous success in the ’90s with movies like “Billy Madison” (1995), “Happy Gilmore” (1996), and “The Waterboy” (1998). Sandler created Happy Madison Productions and signed a massive $275 million four-movie deal with Netflix.

Franklin Pierce was born Nov. 23, 1804, in Hillsboro, N.H. Pierce was heavily involved in New Hampshire politics but is most famous for serving as the 14th president of the United States. He served from 1853 to 1857.

Within weeks of taking office, President Pierce’s family experienced a train accident where their 11-year-old son, Benjamin, was crushed to death. This likely greatly affected President Pierce during his time in office.

Paul Michael Levesque, more famous as WWE’s Triple H, was born July 27, 1969, in Nashua, N.H. Triple H began wrestling in the International Wrestling Federation (IWF) in 1990. He moved on to World Championship Wrestling (WCW) from 1994 to 1995 and then landed at World Wrestling Federation (WWF, now WWE) in 1995.

Levesque went through several character and brand changes during his career but settled on Triple H in the early 1990s. He married Stephanie McMahon, the daughter of WWE’s CEO, Vince McMahon. He was inducted into the WWE Hall of Fame in 2019.

Sarah Silverman was born Dec. 1, 1970, in Bedford, N.H. She’s a comedian, actress, and writer. She played in movies like “Wreck-It Ralph” and “School of Rock” and was a writer and performer on Saturday Night Live for one season.

She became heavily involved in politics around the 2016 presidential election. As a result of the 2020 pandemic, she started “The Sarah Silverman Podcast.” In her podcast, she discusses politics, current events, her personal life, and takes time to respond to call-ins from her audience.

There Are Some Famous New Hampshirites

These famous people prove you don’t have to live in a state with millions of people to become famous. You can be born or grow up in a state with just over a million people and still have a career that rockets you into fame and fortune.

Perhaps it’s not where you come from that determines your success. Which of these famous New Hampshirites surprised you the most? 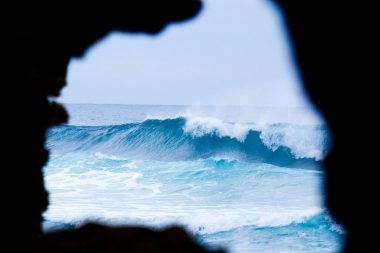 Experience the Marvelous Natural Wonder That Is Purgatory Chasm, RI 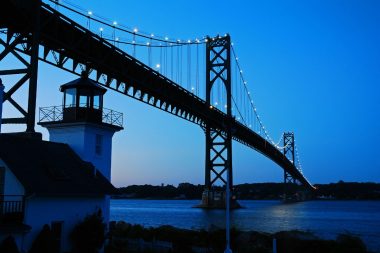