Plan Your Trip to Dunlap, TN

It’s a bold claim to call a place one of Tennessee’s prettiest, but that’s what some say about Dunlap, TN. This small city lies in the heart of what’s known as the Great Valley, in the foothills of the Appalachians.

There’s a lot to discover in and around Dunlap, including sensational views of the surrounding territory. There’s a sense of adventure in the air, too. It’s gorgeous at ground level, but its natural elevations make it a popular taking-off point for aerial sports.

Are you interested in knowing more about Dunlap, TN? Let’s go!

Established in 1857, this city of about 5,300 people is in Sequatchie County in southeastern Tennessee. Today it’s part of greater Chattanooga, but historically it was a center for farming and coal production.

More specifically, Dunlap, TN, produced a material called coke, which was extracted from coal. It was vital to iron production.

Because of its dramatic bluffs and valleys, Dunlap is a major destination for hang gliding and paragliding. The city is known as the Hang Gliding Capital of the East and has even hosted regional championship competitions.

Weather-wise, it gets cold in Dunlap but not too cold. Summers are fairly mild for the Deep South, but temperatures can reach into the 90s. Weather Spark says typical temperatures range from 32 degrees to 88 degrees, and Dunlap gets some snow but not a lot.

Based on weather conditions, the best times for visiting are probably early summer or early fall.

In addition, it’s directly on the path of U.S. Route 127, which forms a major part of the Sequatchie Valley National Scenic Byway.

An even more leisurely way to get to Dunlap, TN, would be along the Sequatchie Valley Blueway. This scenic navigable waterway that winds through the valley toward the Tennessee River is a favorite of kayakers and canoeists. Dunlap is one of several towns with direct public access to the route.

Traveler’s Tip: Head east and continue to explore the countryside of Tennessee by spending a perfect day in Athens.

Things to Do in Dunlap, TN

This being such a beautiful area, we’re going to spend much of our day here outdoors. One of the cool things about Dunlap is that lots of adventures can start right downtown.

It’s not just a quaint shopping area — it’s literally the community’s vibrant center. We’ll start there and work our way out to some incredibly scenic spots on the edge of town and beyond.

Enjoy the Day at Harris Park

This is one of the best places to experience Dunlap’s sense of community. Just off the town square, it’s a small, shiny jewel in the middle of town that all ages seem to enjoy.

You’re likely to see lots of young families enjoying their time at Harris Park. The splash pad is by far the most active area of the park in the summer months.

Away from the action, you can relax in a shaded porch swing or a covered picnic area. There’s a fenced playground, a walking path, and clean restrooms.

The park also has a large pavilion for group events and a stage for live music and other performances.

Take a Hike on the Coops Creek Greenway

That walking track at Harris Park is a nice warm-up, but more serious hikers and bikers stretch out here at Coops Creek Greenway. It’s just a short distance from the park, and you’re likely to see some wildlife.

A joint project between the city and the state, this hike-and-bike trail links Dunlap’s commercial center with unspoiled natural areas. The 10-foot wide paved trail is ADA-compliant and runs alongside Coops Creek.

One of the access points is near the courthouse, at the intersection of Spring Street and Cherry Street downtown. The other is at Coops Creek Bridge. It’s just a two-mile round trip at this point, but there are plans to expand the trail.

Pull Off at the Sequatchie Valley Overlook

For a different perspective on Dunlap, drive a few miles south of the town. You’ll see for yourself why the tourism folks call this one of the state’s most picturesque areas.

A geological feature called Cumberland Plateau is on one side of Dunlap, and Walden’s Ridge is on the other. The narrow divide between them is that “great valley” known as Sequatchie.

This overlook along State Highway 111 offers a commanding view of the valley below that seems to extend for endless miles. If the conditions are right, you’re likely to see some paragliders, too.

Open since 2006, this family-owned Mexican restaurant has been firmly established as one of Dunlap’s favorites. You can expect traditional Mexican flavors served up with a friendly smile in a cheerful atmosphere.

Their south-of-the-border take on egg rolls is a favorite, and so are chicken dishes like Pollo Charro and Pollo Limon. Many of their lunchtime specialties include sides of rice, beans, and tortillas for around $8 or less.

There’s a full bar, so you can wash it down with your favorite beer, wine, or cocktail.

Where to Stay Near Dunlap, TN

We’ll turn to Airbnb for two terrific options on where to call home for a few days in Dunlap. One offers a relaxed vibe in a country setting, while the other is more of a communal experience.

This two-bedroom, two-bathroom log cabin on a clean, quiet lake offers privacy and solitude as well as modern conveniences. “The only reason I gave five stars is because I couldn’t give six,” says one satisfied guest.

Amenities: You can start your day with coffee on the spacious deck overlooking the water. Do some swimming, fishing, or enjoy the kayak and canoe that are at your disposal.

The kitchen is well stocked for cooking at home, and there’s also a washer and dryer. This is a fantastic place to unplug for a bit, but you can also enjoy the Wi-Fi along with the TV and record player.

There’s a private backyard with a fire pit and a grill for outdoor cooking.

It seems like most people are fans of Dolly Parton, but the owner of this property shows her appreciation in a big way. The property is a private room in a four-room suite named in honor of George Jones’ tour bus.

Amenities: With the star on the door that bears her name, you may feel like you’re entering Dolly’s dressing room. The country music-themed décor doesn’t end with this adorable bed and breakfast.

Besides the private bedroom with a queen-sized bed, you’ll have access to 1.5 bathrooms and the laundry room that all guests share. There’s Wi-Fi and a TV with cable, plus a mini-fridge, microwave, and Keurig coffee maker.

Is Dunlap, TN, Worth a Visit?

If you’re like us, you love meeting new people and discovering new places. The lovely little city of Dunlap is a bit out of the way, but only a little bit. It’s a short, scenic drive away from bigger and better-known cities, but we’d say it’s a worthwhile and wonderful diversion.

Plan a detour to Dunlap, TN, for a fresh perspective that includes amazing and memorable views of a beautiful Tennessee valley.

What places do you love to visit in southeastern Tennessee? 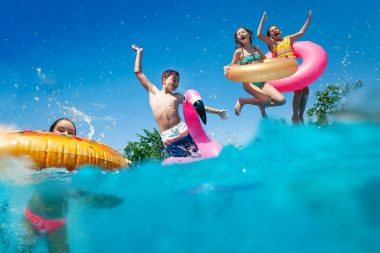 5 Reasons to Make Franklinton, LA, Your Next Getaway 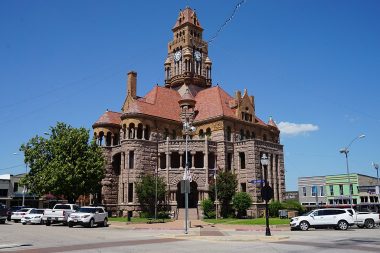 7 Best Things to Do in Decatur TX