The Best Beaches Near Dover, Delaware

Delaware is a state rich in history and full of adventure opportunities. However, sometimes you’re craving a more relaxing vacation full of sand, surf, and sunbathing. For that, we’ve found some great beaches in Dover, Delaware, that provide a fun and relaxing escape.

Today, we’re diving into these Dover beaches and why they’re worth visiting. Let’s get started!

Dover is not only the state’s capital, but with a population of about 40,000, it’s also the second most populous city in Delaware. The capital city sits in the state’s northern third and is approximately 10 miles from the coast.

The city was established in 1683 by William Penn. While the city became official in 1717, it didn’t become the state’s capital until 1777. The state chose this location for its capital because the nearby Delaware River protected it from British troops.

Throughout its history, Dover has hosted many historically significant patriotic events in the city’s square, known as “The Green.” Today, you can still find “The Green,” as it’s home to the Delaware Supreme Court and Kent County Courthouse.

What Is Dover, Delaware, Known For?

One of the most popular attractions in Dover is the Dover Motor Speedway. NASCAR racing fans converge on this area throughout May, but especially as race weekend draws near. The event draws well over 50,000 visitors, so the city’s population easily doubles during this event.

If you’ve ever visited this area before, you know it’s also historically significant. The city was the home of Caesar Rodney, a famous wartime leader during the American Revolution.

While he’s believed to be buried outside the city, his grave’s exact location remains unknown. However, a cenotaph was erected in his honor in the Christ Episcopal Church’s cemetery, which is near The Green.

How Far Is the Beach From Dover, Delaware?

One of the most popular beaches (Pickering Beach) in all of Delaware is less than 10 miles from the center of Dover. You can typically get there in less than 15 minutes. However, a handful of excellent beaches are within 20 to 30 minutes of Dover.

Traveler’s Tip: Sit back in the sand and Sunbathe At the 5 Best Beaches in Delaware.

The Best Beaches Near Dover, Delaware

We want you and your fellow travelers to have a fantastic time exploring the beaches in Dover, Delaware. Don’t waste your time on a beach that’s going to be a bust. Be picky about where you visit. Here are some of the best beaches near Dover, Delaware, all with great reviews. Let’s take a look!

About: Bowers Beach is only a 20-minute drive from Dover. It’s a great place to enjoy a sunrise or sunset and do some beachcombing. Some other popular activities include fishing, boating, and paddleboarding.

While you may want to swim, it can be challenging since the bottom is a mix of sand and mud. Your best chance for swimming here will be during high tide.

You’ll find plenty of horseshoe crabs dotting the sand, which is another reason you might want to think twice about swimming here. If you see one of these creatures upside down, do it a favor and flip it right-side up.

About: Woodland Beach is one of the most interesting and unique cities in all of Delaware. While it was once a thriving coastal city with amusement rides, bars, and restaurants, a massive tidal wave during a hurricane in 1878 wiped out more than 35 miles of its coast. The city lost the amusement park, including a famous roller coaster, and the town has never fully recovered.

Woodland Beach is one of the best-kept secrets when it comes to beaches near Dover, Delaware. Fishermen love the relaxed vibe and lack of tourists. Hop in your vehicle and drive east on Route 6 until you can’t go any farther. You’ll arrive at Woodland Beach and likely feel like you have the place all to yourself.

Traveler’s Tip: Get the inside scoop on how to Visit the Secret Woodland Beach in Delaware to Get Away From the Crowds.

About: Just outside of Milford, Delaware, lies Bennett’s Pier Beach. While there are no facilities, boardwalks, or piers, you’ll end at a small beach. You’ll be just south of Bowers Beach. The northern section of the beach ends at Brockham Bridge.

If you’re looking for a beach to do some fishing at, it doesn’t get much better than here. Anglers frequently catch striped bass as these fish will gather along the shoreline during the spring and fall. In addition, anglers catch croaker, flounder, weakfish, sharks, dogfish, white perch, and puffers.

In addition to fishing, this is a popular spot for those looking to launch kayaks and SUP boards. However, it’s important to take a map with you if you plan to explore. The complex matrix of interconnected tidal creeks can get confusing, and you can easily get lost.

About: If you’re looking for the closest ocean shore, you’ll find it at Pickering Beach. However, there are no amenities, and the water isn’t suitable for swimming. This is a great place to relax and enjoy the sound of the waves to help you relax. Bring a book, soak up the sun, and breathe in the salty, fresh air.

Something to be aware of when visiting Pickering Beach is that parking can be challenging. There aren’t many spaces available, which can become problematic on weekends during the summer.

In addition, horseshoe crabs are in abundance at this beach. Many visitors spend their time walking the beach looking to help horseshoe crabs who have landed on their backs. Make sure you lend a hand too.

About: Big Stone Beach is a secluded beach that provides many opportunities for bird sightings, sea glass, and shells. Don’t let its name deceive you; there are no big stones on this beach. The beach gets its name thanks to local Sabellaria worms. The formations they create look like big stones. You’ll only see these during low tide in warmer months, however.

Visitors to the beach will likely spot the 70-foot steel observation tower. This tower was erected during World War II, along with four other towers at South Bowers Beach, Cedar Beach, Fowler Beach, and Broadkill Beach. However, the tower is closed to the public.

A word of caution to guests: Local residents are rather territorial over this beach and protecting it. Parking can be hard to come by, and visitors must avoid trespassing on private property to access the beach.

Are Beaches Near Dover, Delaware, Worth Visiting?

Take the time to rest and recharge your batteries while listening to the crashing waves at the beach. Bring your sand toys and keep the kids entertained all day. Just make sure you put on sunscreen and reapply regularly!

Which Dover, Delaware beach will you visit first? 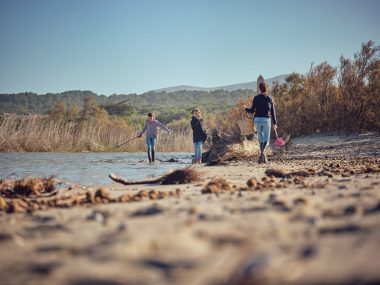 Add the James Farm Ecological Preserve to Your List 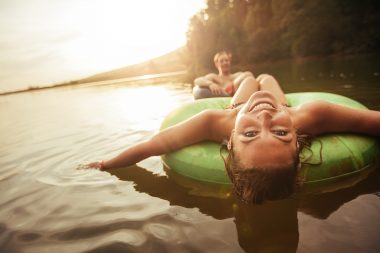