Many communities have a dark past, often reflecting an uglier, more violent, and less tolerant time in American history. But the small community of Dingess in southwestern West Virginia has a darker past than most. It centers around the Dingess Tunnel outside of town, the site of countless acts of violence and intolerance in the late 19th and early 20th centuries.

Unfortunately, few know the true story of this shameful part of “Bloody Mingo,” as people called the county. So please read on as we take a closer look at the troubling events at the Dingess Tunnel.

Where Is Dingess Tunnel?

The Dingess Tunnel is less than half a mile southwest of the tiny West Virginia community of Dingess. Dingess is part of Mingo County, making up part of West Virginia’s southwestern border with Kentucky.

The community is less than 15 miles from the border but nearly 70 miles from Charleston, the state capital. Outside of town, Dingess Road/County Highway 3 turns into Old NW Railroad Bed Road as it enters the single-lane tunnel.

The founders established Dingess in the mid-19th century, with logging and mining as the primary draw to the remote, mountainous area. This remoteness contributed to the area’s “lawless” reputation, with frequent murders, robberies, and other crimes among the rough-and-tumble residents.

The community saw a transformation in 1892 with the construction of the Dingess Tunnel to cut through some of the area’s imposing hills.

Who Built the Dingess Tunnel?

The Norfolk and Western Railways built the Dingess Tunnel. They had been expanding in the West Virginia area since the early 1880s. By building Dingess Tunnel, the company hoped to expand its business in the area’s booming coal industry.

A mixture of Italian and Chinese immigrants and African Americans primarily did construction. Many set up their homes in the nearby community of Twelve Pole, dramatically changing the size and composition of the once-small town.

How Long is Tunnel?

Varying measurements put the length of the Dingess Tunnel at roughly 3,300 feet, depending on the exact starting point. That’s under two-thirds of a mile, not too long compared to many tunnels, especially more modern ones. However, that distance can feel much longer when traveling down a single lane, hoping no one has entered on the other side!

What Is the Dark History of the Dingess Tunnel?

Dingess Tunnel has contributed its share of dark moments to local history, even for “Bloody Mingo” County. As with many remote, rural boomtowns of the time, locals resented the influx of foreigners and outsiders, leading to a regional reputation for racist and vigilante violence.

Local stories tell of armed men “picking off” undesirable travelers as the train exited the tunnel, a tactic that reportedly resulted in hundreds of killings. Other instances of vigilante violence include masked men stopping trains to remove and execute African Americans or other minorities.

Unfortunately for the victims, few of the perpetrators faced justice for their crimes due to the area’s insular, protective community.

Beyond these deliberate acts of violence, the single-track tunnel also saw at least two significant collisions, resulting in at least ten deaths. This occurred during only 13 years between the tunnel’s opening and a phasing-out that began in 1905.

The area’s dangerous reputation and improvements in rail technology led Norfolk and Western to develop a safer route along the Tug Fork River. However, even after the railway’s departure, the area remained notoriously dangerous for decades, including to law enforcement.

Traveler’s Tip: Need an excuse to visit West Virginia? Use these 7 Reasons to Make Clendenin, WV, Your Next Getaway.

Can You Drive Through the Tunnel?

Yes! If you live in or want to visit Dingess, the Dingess Tunnel is still the primary way in and out of town. People have been traveling through the tunnel since shortly after it fell out of official use.

The tunnel has seen upgrades recently, including a resurfaced road and improved lighting, but remains one relatively snug lane. That means it’s crucial to take it slowly and ensure no other cars are coming before you enter, as it can take about two minutes from one side to the other while traveling at a safe speed.

Is Visiting the Dingess Tunnel Worth It?

While Dingess Tunnel is undoubtedly unique, it may not be for everyone. Those uncomfortable in tunnels or closed-in spaces should skip a visit here. While the area is nowhere near as wild or dangerous as it once was, it’s understandable if its violent history unsettles some.

Dingess Tunnel is, without a doubt, remote. Therefore, it’s better to visit as part of a broader trip through West Virginia than a destination on its own. With all this in mind, Dingess Tunnel is an excellent choice for many visiting southwestern West Virginia or northeastern Kentucky. This is especially true for those interested in history or engineering.

Many marvel at the feats of manual labor that must’ve been required to build this structure more than a century ago. There’s an undeniable uniqueness to traveling through a remote West Virginia mountain on an old-school, reportedly haunted former railway track.

Finally, a visit can pay tribute to the many who died in the shameful history of Dingess Tunnel. While the opportunity for justice may have passed, it’s critical to remember and share the story. It is an example of what can happen when fear and intolerance of outsiders are taken to the extreme.

Would you drive through the Dingess Tunnel? 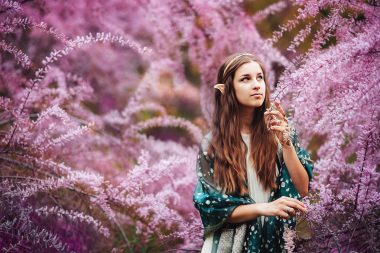 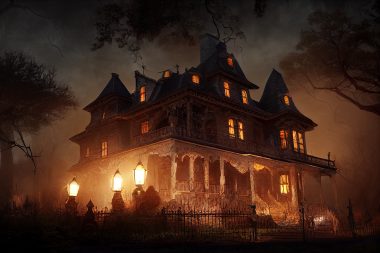 The History of the Haunted Captain Grant's Inn