Home South Alabama 9 Best Things to Do in Cullman, Alabama

Venturing off the beaten path on Interstate 65 South, travelers may discover the quiet town of Cullman, Alabama. This small community has a thriving spirit. Its historical past has laid the foundation for today’s thriving community and envious location in the foothills of the Appalachians. Let’s take a look.

Lying halfway between Birmingham and Huntsville, Cullman, Alabama, is a German settlement started in 1873 by Colonel John G. Cullmann. He successfully enticed German immigrants to come to the area. The town still retains many of its original families, businesses, and schools.

What is Cullman, Alabama, Known For?

For many years, Cullman has been known as a college town, home to Southern Benedictine College. And 10 years ago, the town made national news for taking a direct hit from an F4 tornado. They’ve since rebuilt downtown and even expanded it to include great shopping venues and restaurants. But its most popular attraction is the Ave Maria Grotto, a four-acre park at Alabama’s only Benedictine abbey.

Here are our top nine attractions to visit while in Cullman.

This unique destination was built into the hillside of a quarry on the Benedictine Abbey grounds in Cullman, Alabama. The Ave Maria Grotto houses 125 small stone and cement structures created by Brother Joseph Zoetl. Each is a replica of a famous building somewhere in the world. Some are religious structures, like St. Peter’s Basilica in Rome, and others aren’t, like the Great Wall of China. It’s definitely worth a look at this fascinating world of miniatures.

Crooked Creek became much easier to cross with the completion of the Clarkson Covered Bridge in 1904. It’s now on the National Register of Historic Places, but only after a lot of effort. In 1921, a storm tore the bridge in two. Fortunately, people recovered the missing half downstream and returned the bridge to its former glory within a year. The covered bridge occupies a park in Cullman, along with an old grist mill and dogtrot log cabin.

Water sports are all the rage at Sportsman Lake Park. You can rent paddle boats and kayaks or feed the fish in this shallow lake. Kids love to ride the small-scale train that runs the circumference of the lake, and they play non-stop in the newly opened splash park. Visitors will also find a putt-putt course, campground, and picnic areas.

Enter a replica of founder John Cullmann’s home to discover his namesake city’s connection to the Black Warrior’s Path of the Cherokee Nation, the town’s role in the Civil War, and much of the natural history of the area. The Cullman County Museum is located downtown, within walking distance of many of the town’s historic attractions. The museum also showcases Swiss architectural design in the narrow front porch and gingerbread trim. Learn about the Civil War, natural history, and more right here.

Established in 1891, St. Bernard Abbey welcomes visitors for tours and hosts retreats and conventions. The monks added a school to the abbey one year after its opening. Today St. Bernard Preparatory School students still study in its halls. The Benedictines say they are “known for their hospitality,” so stop by and join the monks for Mass or check out the historic buildings.

6. Make a Stop at Smith Farms

Nestled in the Appalachian Foothills, Hurricane Creek Park offers four miles of hiking trails through Hurricane Creek Gorge. Waterfall cascades attract many visitors, and rock climbers will find several formations to scale. Check out the Stairway to Heaven and Twilight Tunnel when exploring the park.

Cullman County Museum hosts guided tours of downtown Cullman, Alabama. But if you have an independent bent and want to explore on your own, take a look at a self-guided tour of the churches in town. Not only will you experience several denominations, but you can discover numerous differences in architecture as well. And for those more enthralled with hair-raising tales, sign up for an eerie tour with the Southern Ghost Girls to visit spooky haunts.

One of four national forests in Alabama, the Bankhead National Forest harbors “the land of a thousand waterfalls.” Their source, the Sipsey River, is listed as one of America’s National Wild and Scenic Rivers and offers fishing, swimming, and canoeing. As historic land to the Cherokee, Creek, and other Native Americans, Bankhead National Forest is also home to many petroglyphs and rock carvings.

Cullman, Alabama, makes the most of its scenic location, surrounded by rolling foothills and forested lands. Parks, lakes, and historic attractions all provide visitors with a taste of Southern charm and hospitality. Would you visit this historic and scenic town? 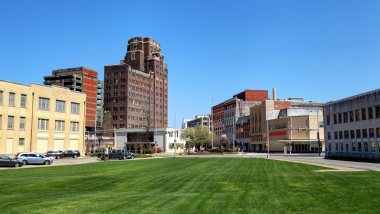 9 Remarkable Things to Do in Meridian, Mississippi 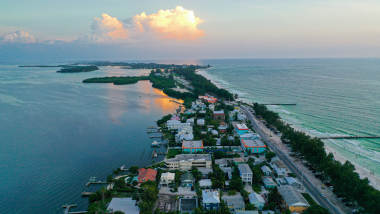