Creepy Abandoned Places in Maine You Have to Visit

Maine isn’t just about lobsters and lighthouses; it can be a ghosthunter’s paradise. With all the rural areas in the state, you can find plenty of creepy abandoned places to explore. Many have interesting stories behind them as well.

So, where are these abandoned places in Maine? And is it even legal to explore them? Keep reading to find out.

Are There Any Ghost Towns in Maine?

Luckily, Maine has a plethora of ghost towns ripe for exploring. These include locations like Perkins Township (on Swan Island, Maine), Freeman, Madrid, Flagstaff, Askwith, Ligonia Village, and Riceville. Each one has a unique story and creepy happenings.

For example, Perkins Township was abandoned in the 1940s due to the pollution of the surrounding Kennebec River, leaving partially furnished homes behind. It seems as if they left in a hurry.

Freeman is an equally interesting town to visit. It was built during the time of the Revolutionary War after the city of Portland burned to the ground. Portland’s residents relocated there and created a flourishing town with churches, train stations, schools, and various businesses.

Nevertheless, it experienced serious decline toward the end of the 19th century and was disincorporated in the 1970s. You can still visit the remnants of buildings to this day, including a very creepy cemetery.

Is It Illegal to Go Into Abandoned Buildings?

Can you legally go into abandoned buildings? Always ask this question before you set out on your adventures.

The general rule of thumb is: if it’s private property, stay out unless you have direct permission from the owners. An individual or organization still owns many abandoned buildings, so avoid trespassing if this is the case.

Nevertheless, some abandoned buildings are open to the public. If so, they’ll likely have clear signs and information about the structure and its history. And if you’re not sure, just ask.

Traveler’s Tip: Continue your creepy road trip in New England and hit up these 5 Abandoned Places in Connecticut.

The Creepiest Abandoned Places in Maine

Ready for the 11 creepiest abandoned places in Maine? Grab a drink, get out your itinerary, and keep scrolling.

What Makes It Creepy: Battery Steele is an abandoned fort built in 1942 during World War II. One of the largest batteries ever built in the United States, this spooky, dark fort is open for all to explore.

Afterward, take the day and explore Peaks Island. It has natural beauty, fun boardwalk trails, and a spooky fort.

What Makes It Creepy: Built in the 1940s, Loring Airforce Base was once an active facility that housed B52s and even stored and tested nuclear weapons.

It was also set up for heavy bombers, interception, and refueling. At its peak, it covered 10,000 acres before closing in 1994 and is now one of the largest abandoned facilities in the country.

If you feel like driving up to Limestone, Maine (300 miles north of Portland), you can explore this massive, overgrown Air Force base. Just don’t set up camp on the runway because, according to local police, it’s still active.

Location: B52 Memorial, GHH8+54, Beaver Cove, Maine. The back roads are a bit rough, leading to the trailhead.

What Makes It Creepy: Are you interested in visiting the remains of a plane wreck on your tour of abandoned places in Maine? If so, this one is for you.

On Jan. 23, 1963, a U.S. Air Force B-52C Stratofortress crashed into the side of Elephant Mountain. The plane experienced turbulence and mechanical issues during a training mission. The pilot and the navigator survived the crash. And the navigator, Gerald Adler, was the only person ever to survive being ejected from a plane without a parachute opening.

Sadly, the seven others aboard died in the wreck. Now, you can hike to the memorial plaque sitting amongst the wreckage. While you may find some places on our list creepy, this is a solemn abandoned plane crash site that you should treat with respect.

What Makes It Creepy: The Kennebec Arsenal is a complex of eight Greek and Gothic Revival buildings with a haunting past. It lies along the Kennebec River in the capital city of Augusta, Maine.

Used as the Augusta Mental Health Institute from 1905 to the early 1970s, this property is plagued by stories of abuse, death, and isolation. Before the deinstitutionalization of the 1970s, anyone with a mental disability had to live in this institution and stay out of the public eye.

Unfortunately, this cruel segregation made it possible for the state to hide the countless atrocities that happened behind those walls, which eventually resulted in a successful Class Action Lawsuit. The buildings stand as a stirring reminder of the past. You can explore the grounds as long as you keep out of the buildings.

What Makes It Creepy: You might have already heard of Mount Hope Cemetary. Known as one of the most haunted places in Maine, Mount Hope is referenced in multiple Stephen King novels, including “Pet Sematary.”

It’s also the resting place of many prominent figures, including President Lincoln’s vice president, Hannibal Hamlin, and several U.S. Ambassadors. Many visitors report a haunting presence, including “cold spots” appearing out of nowhere.

Traveler’s Tip: Besides the famous Stephen King, did you know these celebrities from Maine?

What Makes It Creepy: You won’t be able to visit the historic Pocomoonshine Lake without hearing stories of the Pocomoonshine Lake Monster. According to legend, this serpent-like creature reaches 30-60 feet long and about four feet wide.

Historical records hypothesize that it can leave the water like an eel and make its way across the marshes between the lakes. Of course, we have no definitive proof that this lake monster exists; I guess you’ll just have to make your way up to Princeton, Maine, and find out for yourself.

What Makes It Creepy: Wood Island Lighthouse was built in 1839 and is still an active lighthouse today. The eleventh-oldest lighthouse in the nation sits on the eastern edge of Wood Island in Saco Bay. This isn’t what makes it creepy, however.

In the 1890s, a murder-suicide happened here. A fisherman and part-time policeman approached a man living on his property who hadn’t been paying his rent. The confrontation turned sour and, with alcohol being a heavy influence, the tenant shot the officer.

Urged by the officer’s wife who witnessed the horrible encounter, the tenant went to the lighthouse keeper for help, but it was too late. Distraught by what he had done, the man committed suicide by the same gun shortly after. Many people believe that both men still haunt the lighthouse to this day.

What Makes It Creepy: Most University of Southern Maine students have heard the stories of Robie-Andrews Hall and its haunting past. One story claims that a pregnant student hung herself on the 4th floor of the dormitory after her boyfriend left her.

Another claims that a female student fell (or someone pushed her) off the belfry tower after becoming homesick and not hearing back from her parents. Since then, students have reported strange happenings, including random cold spots in the building, footsteps or furniture moving around in the attic, and even apparitions.

What Makes It Creepy: Fort Knox is a historical monument taller than the Statue of Liberty. They built it in the mid-1800s as a coastal defense fortress during the Civil War and named it after Major General Henry Knox.

Luckily, Fort Knox is open to the public year-round, but you might want to think twice before entering. Visitors have reported hearing ghostly voices, unexplained laughter, and heavy breathing. Some people have even caught strange happenings on camera.

Others claim they saw ghostly figures and felt invisible hands touching them. You can see for yourself if this is real — if you dare.

What Makes It Creepy: Brownsville Road Bridge is perhaps one of the most haunted places in Maine. It goes through Millinocket, a small town of about 5,000 people with a creepy past.

Some say the spirit of a missing woman from the 1950s haunts the road. She and her newlywed husband accidentally veered off the road one night and into the creek but surprisingly avoided injuries. Her husband went off to get help, but when he returned, she was missing.

In fact, they never found even a trace of her; no body, no belongings, nothing. Passersby still claim to see the woman’s ghost walking along the road and crossing the bridge. She even has a name: The White Lady of Millinocket.

What Makes It Creepy: You couldn’t call this one of the abandoned places in Maine, but it still looks creepy. Author Stephen King still lives in this blood-red mansion along West Broadway in Bangor.

The home sits close to the street, making it easy to see. Old Victorian-like houses line the neighborhood, but King’s stands out the most. It has a wrought-iron fence with spider webs, bats, and a three-headed reptile.

Unfortunately, you can’t tour the mansion, but the haunting presence it emits feels like something out of one of his novels. As a result, die-hard Stephen King fans flock there to catch a glimpse of the infamous author.

How Do I Find Creepy Abandoned Places Near Me?

Each state has its own spooky attractions, and one Google search should tell you exactly where to find them. However, you can also begin by looking up the historical landmarks in your area.

These are usually open to the public through visiting hours or tours. And you’ll likely find some legends behind these old, forgotten places.

Either way, visiting the historical landmarks in your community will be enlightening and fun. And just maybe, you’ll catch a glimpse of something mysterious.

Visit the Creepiest Places in Maine — If You Dare!

If you plan a trip to the Pine Tree State, add one or more of these creepy abandoned places in Maine to your list. After all, Maine was one of the first colonized states, and because of its deep, dark history, you’ll find many spooky places in the state. So, what are you waiting for? Grab your map and start planning.

Which creepy place are you most excited about? Let us know in the comments below! 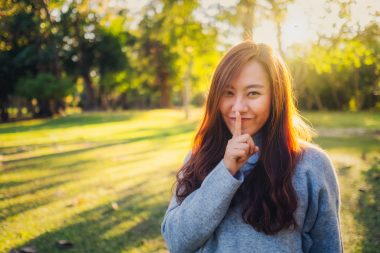 9 Secret Places in Maine to Add to Your Bucket List 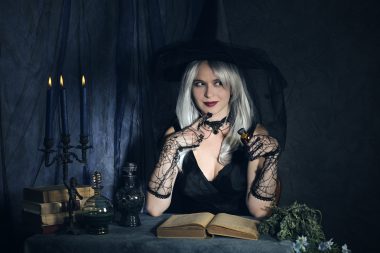