Home South Tennessee 5 Ways to Do Clinton, TN, Like a Local

Is Clinton, TN, on your travel list? When venturing through Tennessee, you’ll find many big cities and small towns worth visiting.

Most often, travelers choose to dive into the music scene of Memphis or Nashville or catch a game in Knoxville and cheer on the Volunteers. Other tourists head for the mountains to enjoy the attractions of Gatlinburg and Pigeon Forge and check out the moonshine distilleries.

But before you make up your mind about your travel plans through Tennessee, take a look at making a small detour to Clinton, TN. This city of about 10,000 residents is part of the Knoxville metropolitan area.

It offers a lot for visitors in entertainment and outdoor recreation. Let’s look at why you should visit Clinton and how you can blend in with the locals. Let’s dive in!

Where Is Clinton, TN?

Clinton is also an hour from Crossville to the west and about an hour and a half from Gatlinburg to the southeast. Norris Lake and Norris Dam State Park lie north of the city.

What Is Clinton, TN, Known For?

Just like much of the Tennessee and North Carolina mountain areas, the Cherokee people inhabited the land in what is now Clinton hundreds of years ago. The first white settlers claimed the area in the late 1700s.

The town was first named Burrville after Aaron Burr, the vice president under Thomas Jefferson. It was renamed in 1809 after Burr was charged with treason. The town then chose the name Clinton to honor George Clinton, the vice president at the time.

Even the National Guard was called in, and two years later, the high school was bombed. The Green McAdoo Cultural Center, once an elementary school, is now a museum dedicated to remembering the incidents.

Traveler’s Tip: If you enjoy going off the beaten path during your travels, check out the 7 Best Small Towns in Tennessee.

5 Best Things to Do in Clinton, TN

Whether you want to learn about history, enjoy the outdoors, or taste the local cuisine, Clinton, TN, has something for everyone. If you travel with kids, they may love the animals at Little Ponderosa Zoo and Rescue.

Or you may enjoy the peaceful setting of Gibbs Ferry Park. Let’s look at five of the best things to do in Clinton, TN, that will make you feel like a local.

Why You Should Visit: The Green McAdoo Cultural Center is dedicated to preserving the history of desegregation in Clinton, TN. When Clinton High School opened its doors to twelve African-American students, they received less than a warm welcome. For two years, it was dangerous for these students to attend classes.

Learn more about their story in a 1950s classroom. Follow life-size pictures and the narrative throughout the museum. At the end of the tour, you can also read the biographies of the twelve students who changed history.

The museum is closed on Sundays but is open Monday through Saturday from 10 a.m. to 5 p.m.

2. Enjoy the Animals at Little Ponderosa Zoo and Rescue

Why You Should Visit: You’ll find the Little Ponderosa Zoo and Rescue for exotic animals just 10 minutes from the Green McAdoo Cultural Center. They also rescue and rehabilitate native animals like raccoons, deer, and owls and release them back into the wild.

By visiting the center, you support their wildlife rescue efforts. Admission costs $15 for adults and $10 for children and seniors.

It also has pony rides, animal shows, and bucket feeds. Little Ponderosa Zoo and Rescue is open Monday through Saturday from 10 a.m. to 5 p.m. and Sunday from noon to 5 p.m.

Why You Should Visit: If you visit the Little Ponderosa Zoo and Rescue in the morning, pack a picnic lunch and head over to South Clinton Park for an afternoon of fun. Play a game of hoops or follow the walking trail. It also has a playground for the kids and a volleyball court.

The park is open from noon to 5:30 p.m. Monday through Saturday and from 1 to 5:30 p.m. on Sunday. It’s a great location to enjoy the outdoors and let the kids run around for a while. Plus, it’s a free attraction in Clinton, TN.

Why You Should Visit: Gibbs Ferry Park is a local favorite for fishermen. With a fishing pier, a motorboat ramp, and picnic tables and grills, you could spend a whole day enjoying the park’s beauty.

In addition to fishing, you can go kayaking. Numerous Google reviews mention the peaceful setting. It’s a small park but a great spot to cast a line for a few hours and relax while visiting Clinton, TN.

Why You Should Visit: How can you pass up a home-cooked meal at a place called Golden Girls Restaurant? The log cabin immediately sets the mood. And from the moment you enter, you’ll be greeted with warm Southern hospitality.

Order the Tennessee country ham or country fried steak for an authentic Southern meal. Or try the chef salad or grilled salmon if you prefer a lighter fare. They also serve breakfast all day, so enjoy a country omelet or French toast any time you visit.

Is Clinton, TN, Worth a Visit?

Clinton isn’t a little country town in the backwoods of Tennessee, but it’s not a huge metropolitan area like Nashville either.

This nice mid-sized city offers relaxing outdoor recreation, a chance to get up close and personal with animals, and a glimpse at the Jim Crow era.

So the next time you plan a road trip, take a detour and stop in Clinton, TN. You’ll be glad you did. 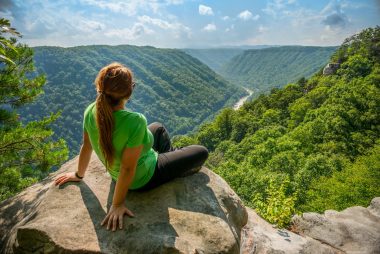 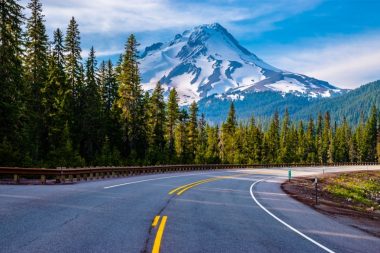 Which State Has the Most Scenic Roads?